Two Case Studies on the Creepy Side of Our Creeping Libertarianism 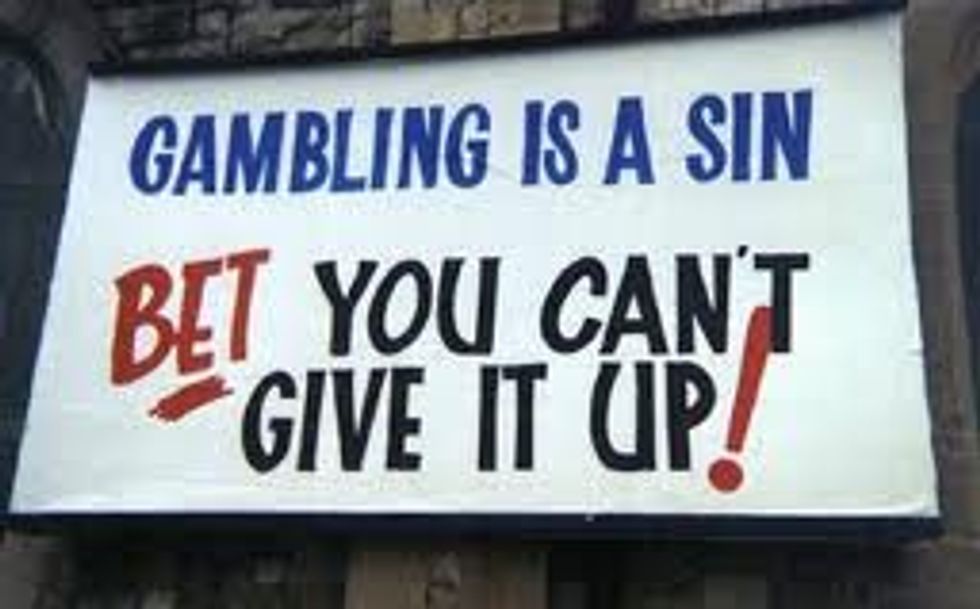 Conservative NYT columnist Ross Douthat explores the next stage of creeping—and sometimes creepy—American libertarianism.  We Americans are still becoming less Puritanical, if by Puritanical we remain a combination of religious conservatism and liberal communitarianism, a combination that leads us to be concerned with the moral well-being of our fellow citizens and fellow creatures.

Now we can’t quite put legalized gambling and legalized marijuana use on the same moral page.  In my state of Georgia, I appreciated the evangelical Christians who opposed a state-run lottery, and I wanted to damn the governor who got it passed (barely) by offering the bribe of free tuition at our public colleges (and an equivalent discount at our private colleges).  Now this use of the gambling money did improve higher education and education in general in Georgia in a number of ways.  Admission to the University of Georgia, not surprisingly, became much more competitive, and the increase the quality of student admitted led to an increase (well, perhaps not quite a corresponding increase) in the quality of education delivered.

Still, we egalitarian Puritans couldn’t help but notice that the lottery was highly regressive.  Because there is no “means testing” of the relevant benefit, anyone can see the Georgia Lottery had the effectual truth of taxing poor people to send mainly middle-class kids to college.  The Lottery is not a tax, you say!  But prosperous people are too smart to play it, or play it only once in a while for fun.  It’s the desperate who play it compulsively, hoping for the only “way out” they think is available to them.  People who don’t have control over their lives, of course, turn to chance for redemption.  Anyone who believes in “nudge economics”—as most sophisticates do these days—would call the lottery an extreme case of “negative nudging.”  If the citizens of Georgia want higher education, technical education, and so forth to be free, they should just raise taxes!

Most of our country—although not yet Georgia—is being overrun by casinos.  We no longer hide behind the “tribal fig leave” in not only legalizing but aggressively facilitating that easy way to raise public money, and that easy way to satisfy big donors to political campaigns.  Almost every American—including me—lives within easy driving distance of casinos.  That is a pretty big and quick change in the cultural landscape of our country.  And it’s not a change we should believe in.  As Ross observes:

[I]n the case of casinos…, [the] consequences for the common good are straightforwardly disastrous. As the Institute for American Values report points out, the alliance of state governments and gambling interests is essentially exploitative, and the tax revenue casinos supply comes at the expense of long-term social welfare. Casinos tend to lower property values and weaken social capital in the places where they’re planted, they’re more likely to extract dollars from distressed communities than to spur economic development, and their presence is a disaster for the reckless and the addiction-prone.

The negative nudging is obviously far more pronounced, of course, than it is in the case of lotteries.  Ordinary people are obviously being exploited.  Casinos undermine middle-class life, encourage recklessness, and entrap those prone to addition.  But, some libertarians respond,  people should be free to do what they’re inclined to do and take responsibility for the consequences of their actions.  And what’s wrong with the government replacing the Mafia in catering to a “preference” that we’re in no position to judge?

I admit that legalizing marijuana is rather different.  Nobody can contest all that much the libertarian point that our prisons are overpopulated with those who’ve been given shamefully big sentences for nonviolent drug-related convictions.  Marijuana is not addictive in the sense “hard drugs” are, or probably even in the sense gambling can be.

Marijuana can be the source of fairly harmless recreation for sophisticated and prosperous people.  But I’ve noticed all my life that its habitual use makes people stupider than they need be.  I also notice that Tyler Cowen—in his engagingly honest piece of libertarian futurology Average is Over—says that one reason the Americans who will devolve from being middle class to marginally productive won’t engage in much political agitation is that they’ll have ready access to on-screen entertainment and legal marijuana. Marijuana, Cowen comes close to saying, will be one of the twin pillars of the idiocracy to come.

If a nudge economist wants to use public policy discourage cigarette smoking and drinking giant sodas, you’d think he’d also want to use public policy to discourage the use of marijuana.  Marijuana might not affect your health in the narrowest sense of health, but we Puritans notice it does affect the sustainability of civilized life in quite obvious and measurable ways.  Who can deny that completely unregulated marijuana use will have, as Ross claims, a negative effect on the economic mobility of Americans? And nobody can deny that economic mobility is already on decline in our country for a variety of reasons, many connected to some of  our various new births of freedom.