The Organic Return Home: The New Trend in Feminism? The Newest Trend in Conservatism? 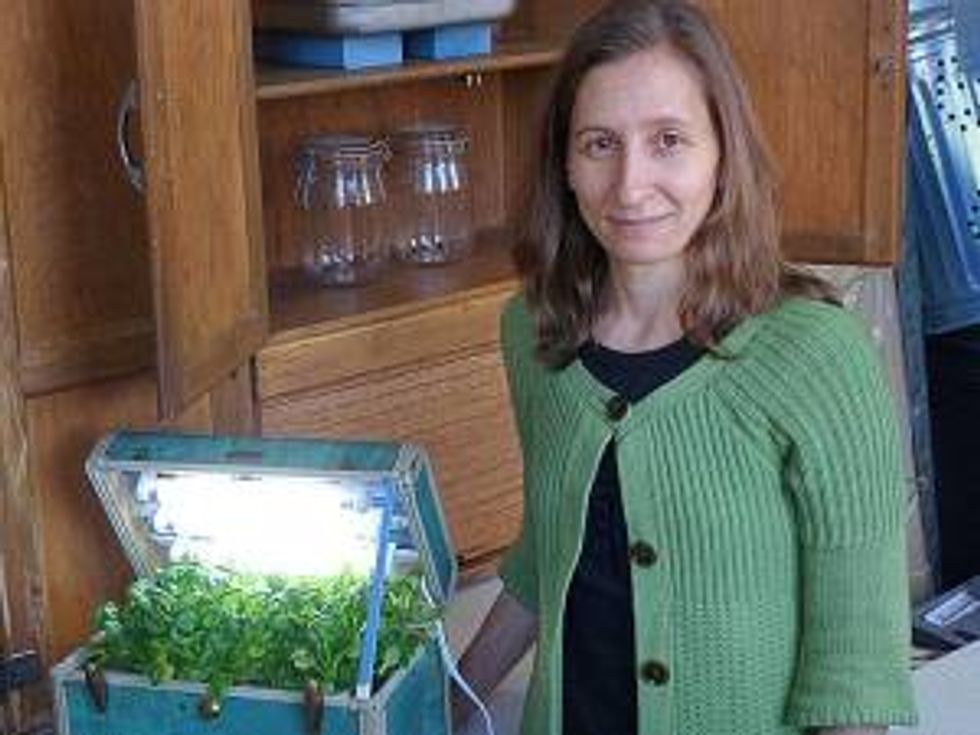 So you really have to hand it to The Atlantic.  It’s the magazine that’s “thinking outside the box” (I actually hate that phrase; anyone who uses it can be found way inside some trendy box;  I’m using it with some irony and am therefore an exception.

Emily Matcher reports that “progressive” (meaning being all about Sixties’ social reform) and “conservative” (meaning being for traditions and against promiscuous liberation) movements are converging.  I’ve already reported to you—with the example of Rod Dreher—that one name for this new trend is “crunchy” (meaning, of course, Granola-y) conservatism.  Emily’s calls this trend “all-natural domesticity.”  Actually, the two names don’t refer to exactly the same trend (Dreher adds a heaping helping of orthodox religion to his), but close enough for now.

Emily reports that “progressives are embracing home and hearth with new vigor under the guise of environmental sustainability, anti-consumerism, and better health.”  The so-called progressives are hiding the fact that they just want to be all about being at home with the kids.  They’re also hiding the fact that it’s the women—more than the men—who want to be liberated from unnatural and unsustainable individualistic conventions to make a home.

The progressive conservatives are at war “with the very idea of convenience” in its various manifestations—such as “laziness in the kitchen.”  What’s wrong with feminism?  It “killed home cooking.”  What’s wrong with Michelle Obama as role model?  Well, “she doesn’t like to cook.”

One of the features of this new and more totally organic parenting is “co-sleeping.”  That means the parents and the kids in the same bed.  I first heard about this from a very organic and very conservative Catholic whose really smart wife stays home and does all kinds of organic stuff with their large number of children.  What about the other big pleasure of being married?  It becomes tricky and has a lot less to do with the bed.

This having the whole family in one big bed calls to mind the travails of frontier life or living in immigrant urban squalor.  But these educated and at least somewhat prosperous parents are choosing it!

Lots of unnatural progressives and libertarians and feminists and such are complaining that all-natural domesticity is “turning progressive women into unwitting gatekeepers of conservative gender norms.”  That seems to me unfair;  these women are hardly “unwitting.”  They know what they’re doing as well as almost all of us.  Ms. Matcher “talked to dozens of women who cheerfully say that their new domestic endeavors are much more fulfilling than their old jobs.”  They even regard going home as “a feminist act”—a liberation to be creative and fulfilling and really engaged in the art of living.

It might actually be true that “the return to nature” is more equivalent to “a return to fundamental values” than lots of liberated sophisticates like to think.  It’s also more libertarian than we like to think.   The effort really to make the home a home again is based, in part, in distrust of public institutions from the EPA to the public schools. Home schooling is on the rise—both to make the home more self-sufficient and to save the kids from the bureaucratic inanities that have trivialized public education.

There’s a lot more I can say.  I want to admit, so that nobody misunderstands, that I’m a lot more about convenience than these progressive, crunchy conservatives.  I’m somewhat repulsed by co-sleeping, like to eat in restaurants, am so lazy that I’m rarely in the kitchen, have only one kid (who was born in a hospital and wasn’t homeschooled).  I don’t offer my life as a role model for anyone.

But I do think that the main negative trend in the country is a kind of thoughtlessly creeping (and sometimes creepy) lifestyle libertarianism.  There are many ways of countering that trend.  And the one described here  has a lot of instructive (and maybe a few ridiculous) features.  People, to repeat, are choosing it with clear eyes and full  hearts.