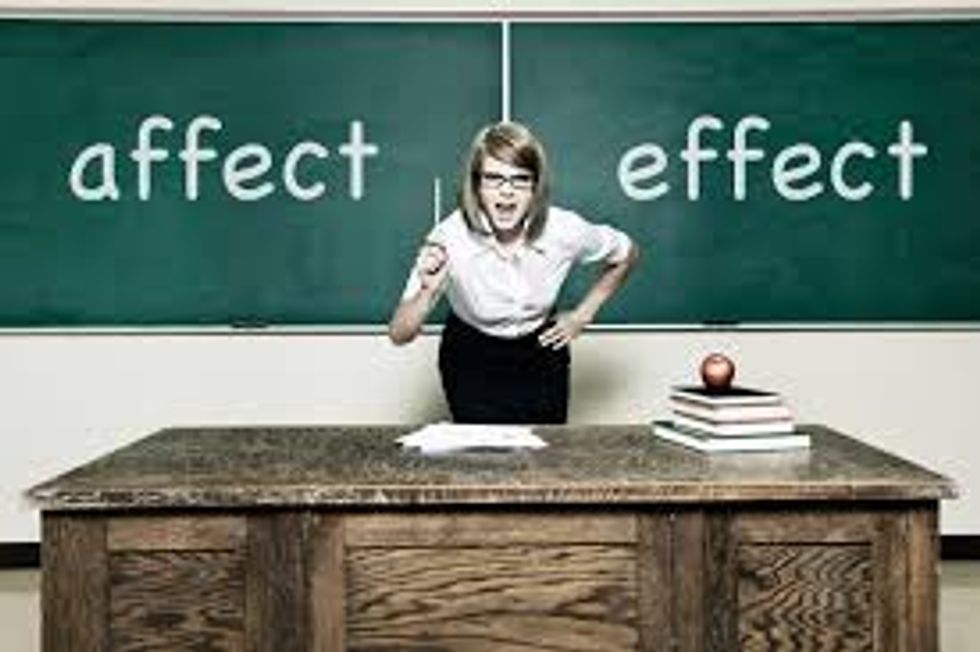 So libertarians are rightly outraged by the Obama administration’s new Puritanical speech code.  But others have either praised or blamed that same administration for its “aggressive libertarianism” when it comes to sexual behavior—its promotion of the right to contraception, its opposition any limitation on abortion as religious extremism, and its firm embrace of the cause of gay rights.  Some might say this is the most and least Puritanical administration in history.

In the opinion of the Departments of Justice and Education, the fact that speech is true is no barrier to its being punished.  Colleges must have a code that prohibits the spreading of even true sexual rumors—for, I suppose, telling the truth about someone did last night.  Ladies and gentlemen, it goes without saying, don’t do that kind of thing.  But should there be a legal code?  We live in a free country, after all.

If anyone is offended by speech about sex “for any reason”—even a reason that wouldn’t be recognized by any reasonably objective person, then the speaker should be punished.

Because I’m sort of creeped out by The Vagina Monologues, those speaking the monologues would be in big trouble.

The same would go for anyone who expressed moral disapproval for any kind of sexual behavior.  Even saying words like “sexual promiscuity” might offend someone.

The same would go for speech that offended a student who’s repulsed by the very idea of gay sexual behavior.  Or speech about heterosexual behavior that repulsed the gay student.

The same would go for speaking well of someone’s physical appearance, asking for a date, or what used to be regarded as harmless flirtation.  Saying “you’re looking good today, baby” would be a violation of the code.  Even if you’re really looking good.  That same would go, I suppose, for a more gentlemanly comment about how pretty you are in that dress, if it were interpreted—even objectively unreasonably—as “hitting on you.”

So, to say the least, this new mandate will have a chilling effect on sexual speech on campus.  There’s no way you could discuss any sexual behavior in class.  Not only couldn’t you discuss Lolita, Shakespeare and the racier parts of the Old Testament might have to be purged from the curriculum.  I make a big deal of the issue of the relationship between incest and philosophy that Aristophanes brings up in a witty and vulgar way in the Clouds. Students don’t usually welcome the opportunity to have a conversation about incest, and especially about how questionable their revulsion to it is.  Book V of the Republic, with the community of women and all that—that always creates a bit of an unwelcoming environment for some students.  Well, it’s supposed to; it’s supposed to get them thinking about the possibility that what we regard as natural sexual differences are merely repressive conventions.  Once I’ve written that, I realize that we just won’t be able to teach most of the content of “women’s studies” classes anymore.

A big objection any professor would have to these Puritanical regulations is that they empower student affairs staffs to have a bigger role in schoolmarmishly regulating the campus environment, including assuming a more intrusive role in determining what goes in the classroom and in ordinary conversations between professors and students and students and students.

As Ken Masugi points out, the goal of the combination of permissiveness in sexual behavior and the regulation of sexual speech is the de-eroticized campus.  One part of the goal is banning genuinely philosophic inquiry from campus.  Read and talk about The Brave New World while you still can.

Now I’m not denying that lots and lots of sex talk on campus is loutish and degrading to both men and women.  Those who have the manners of ladies and gentlemen are mighty rare in most places.  There’s a real problem here, but the solution can’t come in the form of a repressive policy from the national government’s bureaucracies.

I could say something about the recovery of manners and morals, but I might lose a large part of my audience.

You might say I'm overreacting.  Draconian speech codes are clearly unconstitutional, and surely our Courts will get around to smiting these neo-Puritans.  Well, you're probably (but not certainly) right.