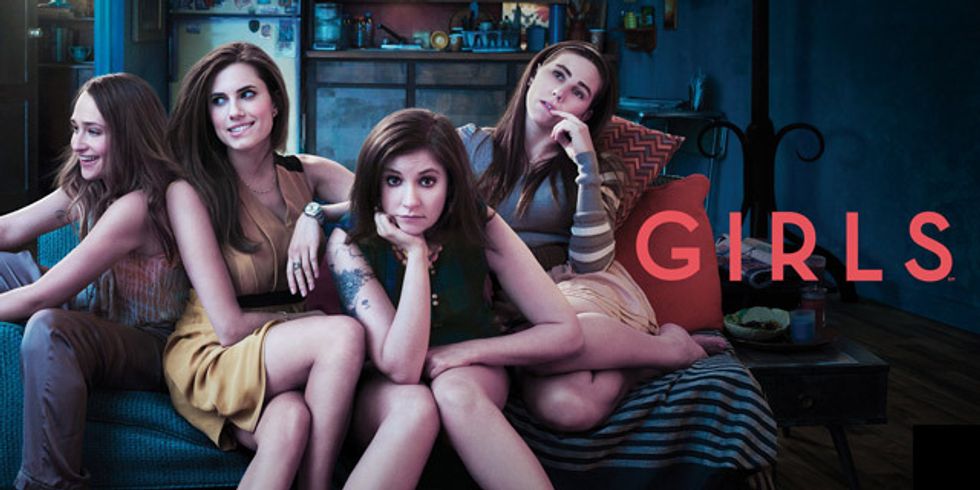 So here's some savvy conservative commentary on Saturday Night Live's  hilarious fake promo for the new season of the HBO hit Girls.  Introducing a needed note of realism into the show is the new character Blerta from Albania, who has a lot to say about how trivial, stupid, weak, ungrateful, and trashy the lives of Hannah and the others are.  Blerta's life has been full of real problems, and she can be grateful just  to have a roof over her head.  (The linked article also includes a YouTube of the sketch.)

My favorite moment:  Blerta say to Hannah: "It's okay, you're only 15.  Hannah: "No I'm not. I'm 24."  Blerta:  "What the f--- is wrong with you?"  That, of course, is a comment on how long adolescence has become, for all practical (not to mention emotional) purposes, for our privileged and clueless young women.

Apart from being a well-crafted piece of pop-culture satire, the SNL sketch ought to serve as a sobering reminder to any who might find themselves captivated by the lives of Lena Dunham and her pals. Blerta speaks for the 99% of the globe throughout human history that, should they be so lucky as to find themselves in front of a TV, would laugh themselves to sleep when once they heard what passes for “drama” in the lives of members of my generation.

Girls may be “just a TV show,” but for millions of young people, it is wildly popular and highly influential. Of course it’s not only Girls that is informing and shaping the worldview of Millennials across the country, but it is yet another artistic, celebrated coordinate being plotted on a cultural map that is guiding my generation to think promiscuous, self-indulgent, self-medicating lifestyles are things to be desired.

My objection to this bit of criticism is the lives of the "girls" on Girls are so obviously not desirable.  The show displays promiscuity, self-indulgence, and self-medication as the foundations of really pathetic lives lacking in any insight into the key personal questions about "who I am" and "what I'm supposed to do."  SNL hit a home run because the ball was teed up and so easy to hit.

My opinion is that the show--even unmocked through modest comedic exaggeration--actually supports "culturally conservative" views about what's wrong with our country--beginning with how bad allegedly liberal education is at many of our elite institutions, the self-indulgence of our parenting, and how degrading and self-denying it is to attempt to detach one's sexual life and sexual identity from the relational imperatives that each of us are given by nature and his or her place in society.  These girls couldn't be meant to be role models for anyone, so lacking are they in moral and intellectual virtue. They lack self-respect based in real accomplishments or even rather basic impulse control.

Dunham's very  memorable character Hannah, for example, has a wounded, narcissistic soul that is neon-displayed through her OCD and her regression to infancy by the end of the second season.  Who would want to be Hannah?