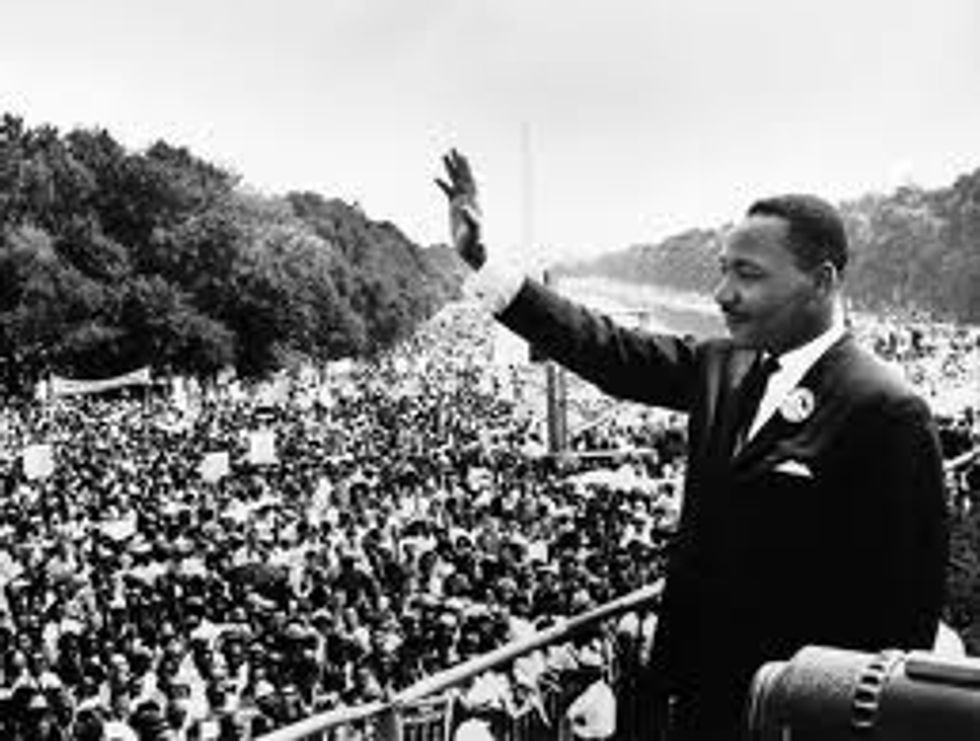 1. Today is Lee-Jackson day. It reminds us that Virginia was forced into a war it didn’t want by events initiated by the states of the deep South and President Lincoln. Other states started the war by seceding in response to the agitation by hotheaded aristocrats (masters) without anywhere near sufficient justification. Virginian generals were stuck with making the best of it. They almost won it. The war, of course, was really lost in the West.

2. Today is the day we celebrate the birth of Martin Luther King Jr. His “direct action” was designed to wake up “white moderates” who preferred order to justice and so were indifferent to other men’s inability to be fully free. The result was the Civil Rights Act of 1964, which effectually extended the color-blind spirit of the original Constitution to state law by finally enforcing the Fourteenth Amendment. MLK was a singularly courageous, eloquent, and mission-driven man.

3. Tomorrow is the 40th anniversary of Roe v. Wade, a decision that continues to divide Americans. The victory of MLK's civil rights movement in changing in American minds was relatively quick and ambiguous.  That's because Dr. King was appealing to what was best in our tradition, to the clear meaning of the Declaration of Independence.  Virtually all Americans now know that the enslavement of blacks was unjust because those who enslaved, like us all, were endowed by their Creator with inalienable rights.  Not only do we know that, Thomas Jefferson knew that.

But we have no similar resources in our constitutional tradition for deciding whether or not the life of the unborn baby or fetus takes precedence of the right of the woman to have a property in her body and so the liberty not to have an unwanted baby.  The Supreme Court tried but failed to bring our national controversy over abortion to an end with a proclamation concerning liberty. And so our two political parties continue to take extremely opposed positions over whether abortion should be legal and whether Roe was rightly decided.  Americans aren't less pro-life or more pro-choice than they were in 1973.  The pro-life and pro-choice movements continue to clash over which holds the true legacy of the civil rights movement, and over whether Roe is another Brown v. Board of Education or another Dred Scott v. Sandford.

4. Today, of course, is also Inauguration  Day, and the festivities were unusually classy and uplifting.  The president's speech ambitiously moved from the Declaration's "We hold these truths" to the Constitution's "We, the people" and finally to his specific progressive policy agenda. He showed that he knows so well that even progressives can't detach themselves from the ancient faith found in the Declaration and the Constitution concerning the freedom of us all.

We, the people, declare today that the most evident of truths – that all of us are created equal – is the star that guides us still; just as it guided our forebears through Seneca Falls, and Selma, and Stonewall; just as it guided all those men and women, sung and unsung, who left footprints along this great Mall, to hear a preacher say that we cannot walk alone; to hear a King proclaim that our individual freedom is inextricably bound to the freedom of every soul on Earth.