Putting the Humanity Back in Economics 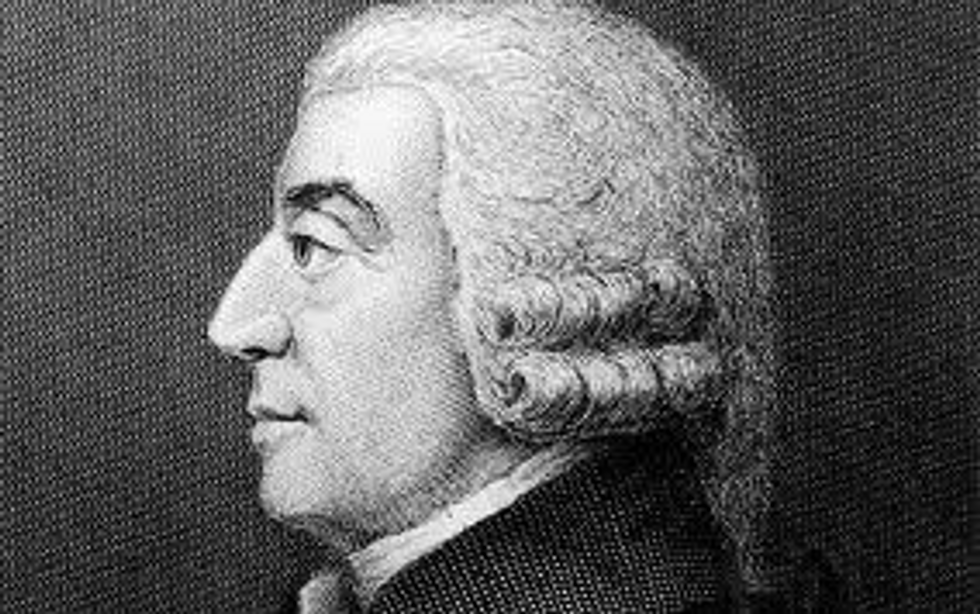 So Professor Jacob Stoll defends the study of the humanities with the thought that all the great economic thinkers from Aristotle to Locke to Adam Smith to Karl Marx to Lord Keynes and so forth and so on have been primarily "humanists."  They thought of economic thinking as a part of thinking about the whole human being and the whole human good.  It was a part that couldn't really be separated from the whole.  So separating economics from politics and philosophy didn't occur to them to be either desirable or possible.  As Professor Stoll explains:

[T]he greatest revolution in economics in the past 50 years involves not only the transformation of the discipline into a more quantitative science but also the separation of the business curriculum from the humanities. Training in economics at the college level no longer forces students to think of people as moral agents shaped by religion, culture, and society, but rather as one-dimensional rational actors blindly pursuing material self-interest. Even behavioral economics, which challenges the rational-actor theory, makes universal claims about human psychology without the deep context of history and culture. (Can there truly be universal or biologically motivated shopping habits or attitudes toward consumerism?)

Now there's something to be said for thinking of human beings, for instructional or experimetnal purposes, as "one-dimensional rational actors blindly pursuing material self-interest," as long as you don't forget that your not thinking about whole, real people.  The philosophers Thomas Hobbes and John Locke even said that human beings would be better off if they more consistently understood their relationships with others in terms of consent and contract in the service of self-interest.  For them, the doctrine of self-interest rightly understood was, in part, reformist or enlightenment propaganda.  It was propaganda that did some good in making the world more prosperous and free, even as had its downsides when it came to moral agency or purposefulness, religion, culture, and philosophy.

But those more "humanistic"—meaning philosophically educated and concerned—economic thinkers of the past were aware of the limits of that kind of explanation, just as they were aware that arguments for so-called "rational choice" are, in part, a kind of liberal (we now say libertarian) propaganda.

What's wrong with economists who only know their technical discipline and no more is they easily forget that limits of what they can explain.  And they easily become dogmatists in the thrall of a combination of scientism (or going beyond scientific knowledge in the direction of ideology) and advocacy.  They really think that they can explain everything through self-interest or demand or whatever, because they haven't learned enough—or studied widely and deeply enough—to know otherwise.

Professor Stoll is also right that when rational-choice is rejected as an unrealistic abstraction, it tends to be replaced by the new forms of scientism of behavioral economics—ones that go in the other direction of abstracting from the real capacity of reason to manage human affairs.

The problem with the purging of the humanities from the study of business generally is that students never attend to the fact that marketing and management—not to mention economics—are forms of sophistry.  The sophist, as Socrates tell us, sells his skills and competencies with the claim that knowledge is for money, power, and individual freedom. He also claims to know more than he really does by claiming that we can know less than we really do.

Contrary to what the sophists say, it's not true at all that we should rest content with the conclusion that money and power are for nothing more than whatever our personal preferences happen to be, with thinking that leads so easily to the conclusion that there's no human standard we share in common higher than personal productivity.

There's nothing wrong with being a sophist, to a point.  But the point of higher education is acquiring the civilized and humane knowledge of what that point is.  The logic of the market or whatever cannot and should not define whole human lives or enter into every human relationship.  The logic of the market shouldn't be limited or guided by mere "values" (even in the sense of "family values") but by virtues, including (but not only) the ones praised by Adam Smith.

The real problem, as I've said before, is the separation of knowledge into the sciences and the humanities—including the social sciences and the humanities—is based on artificial abstractions that we tend to forget are merely artificial abstractions.  One point of higher education is to see the limits of so-called academic disciplines, and that means being a lot more than merely "interdisciplinary."

So, for one thing, economists would respect "humanists" more if they truthfully respected the real competence of economists and business leaders.  Professors of the humanities have to acknowledge that they share in the task of preparing students to be members of the productive meritocracy that shapes the 21st century global competitive marketplace.  After doing so, they can remind our economists that our best thinkers and leaders have always been and will remain more than sophists.  And higher education, for us all, is about much more than becoming an efficient sophist, because the world is much more than a marketplace.