Pope Francis on Our Elitist Indifference 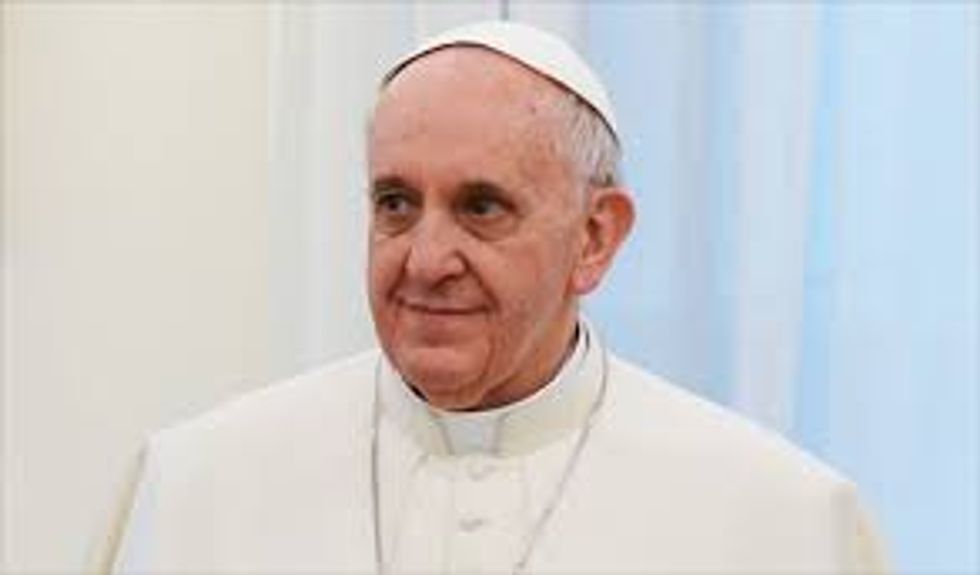 So now that he's been named Time's man of the year and all, it might be safe to say something good about Pope Francis on BIG THINK.

Liberals like the pope because he seems to have deemphasized sexual ethics in his presentation of Christian belief, and because he has "rebranded" the church as primarily about charitable concern for the poor and the marginalized (including, of course, the lonely).

Some liberals in particular are especially pleased by what they hear was the pope's attack on capitalism, which they understand to be his preferential option for the policies of the redistributist Democratic party over Republican greed.

But what the pope said was actually more challenging than that.  He was taking on the complacency of our creeping and sometimes creepy libertarianism.  He was attacking the free market less as an economic mechanism than as a way of thinking that leads to the conclusion the market logic of contract and consent can and should inform all of our lives.  His shot was fired at our whole "cognitive elite," from Wall Street to Silicon Valley to our foundations to our institutions of higher education to our gated communities found in our richest zip codes to our condescending bureaucrats to our sophisticated self-help experts.  Our "lifestyle libertarians," after all, can be found both on our left and our right, and there's no evidence at all that the most personally charitable and generous Americans prefer the Democrats to the Republicans.

Here are the relevant words in the pope's The Joy of the Gospel:

In this context, some people continue to defend trickle-down theories which assume that economic growth, encouraged by a free market, will inevitably succeed in bringing about greater justice and inclusiveness in the world. This opinion, which has never been confirmed by the facts, expresses a crude and naïve trust in the goodness of those wielding economic power and in the sacralized workings of the prevailing economic system. Meanwhile, the excluded are still waiting. To sustain a lifestyle which excludes others, or to sustain enthusiasm for that selfish ideal, a globalization of indifference has developed. Almost without being aware of it, we end up being incapable of feeling compassion at the outcry of the poor, weeping for other people’s pain, and feeling a need to help them, as though all this were someone else’s responsibility and not our own. The culture of prosperity deadens us; we are thrilled if the market offers us something new to purchase; and in the meantime all those lives stunted for lack of opportunity seem a mere spectacle; they fail to move us.

The pope opposes "a globalization of indifference."  That means that indifference is not a particularly American problem, because the lifestyle based on "the selfish ideal" that emerges from being "deaden[ed]" by "the culture of prosperity" is found in an elite that's been globalized or disconnected from responsibility to a particular place, country, or faith.

What the pope says here is hardly new:  Alexis de Tocqueville named indifference individualism, and he described it as a kind of heart disease that locks particular people up in a narrow circle of family and friends.  The thought is that love and hate are more trouble than their worth. And so are, it follows,  the virtues that flow from love and compassion and generosity extending our hearts to those in need. Who can deny our elitists these days are less willing than ever to take civic or religious responsibility for their fellow citizens or creatures? Now they may be fine with paying taxes for government bureaucrats who ameliorate the condition of the poor.  But that's not, after all, personal responsibility.

Globalized, elitist indifference is one piece of evidence among many that  economic growth and technological progress, by themselves,  don't inevitably lead to more justice and more inclusiveness.  The complacent libertarian Tyler Cowen, for example, has explained that throughout the world societies are dividing into two classes.  First, there is the relatively few members of our  hyper-competent and hyper-productive cognitive elite--those who display comfortable mastery of genius machines.  And then there are the many who are, at best, marginally and live increasingly diverted from their plight by the entertainments provided on screens and perhaps by legalized soft drugs.

The world, we can say, might be getting less inclusive.  Sure race, gender, religion, and all that may mean less than ever in the 21st century competitive marketplace.  But it might also be true that the middle class is withering away.  As Cowen puts it, "average is over."  The inclusivity of an almost universally middle-class nation is a dream that's fading fast.  We have to admit that the evidence for the truth of "trickle-down theories" is not as strong as it once seemed to be.

So--from the point of view of Christian love--what else is Pope Francis supposed to do but remind us, that despite or becuase all the freedom and prosperity we enjoy, we live in an emotionally stunted time?

It goes without saying that Pope Francis was talking up loving, personal responsibility as the foundation for a common good that, in justice, sometimes trumps individual freedom and maximum conceivable prosperity.  He wasn't talking up some progressivist or socialist route to bigger and more omnicompetent government.