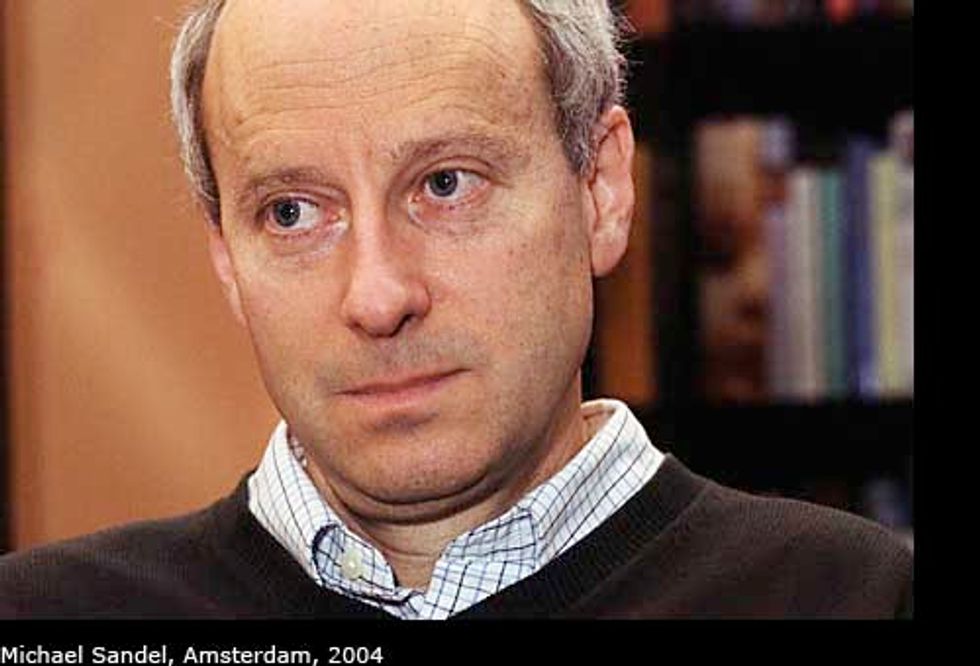 Nathan Harden writes with his characteristic techno-confidence that most higher education will be online soon enough.  That means that most non-elite private colleges and many mediocre public institutions will soon be out of business.  It also means that only quite a risk-taker would get a PhD today in some discipline in the liberal arts with the intention of teaching. The market for professors will rapidly shrink, and only very engaging and otherwise entertaining instructors will command an audience and so make a living.  One piece of good news, of course, is the professors who make it big will be enormously influential, teaching thousands or conceivably millions.  Another piece of good news is that their wisdom will become inexpensive and genuinely inclusive. The most provocative and charming Harvard professors—such as Michael Sandel—will teach us all.

It would be easy to criticize Harden for begging all sorts of questions, such as who'll do the evaluating of some hugely popular professor's hordes of students.  And not only does his "vision" slight writing papers, it does the same with reading books—particularly real books, as opposed to textbooks.

Harden actually admits, I have to add, that going online will only accelerate the present consumerist trend that's increasingly fatal for demanding professors with poor student evaluations. He gives that fact a positive spin by saying that those who excel at research will be liberated from the chains of teaching, and presumably those who teach—or basically entertainingly present ideas and information—will be liberated from the burden of research. The very competitive online environment—an endless menu of choice, as the libertarians say—doesn't hold much promise as an antidote for grade inflation.

Harden's case for the brave new online world, however, is often less for its innovative superiority than against what's going on right now:

For nearly a thousand years the university system has looked just about the same: professors, classrooms, students in chairs. The lecture and the library have been at the center of it all. At its best, traditional classroom education offers the chance for intelligent and enthusiastic students to engage a professor and one another in debate and dialogue. But typical American college education rarely lives up to this ideal. Deep engagement with texts and passionate learning aren’t the prevailing characteristics of most college classrooms today anyway. More common are grade inflation, poor student discipline, and apathetic teachers rubber-stamping students just to keep them paying tuition for one more term.

If you ask students what they value most about the residential college experience, they’ll often speak of the unique social experience it provides: the chance to live among one’s peers and practice being independent in a sheltered environment, where many of life’s daily necessities like cooking and cleaning are taken care of. It’s not unlike what summer camp does at an earlier age. For some, college offers the chance to form meaningful friendships and explore unique extracurricular activities. Then, of course, there are the Animal House parties and hookups, which do take their toll: In their research for their book Academically Adrift, Richard Arum and Josipa Roksa found that 45 percent of the students they surveyed said they had no significant gains in knowledge after two years of college. Consider the possibility that, for the average student, traditional in-classroom university education has proven so ineffective that an online setting could scarcely be worse. But to recognize that would require unvarnished honesty about the present state of play. That’s highly unlikely, especially coming from present university incumbents.

So the big point turns out to be that online education is surely inferior to highly intelligent students reading and talking about real books in small classes with engaged instructors. BUT:  That teaching method only really benefits the best students.  AND: You can't find it much anymore anyhow.  Given that liberal education in that precise sense—"passionate learning"—has about disappeared anyway, it's silly to worry that it probably won't make it online.

Here's, according to Harden, what's really going on at our so-called liberal arts colleges: Lazy professors with an undeserved sense of entitlement giving lazy and unskilled students undeserved high grades just to soak them for another semester's tuition. The studies are showing that nobody is learning anything but all kinds of nasty "animal house" habits.

Here's Harden's ringing endorsement of online education:  Well, it won't stink more, it'll be real cheap, and it won't screw your kids up more than they already are.

It goes without saying that I think Harden, to make the online case way too easy, is shamelessly exaggerating how bad our colleges are now. To begin with the obvious, if you actually read Academically Adrift, you'll find out that "no significant gain" plagues mainly students choosing soft-techno majors such as public relations or beverage management. It applies much less to those students—even average students—choosing "traditional" majors such as history or philosophy or physics.  More generally, what's most wonderful about American higher education is its diversity.  We surely have more really good and really bad institutions than anywhere else.

Exaggerations, of course, are only exaggerations because they contain some truth. And there's more truth still in Harden's observation that colleges have spent far too much money on attracting students through educationally irrelevant amenities and bloated student affairs staffs.

It turns out that those residential colleges around in a generation or two will mostly be those that are really concerned about perpetuating what's more-than-technical about higher education.