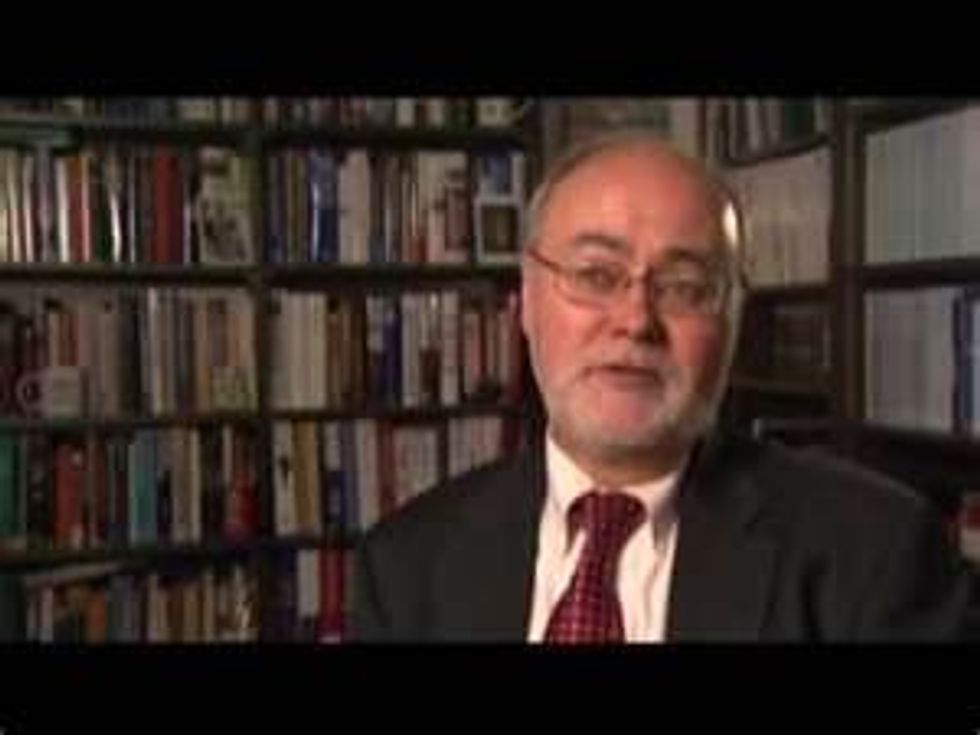 Larry Arnhart, the leading Darwinian conservative, wonders whether I've converted to his faith, doubtless due to his efforts at sharing the good, evolutionary news.

Larry is, of course, not an evangelical Christian.  He, like E.O. Wilson and Sheldon Cooper, was too traumatized by his Southern Baptist childhood to be open to that faith-based possibility.  I use the word evangelical in a literal and so ironic sense.

To those who have denied that E.O. Wilson's science could suggest moderately socially conservative political conclusions, I refer you to Larry's very challenging blog. Larry comments on all the latest evolutionary studies, often trying to enrich them with perennial insights from the great tradition of political philosophy.

I could also refer you, of course, to the work of Jonathan Haidt, who explicitly bases his work on the "audacious" claim of Wilson that the science of evolution could be extended to the details of human behavior.  Haidt, in The Happiness Hypothesis (which shows that he, like Larry, actually knows a lot about real philosophy), explains that we're brilliant like the chimps but also eusocial or ultrasocial like the social insects.

The chimps have the brains but just can't get along with each other.  Our hardwiring, so to speak, for social instinct is superior. We picked up, as Haidt says, a little bee and ant along the way.  That's why we dominate the planet and can take out the chimps any time we want.  And that's why the various PLANET OF THE APES movies are ridiculous fantasies.  (Wilson, for the record, is way against taking the chimps out, but he's a sentimental sucker for ecological diversity.)

For us, reason has the ultrasocial tendency to serve our attachments to groups and each other. The head, as Jefferson says, serves the heart—or social instinct or moral sense or simply morality.  Because we're so smart and stuff, we're not simply governed by instinct like those social insects (as Woody Allen found out when he mysteriously became an ant).  So our lives have to be consciously balanced, and that's why sensible social conservatism is moderate—or moderated by enlightened individualism.

Arnhart says along the way on his most instructive blog that he basically agrees with Haidt, while finding him philosophically naive (which he is).

So here are two experts explaining that the true teaching of E.O. Wilson is even more conservative than he knows.

Larry, once again, accuses me of being a Heideggerian existentialist. Well, Heidegger might have been the greatest philosopher of the 20th century.  Still, Larry didn't mean that as a compliment.  The philosopher Heidegger, after all, was a Nazi for a while and never said he was sorry.  I could get mad that Larry's calling me Nazi. But he's as serious as I was when I called the decent Mayor Bloomberg a Sugar Nazi.

Ironically, the existentialist or, in a way, resolutely individualist philosopher justified an ideology that was nut-job ultrasocial—or thought of people as nothing but parts of wholes called races and the Fatherland.

Actually, Heidegger eventually got around to criticizing Hitler for his "biologism," meaning that Hitler identified what we are entirely with our biological features.  He didn't see us as free individuals deep down.  That might be a problem with many strains of Darwinism too.  But I'll pass on calling Larry a Nazi.

Larry doesn't make it clear—because it would make him unpopular—that he holds that anyone who doesn't believe that the science of biology—or nature as we now understand it—explains everything about what we are is an existentialist.

St. Thomas, of course, reconciled Aristotelian naturalism with the Christian idea of the free person.  So, from Larry's view, it's not surprising that he has both Darwinian and existentialist features.  When Larry writes about Thomas Aquinas, he kind of ignores the parts about longing to know God, particular providence, and so forth.

The great Thomist of the 20th century was the American philosopher-novelist Walker Percy.  He says that the SCIENTIFIC task of our time is to reconcile what's true about Anglo-American empiricism with what's true about Continental existentialism.

So that begins to explain why I think Darwinians—especially Darwinian conservatives—aren't completely wrong.  Or completely right.  And the same with Heideggerian existentialists.