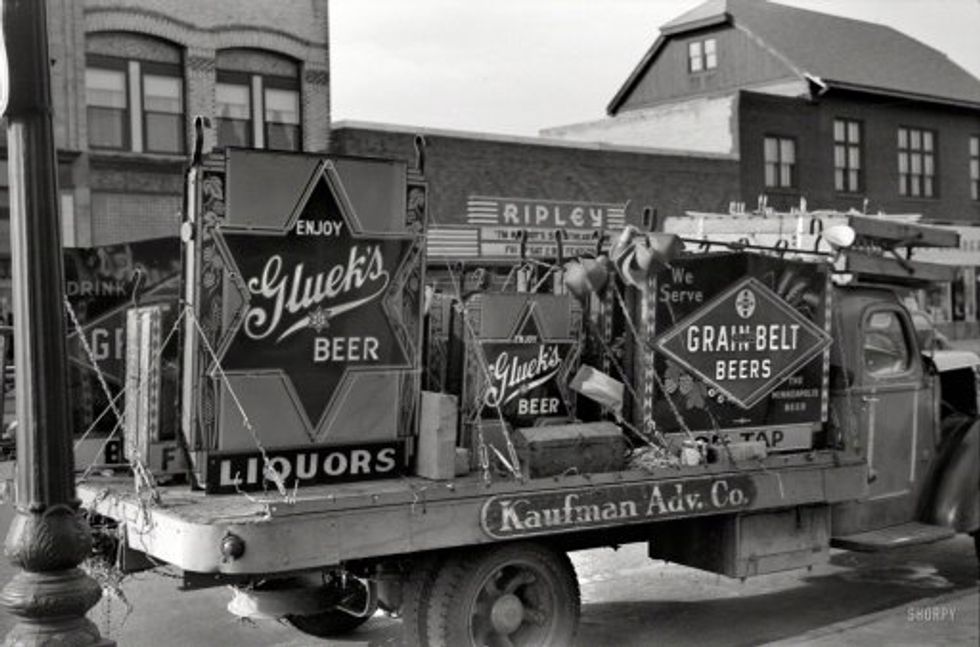 I'm taking a break from talking about conservative diversity to think  more about justifying the content of liberal education these days.

So here’s an account of chairs of departments of history attempting to justify why students should study and colleges and universities should fund their discipline.  That’s the job of the chair—to defend the department and the discipline in an increasingly skeptical and otherwise unfriendly environment.

Why is the environment unfriendly?  Well, studying history won’t get anyone a job—except teaching history or running some museum.  We used to be able to say that a history major could at least go to law school.  But even the market for new lawyers has semi-collapsed.

Not only that, studies show that history courses and especially majoring in history are comparatively hard.  So history courses only get in the way of maxing out on enrollment and on graduation rates.

The connection between college and personal productivity—earning at least decent bucks—is stronger than ever.  For one reason (as we read so often), college has gotten so expensive.  And so there better be an impressive measurable return.  It wouldn’t be so bad to be a history grad working at some coffee shop if it weren’t for paying off those loans.  For another reason, the country has lost much confidence that there’s any point to higher education beyond what can be captured by quantitative measures of productivity.  Not only do we doubt that “liberal education” is worth the money, we doubt that it’s even real.

The article mentions cutting-edge proposals to calibrate tuition rate to majors. Students choosing STEM (science, technology, engineering, and math) majors will be about preparing themselves to be highly productive members of society.  So we should charge them less. We're actually going to need their skills.

Because “humanities” majors in history, philosophy, and so forth will probably turn out to be pretty useless, we should charge them more for their irresponsible self-indulgence. They will often turn out to be a burden to society in many ways.

There is another way of looking at this tuition differential issue, though.  Science and technology majors are much more costly.  The professors get paid a lot, the required equipment is expensive, and many of the more advanced classes have to be small.

Meanwhile, history professors, at least at small colleges, make little more than subsistence.  And there are almost no equipment needs at all.

Because history (and philosophy etc.) majors are so much more cost effective, the students who choose them should be charged less.

For the future of the humanities, I hope my idea here catches on.

One chair says the key to saving history is to adjust the marketing of the discipline to the strategic priorities of the institution.  That means in one way or another downplaying historical content in favor of the marketable skills that are acquired by studying history.  There’s something to this approach.  The famous study Academically Adrift notices that the traditional, bookish majors such as history (and philosophy) give students much more measurable “value added” than seemingly more relevant techno-majors such as marketing or public relations.

But to say, as these chairs do, that history facilitates “critical thinking” is really not such a strong argument for choosing history in particular.  Plenty of demanding disciplines encourage critical thinking.

Becoming quite the critical thinker is valuable for many jobs.  But I don’t think many employers say that, in my experience, the key to solving the problems we face at our place is having been deeply engaged in the discipline of history.

Weaker still is the argument that the study of history is a “practice” that encourages “discovery.”  Surely for undergraduates (and especially as part of general education), history is something you come to know, rather than do.  That’s even true, I think, of science rightly understood.

The most sensible and intelligent panelist (not surprisingly) appears to have been Christy Snider of Berry College.  She says that the skills-based approach to history disses what is surely a deep public interest that people know a lot of about their country’s and the world’s past.  What country—what culture—has not encouraged the mastery of THAT kind of content? And what people have been more illiterate about their history than (even sophisticated) Americans now?  Many BIG THINKERS, for example, think their ideas are more innovative and disruptive than they really are because they don’t know any history.

That means, of course, that the study of history for undergraduates and especially for general education is primarily about a political and cultural narrative that helps students know who they are and what they’re supposed to do.   Historians, of course, undermine themselves when they drift away from narrative history, political history, intellectual history, military history, and so forth in favor of relatively trivial, highly specialized or trendily ideological pursuits. I won’t give any examples, because I don’t want to offend any historians.

I realize I haven’t given an argument for being an historian.  But every genuinely astute person I know is an intellectual consumer of history—that is, books written both by historians and people who have actually made history.  Anyone who has read history doesn’t think of it as information that can be GOOGLED whenever we happened to need it.

Here's my advice to you (based on what I do myself): Never have a trip to Barnes and Noble (or some other bookstore) without pulling at least five historical studies off the shelves for a quick read.  And then pick one to be downloaded to your NOOK or KINDLE later.  If history is boring, it's the fault of the historian. History that does justice to its material almost has to be interesting, if you think about it.  From the point of view of being a consumer of history, you needn't obsess all that much about the perfect accuracy of what you're reading.

I’m more about philosophy, politics, and even literature and theology than history.  But none of these humanistic or at least humane “disciplines” makes any sense at all without knowing all kinds of historical context.