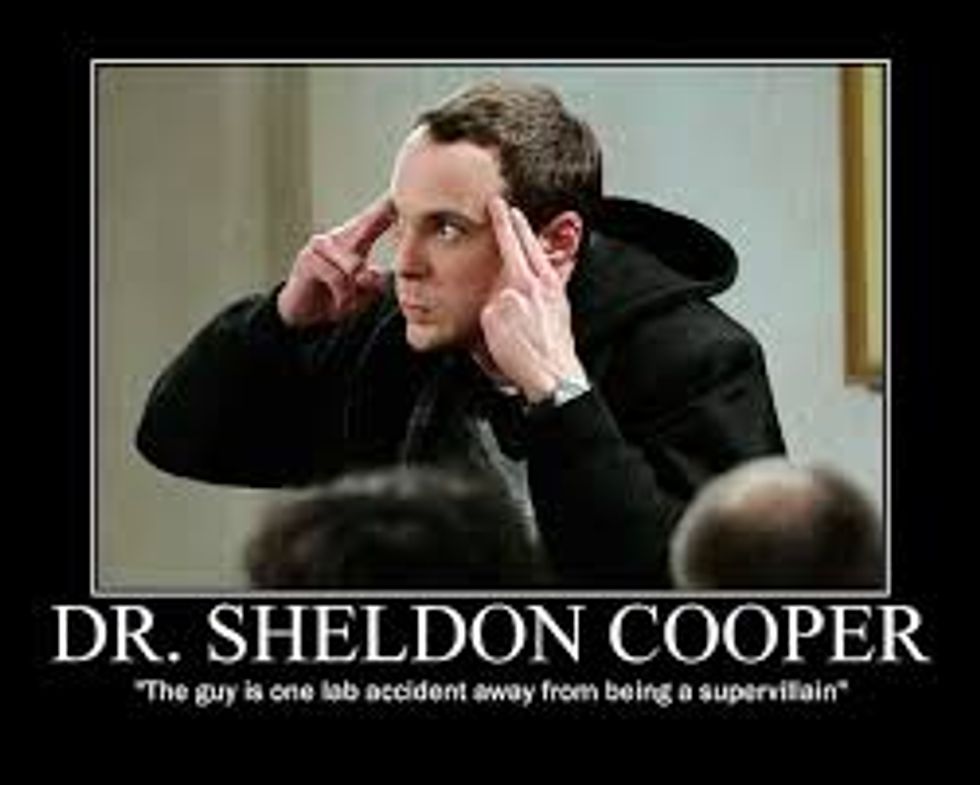 So I've been thinking a lot about the charge that conservatives are bad because they hate science.  But it's just not true.  Here's a beginning of my explanation why.

We conservatives say that the middle-class college or university of the libertarians doesn’t respect science for what it is.  In some immediate or obvious sense, there’s no one less productive than the theoretical physicist or mathematician, no one who cares about money less, no one who has less respect for the descriptive pretensions of the libertarian economist. We conservatives, no strangers to popular culture, love and respect the incisively witty portrayal of Sheldon Cooper on TV's The Big Bang Theory.  The caricature Sheldon highlights in neon letters something true and good about being human.

For the young, natural-scientist Socrates (not to mention the more mature conversational Socrates), the economist is nothing but a sophist.  Sophists know some useful stuff, and so they often deserve the money they command.  But they know a lot less than they think they do, which is why their theory of education reduces each of us to less than who we really are.  The biggest threat to higher education in America today is the sophist—the expert.

But we conservatives also think physicists know a lot less than they think they do.  As Walker Percy observes, the physicist might well understand everything but himself.  His mind might well be at home in the cosmos, but the trouble is he's more than a mind.

Sheldon is also more than a body or some combination of mind and body.  The real mind-body problem is that the persons for whom it is a problem are neither minds mor bodies.

So Sheldon Cooper mistakenly understands himself as a mind trapped in an alien body.  As long as he can't get over thinking and feeling that way, he'll think he was made to love string theory and not his girlfriend Amy, quite "the piece of work," a unique and irreplaceable person.

Physicists these days often become “new atheists” because they can find no room for persons—including a personal God—in the cosmos they can impersonally or deterministically comprehend. But that's because they've made the mistake of forgetting to wonder whether there's even room for themselves.

As Tocqueville says, there’s nothing more strange and wonderful and genuinely mysterious than the being who truthfully understands himself to be caught for a moment between two abysses.  More wonderful than what the physicist can know through his science is the physicist—the real person—himself.  We wonder not because we’re minds, but because we’re whole persons.  Our eros and willfulness, our fears and our anxieties and our singular pride, animate our minds.  As our philosopher-pope Benedict reminded us, logos is personal, as far as we know it can only be found in persons.

The young natural-scientist Socrates, many physicists have forgotten, changed his “method” because he saw there was truth in the poetic criticism of his self-forgetfulness.  His new method was the dialectical or conversational inquiry into who we are as beings in particular places facing predicaments unknown to the other animals or, of course, the stars.  Once he changed the focus of the wonder, he knew that he no longer could claim to know enough to live in atheistic certainty.  He even knew that he didn’t know enough to develop a comprehensive theory of education that corresponding to the whole truth about who each of us is.

So for us conservatives liberal education or the highest part of education is the search for who we are as more than technological or deterministic beings.  We begin with the thought that a determined being couldn’t be a technological one.  The determined beings—the other animals who live by instinct alone and so are perfectly content with the lives they’ve been given by nature—don’t use their freedom to change—to impose their (free?) wills on—nature.

We add that we can’t pretend to be indifferent to and be ignorant—or at least wholly ignorant—about what our freedom is for.  We know we’re not only free but relational and truthful beings, and we can’t live either authentically or happily in “relativistic” denial of what we can’t help but know.