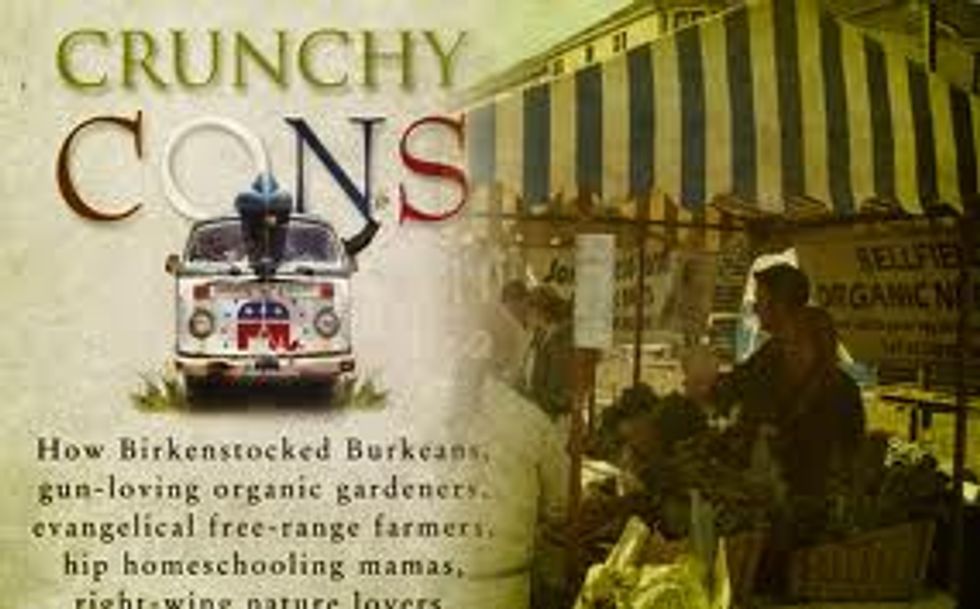 So here's an article (really blog) from the interesting journal The American Conservative. The AC has two themes:  America ought to be a republic, and not an empire.  And America is held together by our distinctive traditions—and not some abstract ideology. American Conservatives don't think that to be an American is to embrace the principles of the Declaration of Independence, and they even find an "unwritten constitution" that's older and more fundamental than our written Constitution.

So American Conservatives tend to be isolationists and localists (and even secessionists) and hate the Wall Street, corporate globalizers as much as the Occupiers do.  Because the American Conservatives are so traditional, they also tend to be very literary, and so they often don't even claim their political choices are effective in some immediate sense. Alexis de Tocqueville complained that the literary class—detached from real political responsibility—is singularly lacking in prudence, and there's evidence he remains right when it comes to both our left and our right.

American Conservative writers only rarely vote for a candidate for president of one of our two major parties—and when they did last time they chose Obama as often as Romney. They hate neoconservatives more than they hate liberal Democrats. And they really like the isolationism and libertarianism of Ron and Rand Paul—and even those of George McGovern (who really did become rather libertarian—while remaining all about "come home America"—late in life).

But these American Conservatives are a strange sort of libertarian.  They're not at all like the atheistic sophisticates who also call themselves libertarians we find sometimes on BIG THINK.  One of them calls himself a "Tory anarchist," by which he seems to mean that he wants to save the world of manners and morals from the leveling effects of both atomistic capitalism and big, bureaucratic government.  One of their philosophic heroes—Russell Kirk—called himself a "bohemian Tory," and we might instructively contrast that personal branding with the "bourgeois bohemians" David Brooks finds among highly educated and citified Americans.

This particular article is by Rod Dreher.  He identifies himself as a crunchy conservative. That means, in his own mind, that he's localist in politics, orthodox in religion, but as totally organic and as ecologically conscious as some nostalgic ex-Hippie. To be a crunchy con, Rod claims, is to be a "Birkenstock-loving [Edmund] Burkean." He's always fun to read and sometimes he's even right.

Rod, too, is very literary, and he routinely fills the ordinary details of his life with deeper meaning. When he moves from one place to another or one religion to another, he alive to the spiritual significance of the change (and of course shares it with us).

Rod has at least this going for him:  He's more consistently ecological than those "do your own thing" ex-Hippies.  He worries about both natural ecology and social ecology:  The world has to be a proper home for both trees and families, and people, like trees, can't flourish unless they're securely located in a particular place. There's something really perverse about some tree-hugger who's not all about hugging his or her spouse and kids (and friends and neighbors) too.

So it turns out that I didn't get to Rod's actual article yet.  Next time.  But its big point is that people in both America and Europe are too uprooted these days. They're doing violence to who they are by nature as relational beings.