Duckweed: The Next Bio Fuel Revolution?

There has been growing interest in finding 'second generation' alternatives to food crops that "don’t grow on arable land and instead can be used specifically for bio-fuels." 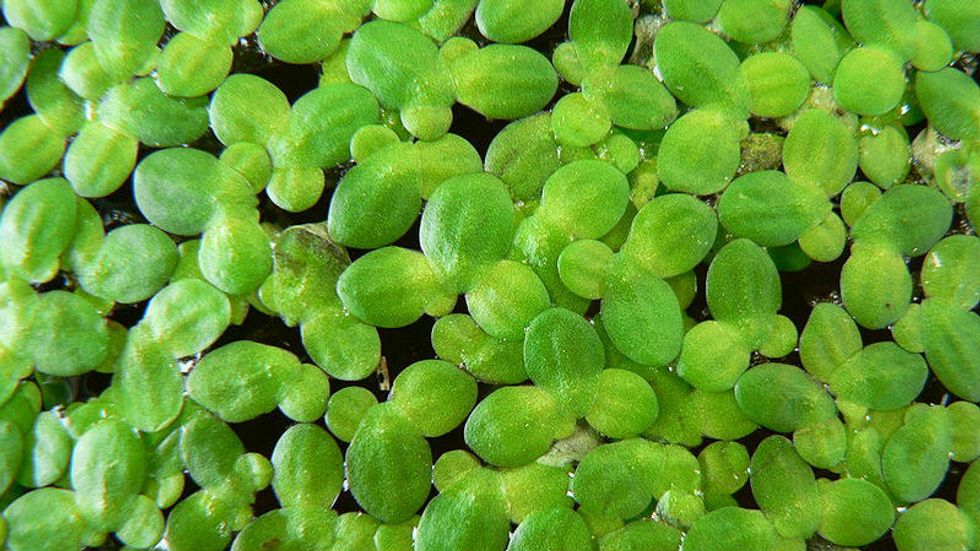 Shall we go hungry or go cold?

That is the unfortunate question that some developing countries have had to face as food crops such as wheat and corn have been used to create bio fuels. While some of these 'first generation' bio fuels have been produced with some success over the last few decades, it has also led to food shortages and has had a major economic impact on food prices.

Therefore, there has been growing interest in finding 'second generation' alternatives to food crops that "don’t grow on arable land and instead can be used specifically for bio fuels," says Professor Rob Martienssen of the Cold Spring Harbor Laboratory in Laurel Hollow, New York.

One promising candidate is a "superweed" called duckweed, the smallest flowering plant in the world. "We’re interested in using or optimizing duckweed for use as a biomass bio fuel based on its ability to grow on waste water and water in places which you would never imagine crops would grow," Martienssen tells Big Think.

In other words, Martienssen calls duckweed "an exciting prospect" because it can kill two birds with one stone. "It can convert high nitrogen and high phosphorus water into much cleaner water and at the same time massively increase in biomass," Martienssen says. Duckweed doubles in size every two years, generating a huge amount of biomass in a short amount of time, and is an amazing producer of starch.

Therefore, using pathways and genes from algae, Martienssen says he is looking to "persuade" duckweed "to make oil instead of starch."

How exactly is Martienssen hoping to 'persuade' duckweed to produce oil? He is looking at the phenotype, or the properties of the plant over generations, to which Martienssen has applied his groundbreaking research on transposons or "jumping genes."

Transposons were discovered in plants about sixty years ago by Martienssen's Cold Spring Harbor Lab colleague Barbara McClintock who won the Nobel Prize for this discovery. According to Martienssen, "transposons are pieces of DNA that can move around the genome and cause genetic as well as epigenetic changes without having to go through a sexual cross and so many of the changes we see that happen in clones occur due to the activity of transposable elements."

A concrete example of this can be seen in grapes, and the wine they produce. Why is pinot noir red? Why is its derivative, pinot blanc, white? Why is pinot gris grey?

The color of the grape juice in each of these wines is imparted by the skin of the grape. As Martienssen explains, the change is due to "the insertion of a transposon in a gene that controls skin color." We call these changes epigenetic, according to Martienssen, because "they can still be inherited from one generation or from one cell to the next, but are not due to changes within the DNA sequence itself."

Another way to understand the difference between genetics and epigenetics is to think of computer hardware versus computer software. According to Duke University Professor Randy Jirtle, epigenetics is like the software program "that tells the computer how, when and where to work."

According to Martienssen, most of the bio fuels that we have under consideration today "will never completely replace fossil fuels or other forms of electricity." However, he sees them as "contributing to the overall picture, which will have to be very diverse for ultimate energy."

Duckweed, for instance, might provide enough oil "for a niche market like jet fuel," which can be made directly from algae. The jet fuel market is small enough, Martienssen tells Big Think, "that we can really make a big dent in it." The possibility of replacing all liquid transportation fuels with bio fuels, on the other hand, is a long way off.

So alternative energy must come from a variety of sources that might include, Martienssen suggests, "radical new advances in physics."