Is Being Conservative Really the Ticket to Happiness? 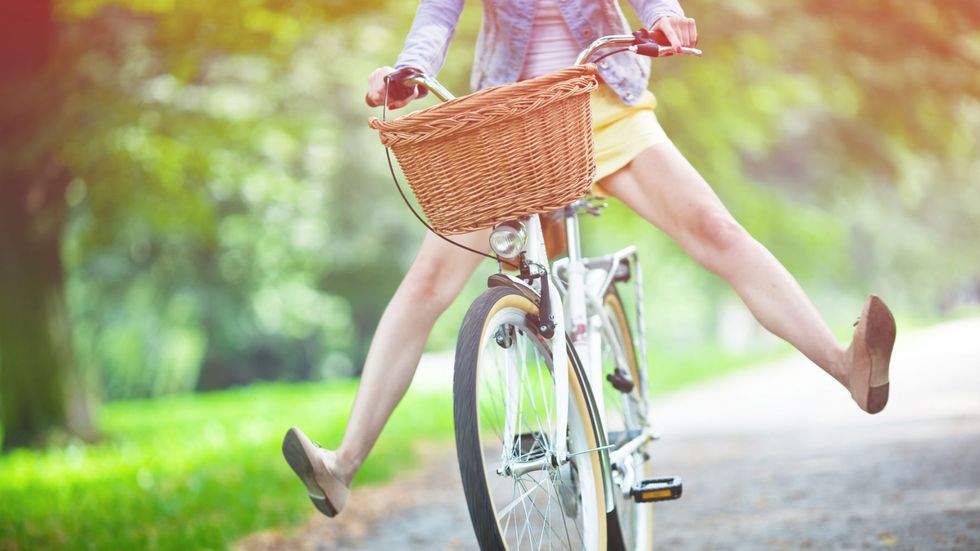 Back in 2015, David Brooks wrote a scathing review of the Republican Party in The New York Times. Following “a long chain of rhetorical excesses, mental corruptions and philosophical betrayals,” Brooks wrote, the GOP has “abandoned traditional conservatism for right-wing radicalism” and “the jaw-dropping incompetence” of figures like Donald Trump and Ben Carson. The turn away from true conservative principles has been accompanied by a disavowal of cool-headedness and an embrace of a “rhetorical tone [that] has grown ever more bombastic, hyperbolic, and imbalanced.”

Brooks’ portrait of Republicans is deeply grim. Yet its central contention might be a touch hyperbolic itself. Is it really the case that Rush Limbaugh is responsible for ushering in an era of hotheaded radicalism and sweeping out measured, austere, true conservatism? Were conservatives ever such dependable purveyors of wisdom and gravitas?

However we construe the meaning of conservatism, one data point has been rather consistent across the past couple of decades: Conservatives are happier than liberals. Brooks’ hand-wringing misery to one side, surveys consistently find that the political is personal: Your politics can have a measurable effect on your happiness. A Pew research survey in 2006 found that 47 percent of conservative Republicans reported being "very happy," compared to 28 percent of liberal Democrats. In a 2007 study, for example, Jaime Napier and John Jost found that “right-wing (vs. left-wing) orientation is indeed associated with greater subjective well-being.” They attributed the ideological happiness gap to “the notion that conservative ideology serves a palliative function” to soften the bad news that constantly erupts. Conservative ideology may be a balm to the soul.

When researchers report that conservatives are happier than liberals, they base that claim on survey respondents’ self-reported happiness levels. But there are a number of reasons to worry that this data is not perfectly dependable. As Rob Hoskin writes, self-report data could be tainted by a number of factors: outright dishonesty or image management, limited “introspective ability,” misunderstanding of the questions, and artificial rating scales, to name a few.

Still, one might say that these problems apply to everybody across the board and thus are no reason to think they would skew data out of shape in any systematic way. When we consult self-reported happiness levels, then, we might be getting noisy or imprecise data, but we shouldn’t expect the noise will result in gross errors one way or another.

That assumption may be wrong. A study published a few months ago suggests that political happiness research may contain a fundamental flaw that does, in fact, color the results. The typical finding that conservatives are happier "is fully mediated by conservatives’ self-enhancing style of self-report." In short, conservatives may be lying — or, more charitably, might be mistaken — when telling researchers they’re happy. Liberals might misrepresent their happiness, too, but in the other direction: lefties are happier than they say they are.

How do we know this? By watching how liberals and conservatives actually behave. It turns out that in their smiles and their language, liberals show signs of greater well-being than do conservatives. Sean Wojcik, a researcher in social psychology (and, by the looks of things, a happy guy) conducted several studies that bore out this conclusion. Here Wojcik explains his study to Christie Aschwanden at FiveThirtyEight:

What we found is that conservatives evaluate themselves in a more favorable way across the board. In psychology, we call this “self-enhancement,” and most people engage in some degree of it. ... We looked at two things — smiling behavior and linguistics. We assessed smiling through something called the Facial Action Coding System or FACS, which looks at the two muscle groups associated with smiling. For the linguistic analyses, it was just counting words, and we used software called LIWC [Linguistic Inquiry and Word Count] that has a ton of support in the psychological literature. Basically, it’s a word-counting program that comes with dictionaries of words related to important psychological characteristics and emotions. We used LIWC to count the frequency with which people used words from the positive and negative emotion scales.

So conservatives smile less often (and less genuinely) and use glum words more often when they talk. The trends are evident in the behavior of members of Congress:

In the second study, we assessed the emotional content of speech for each of the members of Congress in the year 2013, and we observed more frequent positive emotional language among liberal politicians than among conservatives. We thought maybe there was something peculiar about the year 2013, so we also looked at the ratio of positive and negative emotionality for each party over the past 18 or so years in the congressional record. What we found was that Democrats used a higher ratio of positive to negative emotion words over that span of time.

We also assessed the smiling behavior of members of the 2013 Congress by looking at the congressional pictorial directory, which is a little booklet of official-looking photos of every member of Congress. I don’t know if anyone but me reads it, but we had a FACS-certified coder go through and analyze smile intensity in every photograph. We found that liberal politicians smiled more intensely than conservatives overall and this was especially true in the muscle orbiting the eye, which indicates more genuine smiling, often called Duchenne smiling. Both of those together suggest that liberal politicians express more positive emotionality than conservative politicians.

The same holds for regular people, if you consider people who use Twitter “regular.” Liberals are sunnier in their 140 characters than are conservatives, and their smiles are broader and more genuine. Although all of his studies point in the same direction, Wojcik warns that the matter is deeper than either self-reporting or smile-observing can plumb: “[W]e’re not saying that liberals are happier than conservatives,” Wojcik says. “We’re saying they behave happier, but conservatives report being happier, and we don’t know which of those is more important or more valuable or more predictive of the things that ultimately matter.”

Steven V. Mazie is Professor of Political Studies at Bard High School Early College-Manhattan and Supreme Court Correspondent for The Economist. He holds an A.B. in Government from Harvard College and a Ph.D. in Political Science from the University of Michigan.