A New Study Shows That Winners Will Cheat to Keep Winning

People who prevail in competitions have an unfortunate tendency to swindle others to keep up their winning streaks. Even a small win against an unfamiliar foe in a game with very low stakes seems to light a fire that makes it easier to swindle and defraud our fellow human beings. 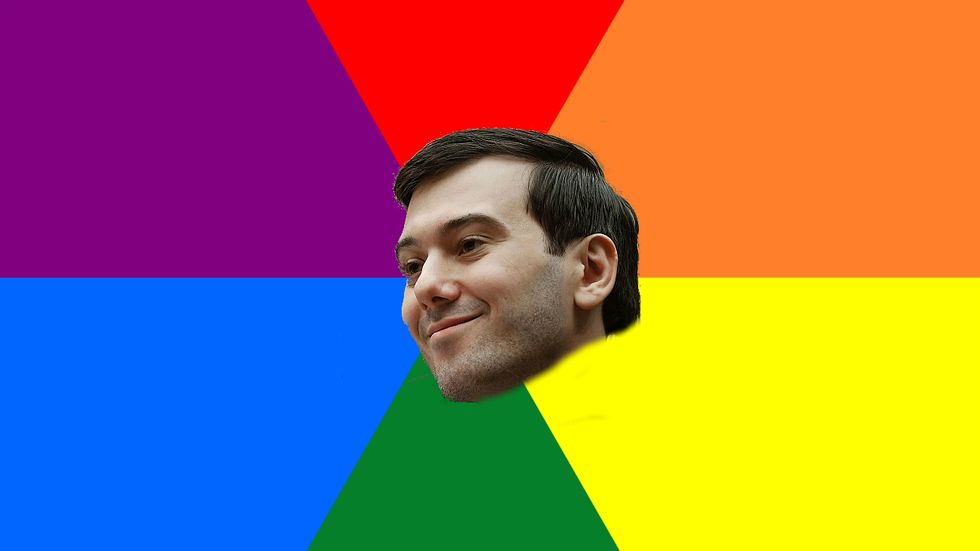 The shameless scoundrel of the week award goes to Martin Shkreli, the millionaire “pharma bro” who tried to add to his fortune last summer by buying the patent to a life-saving drug and then jacking up the price from $13.50 per pill to $750. Mr. Shkreli, now under a federal criminal indictment for securities fraud, smirked through a congressional hearing on February 4th as he repeatedly ducked questions and invoked his fifth amendment privilege not to incriminate himself. After the hearing, he took refuge in his Twitter account, where he declared the lawmakers who had questioned him “imbeciles.”

Mr. Shkreli might be the poster child for the human impulse to profit at others’ expense, but he is, unfortunately, far from alone. New research suggests that people who prevail in competitions have an inveterate tendency to swindle others to keep up their winning streaks. In an article in the Proceedings of the National Academy of Sciences, “Winning a Competition Predicts Dishonest Behavior,” Amos Schurr and Ilana Ritov report the findings of five studies into the behavioral ramifications of winning. “Winning a competition,” the researchers write, summing up their main conclusion, “engenders subsequent unrelated unethical behavior.”

Mr. Schurr and Ms. Ritov recruited student volunteers to play a game in which pairs engaged in an estimation competition similar to a guess-the-number-of-jelly-beans-in-the-jar game: The participants would look at a screen showing a large number of different objects and then estimate how many total objects there were and which object type was most prevalent. The winner was awarded a pair of JVC earbuds as a prize. But the “winner” wasn’t necessarily the person whose estimates were superior; to avoid selection bias, the victor was randomly chosen (and neither player had any way to know this). Next, both the “winning” and “losing” volunteers were assigned to new partners for a dice game with a set cash payout. A roll of the dice totaling from 2 to 6 would give the non-rolling partner a larger share of the pot, while a total from 8 to 12 would give the person throwing the dice the larger share; in the event of a 7, the most likely throw, the players would split the pot evenly. Here’s the crucial wrinkle: The person rolling the dice was the only person to see the result. The thrower reported the total and collected his cash accordingly.

There were no hidden cameras; nobody but the thrower knew what the actual dice read. But the results, when examined on the whole, were unmistakable: The throwers who had been told they had won the estimation battle lied pretty frequently about what they threw so that they could collect more money. Those who had “lost” the first game, meanwhile, reported the results honestly. How did the researchers know? In the aggregate, dice throws will average out to around 7. For the winners of the estimation competition, miraculously, the average was 8.75, while the losers reported 6.35.

The upshot of these rather odd experiments? Even a small win against an unfamiliar foe in a game with very low stakes seems to light a fire that makes it easier to swindle and defraud our fellow human beings. Imagine the effect of winning lots of NFL games on, say, the super-successful New England Patriots. Why not keep the winning going by deflating some footballs to make them easier to catch? If you’ve already struck it rich, why not gild the lily by building an investment company on the biggest Ponzi scheme ever designed, and cheat your friends and family out of billions and billions of dollars? How might one of the world’s leading automakers keep its competitive edge while building high-power, low-emissions cars? Hedge a bit — or more than a bit — on the emissions side of the equation by developing an insidious cloaking device that hides just how polluting your best-selling cars are.

We can leave politics out of the analysis, for now.

Why does winning turn us into complete a@*holes? Mr. Schurr and Ms. Ritov found that beating other people in competition enhances our sense of entitlement. People who are primed to recall winning click “yes” more often when asked to agree or disagree with statements like, “If I were on the Titanic, I would deserve to be on the first lifeboat!”; “People like me deserve an extra break now and then”; and simply, “Things should go my way.” It’s no wonder, then, that people like Shkreli act like the worst kind of spoiled brats when they come out on top and sense a chance to stick it to somebody else.

But the upshot is troubling for people who care about the future of humankind. “It is difficult to overstate the importance of competition in advancing economic growth, technological progress, wealth creation, social mobility, and greater equality,” the authors write. “At the same time, however, it is vital to recognize the role of competition in eliciting censurable conduct. A greater tendency toward unethicality on the part of winners ... is likely to impede social mobility and equality, exacerbating disparities in society rather than alleviating them." There may be no way to completely remove this flaw from human nature, but "[f]inding ways to predict and overcome these tendencies" would seem to be a mission well worth pursuing.