Reading is dangerous, but there's no harm in preparing students for the challenge. 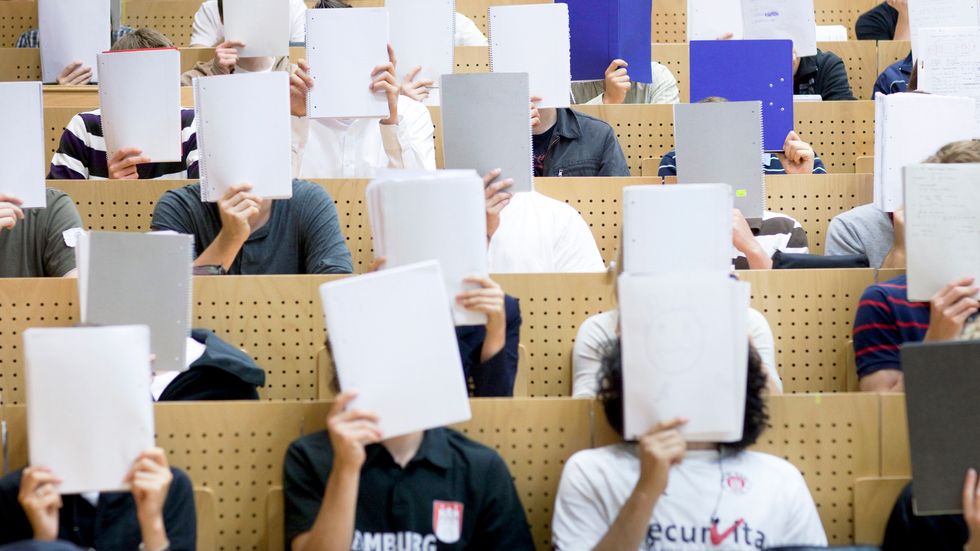 A few months ago, I wrote a rather skeptical post about the increased use of “trigger warnings” on college campuses. A college education is about intellectual, personal, and emotional transformation, I argued, and this kind of growth is not well fostered by requiring professors to warn students before they encounter disturbing texts. Books like Augustine’s Confessions, W.E.B. Du Bois’ The Souls of Black Folk and even Genesis — heck, particularly Genesis — are potentially offensive in all kinds of ways. “If I had to warn students of all the murder, rape, incest, genocide, and betrayal” in these books, I wrote, “we might never have a quorum for a discussion.”

Little did I know I had stepped into a minefield. Comments under the post itself were rather sparse, but my Facebook wall, or whatever that’s called now, sprouted dozens of testy comments on both sides of the matter from friends, fellow teachers, and former students. A few crack recent graduates I greatly respect took me to task for minimizing the trauma that some students might experience when reading certain books and misrepresenting the scope and point of trigger warnings. As one former student wrote, trigger warnings “aren’t necessarily blanket justifications for students to withdraw from their classes.” They are, instead, tools designed to help students who feel excluded or vulnerable prepare to engage with ideas more effectively.

The word “necessarily” gives me some pause: I would hope that these syllabus warnings would never give someone an automatic bye from confronting, say, the colonialism and racism in Achebe’s Things Fall Apart or the sexism in Don Giovanni. But as Kate Manne wrote in The New York Times in September, trigger warnings need not release students from their education. She includes disclaimers in her syllabus “to allow those who are sensitive to these subjects to prepare themselves for reading about them, and better manage their reactions.” The downside is minimal: “Those who want to ignore them can do so without a second thought” and the warnings may help other students understand that “some of their classmates will find the material hard going.”

With this revised conception of trigger warnings in mind, I found fascinating the first three-quarters of Frank Furedi’s Aeon post, “Books Are Dangerous.” Furedi begins with the observation that “reading has been seen as a threat to mental health for thousands of years.”:

In accordance with the paternalistic ethos of ancient Greece, Socrates said that most people couldn’t handle written text on their own. He feared that for many — especially the uneducated — reading could trigger confusion and moral disorientation unless the reader was counselled by someone with wisdom. In Plato’s dialogue, the Phaedrus, written in 360 BCE, Socrates warned that reliance on the written word would weaken individuals’ memory, and remove from them the responsibility of remembering. Socrates used the Greek word pharmakon — "drug" — as a metaphor for writing, conveying the paradox that reading could be a cure but most likely a poison. Scaremongers would repeat his warning that the text was analogous to a toxic substance for centuries to come.

Furedi speeds through the ancient world and middle ages citing many examples of attempts to control what people read on the grounds that books can lead to depression, moral turpitude, irrational behavior, and even death by suicide. He then contrasts millennia of biblioskeptism to the rise of the trigger warning. “This self-diagnosis of vulnerability is unlike the traditional call for a moral quarantine from above,” Furedi writes. “Once upon a time, paternalistic censors infantilised the reading public by insisting that reading literature constitutes a serious risk to its health. Now young readers infantilise themselves by insisting that they and their peers should be shielded from the harm caused by distressing texts.”

[R]eading “is indeed a risky activity” as it “possesses the power to capture the imagination, create emotional upheaval, and force people towards an existential crisis.”

It’s a tempting juxtaposition. But the narrative is flawed. Furedi admits that reading “is indeed a risky activity” as it “possesses the power to capture the imagination, create emotional upheaval, and force people towards an existential crisis.” Upheavals can be life-changing for the better, and crises can be productive, but both terms carry rather obvious negative connotations as well. Is it really such a bad idea to give students a heads-up when they may be about to wander into the beginnings of a "crisis"?

No one seems to be urging professors to remove books from their syllabi. Examples of requests for outlandish trigger warnings are, the Ovid episode at Columbia to one side, mostly speculative. And colleges and universities are, quite appropriately, not forcing faculty members to use trigger warnings. In the end, the matter boils down to some students who have endured trauma and request fair warning when a text might trigger them to relive that trauma, and some professors who think that such notice might be a good idea. What exactly is the harm of limiting the harm some students might experience when encountering a text? If trigger warnings turn into coercive demands on professors to change the way they teach, they’re a threat to academic freedom. But if they are a voluntary tool for creating a more inclusive classroom and cultivating a better discussion of a challenging text, what exactly is the problem?