A disturbing interview given by a KGB defector in 1984 describes America of today and outlines four stages of mass brainwashing used by the KGB. 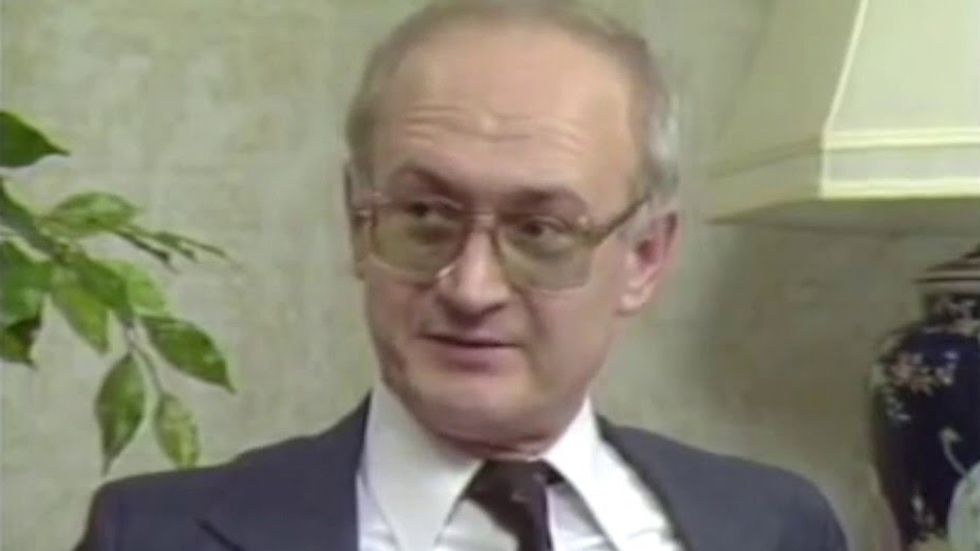 For anyone who is still wondering, the Mueller Report makes it clear that Russian operatives played a role in the American elections of 2016 that resulted in the Presidency of Donald Trump. The true impact of that role is certainly open to debate. Since then, Trump has on occasion been quite nice to the Russian President Putin, occasionally seen as capitulating on important matters. Whether you believe Putin really has some kind of compromising material to make Trump do his bidding or if Trump is simply being nice to people who partially helped get him elected, or if you somehow believe, despite ample evidence to the contrary, that all this is much ado about nothing, the fact is President Putin is a very experienced former KGB officer.

He has both the know-how and the intelligence to carry out very far-sighted and ingenious operations. We don't know his endgame and neither do we know how much of his KGB training he still employs, but in light of current events, there may be a way for us to get a deeper understanding by studying the words of Yuri Alexandrovich Bezmenov, a former KGB agent who defected to Canada in 1970.

In 1984, Bezmenov gave an interview to G. Edward Griffin from which much can be learned today. His most chilling point was that there's a long-term plan put in play by Russia to defeat America through psychological warfare and "demoralization". It's a long game that takes decades to achieve but it may already be bearing fruit.

Bezmenov made the point that the work of the KGB mainly does not involve espionage, despite what our popular culture may tell us. Most of the work, 85% of it, was "a slow process which we call either ideological subversion, active measures, or psychological warfare."

What does that mean? Bezmenov explained that the most striking thing about ideological subversion is that it happens in the open as a legitimate process. "You can see it with your own eyes," he said. The American media would be able to see it, if it just focused on it.

"What it basically means is: to change the perception of reality of every American to such an extent that despite of the abundance of information no one is able to come to sensible conclusions in the interest of defending themselves, their families, their community, and their country."

Bezmenov described this process as "a great brainwashing" which has four basic stages. The first stage is called "demoralization" which takes from 15 to 20 years to achieve. According to the former KGB agent, that is the minimum number of years it takes to re-educate one generation of students that is normally exposed to the ideology of its country. In other words, the time it takes to change what the people are thinking.

He used the examples of 1960s hippies coming to positions of power in the '80s in the government and businesses of America. Bezmenov claimed this generation was already "contaminated" by Marxist-Leninist values. Of course, this claim that many baby boomers are somehow espousing KGB-tainted ideas is hard to believe but Bezmenov's larger point addressed why people who have been gradually "demoralized" are unable to understand that this has happened to them.

Referring to such people, Bezmenov said:

"They are programmed to think and react to certain stimuli in a certain pattern [alluding to Pavlov]. You can not change their mind even if you expose them to authentic information. Even if you prove that white is white and black is black, you still can not change the basic perception and the logic of behavior."

Demoralization is a process that is "irreversible". Bezmenov actually thought (back in 1984) that the process of demoralizing America was already completed. It would take another generation and another couple of decades to get the people to think differently and return to their patriotic American values, claimed the agent. 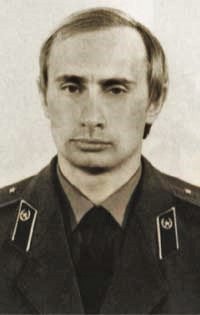 Vladimir Putin in a KGB uniform around 1980

In what is perhaps a most striking passage in the interview, here's how Bezmenov described the state of a "demoralized" person:

"As I mentioned before, exposure to true information does not matter anymore," said Bezmenov. "A person who was demoralized is unable to assess true information. The facts tell nothing to him. Even if I shower him with information, with authentic proof, with documents, with pictures; even if I take him by force to the Soviet Union and show him [a] concentration camp, he will refuse to believe it, until he [receives] a kick in his fan-bottom. When a military boot crashes his balls then he will understand. But not before that. That's the [tragedy] of the situation of demoralization."

It's hard not to see in that the state of many modern Americans. We have become a society of polarized tribes, with some people flat out rejecting facts in favor of narratives and opinions.

Once demoralization is completed, the second stage of ideological brainwashing is "destabilization". During this two-to-five-year period, asserted Bezmenov, what matters is the targeting of essential structural elements of a nation: economy, foreign relations, and defense systems. Basically, the subverter (Russia) would look to destabilize every one of those areas in the United States, considerably weakening it.

The third stage would be "crisis". It would take only up to six weeks to send a country into crisis, explained Bezmenov. The crisis would bring "a violent change of power, structure, and economy" and will be followed by the last stage, "normalization." That's when your country is basically taken over, living under a new ideology and reality.

This will happen to America unless it gets rid of people who will bring it to a crisis, warned Bezmenov. What's more "if people will fail to grasp the impending danger of that development, nothing ever can help [the] United States," adding, "You may kiss goodbye to your freedom."

It bears saying that when he made this statement, he was warning about baby boomers and Democrats of the time.

In another, somewhat terrifying excerpt, here's what Bezmenov had to say about what is really happening in the United States. It may think it is living in peace, but it has been actively at war with Russia. And for some time:

"Most of the American politicians, media, and educational system trains another generation of people who think they are living at the peacetime," said the former KGB agent. "False. United States is in a state of war: undeclared, total war against the basic principles and foundations of this system."

Whether you think that is true may depend on your politics, but the reality of Russian active measures, as has been outlined in the recent indictments by the special counselor Robert Mueller, give Bezmenov's words new urgency.

You can watch the full interview here: