A lot of the words we use to describe governments are combinations of Greek terms. The prefixes at the start of those words such as demo (people), auto (one), or aristos (excellent) explain who rules, at least in theory. While democracy, autocracy, and aristocracy are well known, there are dozens of other terms as well.

Kakistocracy, which means “worst rule” is the name of government by the worst or least qualified people. Like kleptocracy, rule by thieves, or plutocracy, rule by the rich, no government has ever claimed to be one. It is, however, a common insult as of late. Conspiracy theorist Glenn Beck declared the Obama administration to be one, while John Brennan and Paul Krugman have said the same of Donald Trump’s administration.

But, what does it mean exactly? Who uses this word?

Typically, the word is used as an insult towards those who are seen as too moronic to be in government. The previously obscure word dates back to the English civil war and has made a comeback in the last few decades. It regained popularity in the 1980’s, was aimed at Dan Quayle several times after that and is currently so popular that even the Merriam-Webster twitter feed had to chime in.

What is meant by “least qualified”?

That is a very good question. While Machiavelli would suggest that there are objectively good virtues for statesmen to have, there is going to be general disagreement on what those are or how to live up to them. Even if we judge a ruler based on the consequences of their rule, how much do we say was their work and how much was luck? Such large questions tend to get swept aside, though some commentators do address them in a limited way.

Have there ever really been any Kakistocracies?

While it is difficult to judge objectively, there have been plenty of governments in world history run by people with no business being in charge. A few of them include: 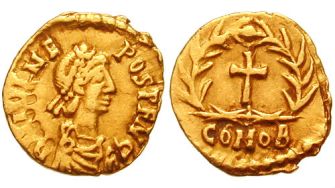 The last Emperor of Western Rome, Romulus Augustus was ironically named for the founders of the city and the empire. A usurper, his father took over the government and placed his son on the throne, this made him few friends and the eastern half of the empire never recognized him.

He is most notable for refusing to surrender most of Italy to barbarian invaders. Those invaders then killed his father, sacked the capital Ravenna, and compelled Augustus to abdicate. The Senate then appealed to the Eastern Roman Empire to reunite Rome rather than have to find a new emperor for themselves. His abdication is typically viewed as the official fall of the Western Roman Empire, a notable enough failure to make it to our list. 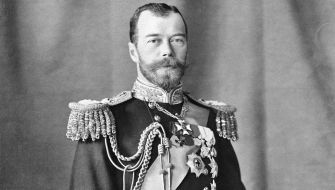 The final Tsar of Russia, Nicholas II had no business running an empire. His father failed to educate him on how to rule, never even granting him a ministry before his ascension to the throne. This left Nicholas utterly unprepared to rule anything.

He meddled in the affairs of the church in hopes of increasing the odds he had a son, only took steps to protect his Jewish subjects from pogroms reluctantly, and was so detached from his responsibilities that he continued to play tennis after learning that the Russian fleet had been annihilated.

At one point during the 1905 revolution, he was so ideologically against accepting a constitution as part of a peace deal that his uncle and Chief of the Army, Grand Duke Nicholas had to hold a gun to his own head and threaten suicide before the Tsar would accept the peace deal. His court was a madhouse run by favorites, which allowed for such unsavory characters such as Rasputin to come to hold great power and influence. He was overthrown in 1917 and shot in 1918 by communist revolutionaries. 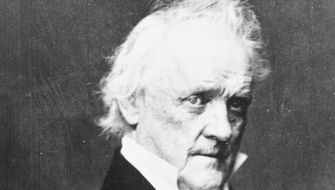 The 15th and worst President of the United States in almost every ranking. Buchannan’s administration was filled with missteps, ideological purity to the point of insanity, and grave misreading of popular sentiment from day one.

Before he was even inaugurated, Buchannan encouraged the Supreme Court to make as broad and pro-southern a ruling in the Dread Scott case as possible in an attempt to put the slavery debate to rest forever. He was shocked to find that those opposed to slavery were further enraged by the ruling. He went on to fumble the issue of admitting Kansas to the Union so badly it split the Democratic party.

A committee designed to investigate potentially impeachable offenses found his administration was the most corrupt in American history. He is most often vilified for his lame reaction to southern secession after Lincoln’s election, as he believed both secession and federal intervention against it illegal and did nothing. He even got his legacy wrong, remarking on his deathbed that he would be vindicated.

While most of the examples were monarchs who were put into power and difficult to remove, the inclusion of an elected official shows how occasionally people will vote in utter incompetents to run a country. While the question of if these three governments were the worst can be debated, there is no doubt that the three leaders had no business ruling when their decisions, motivations, and results are considered.

Is the United States a Kakistocracy? Perhaps, though the seriousness of the word means it is one to not be tossed around lightly, as it would impair our ability to use it later. There have undoubtedly been governments run by the worst possible ministers and rulers before, and it is likely to happen again.

Related
How to live after your soulmate has died
Astronomer Michelle Thaller explains the healing power of physics after losing her husband.
▸
7 min
—
with
Michelle Thaller
The Future
Space travel will radically change human psychology and spirituality
We are traveling in a realm that once exclusively belonged to the gods. Space travel will force humanity to rethink everything.
13.8
What kind of intelligence is artificial intelligence?
The initial goal of AI was to create machines that think like humans. But that is not what happened at all.
The Present
What’s effective altruism? A philosopher explains
Some effective altruists “earn to give” — they make as much money as they can and then donate most of it to charities.
Sponsored
How to avoid family fights about money
No family is immune to money conflicts, no matter how much they love each other. Here’s what to look out for.
Up Next
Culture & Religion
Why churches don’t pay taxes and how much money the public could gain if they did
Churches and religious organizations are tax-exempt. Should they continue to get such a benefit?