Scientists have all kinds of reasons why aliens won’t try to fly to Earth and enslave humanity. Even so, the US Military has a backup plan, just in case. Two Air Force teams, the 26th Space Aggressor Squadron (26th SAS) and the 527th Space Aggressor Squadron (527th SAS), are tasked with protecting assets in space, developing strategies to secure US space-based interests, and plans that involve deflecting extraterrestrial invaders. Both are based in Colorado.

The hostile invasion scenario may not be their topmost concern. Space is big, after all. We’ll probably see any shifty aliens coming from far off, and have time to prepare for their arrival. Instead, protecting our satellite infrastructure is their utmost priority. The US, more than any other country, has come to rely on a system of satellites. Consider driving somewhere you’ve never been before without GPS. Scary, I know.

The GPS system contains a network of 31 satellites, which are owned by the US government and run by the US Air Force. Take one out and navigation goes bye-bye. It isn’t just civilians who rely on it, but the US military itself. Without GPS, US forces lose their battlefield advantage, having to revert to older forms of communication and navigation. 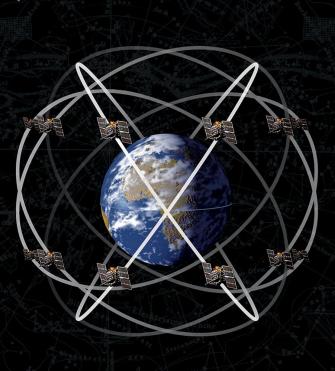 It isn’t just that but civilian life is set back decades. Bank transactions, stock prices, weather reports, air traffic control, and in some cases, even traffic lights are reliant on satellite infrastructure. Executive director of the Office of Space Commerce, Ed Morris, recently authored a disturbing report, outlining the repercussions of an attack on our satellite system. He wrote, “If you think it is hard to get work done when your internet connection goes out at the office, imagine losing that plus your cell phone, TV, radio, ATM access, credit cards, and possibly even your electricity.”

Because of this, Defense Department advisor, Peter Singer, contends that the next war will begin in space. North Korea or a non-state actor getting their hands on a rocket is one scenario. However, the immediate threats are Russia and China. Tensions with these countries have ramped up lately.

Both have assets that can take out US satellites. China has the “Shiyan.” Using its robotic arm, it can grab a satellite, and fling it out of orbit. The Middle Kingdom is also developing lasers, electro-magnetic rail guns, and high-powered microwaves to disrupt satellite systems. Russia meanwhile has the “Kosmos 2499.” This device can approach a satellite and disable or destroy it. In light of these developments, US officials are beginning to take space-based warfare seriously.

In 1982 the US Air Force Space Command was created. Today, it has 134 locations globally, employs 38,000, and has an annual operating budget of nearly $8.9 billion. The Pentagon’s space budget in total is $22 billion. Those in the 50th space wing, a group of over 8,000 men and women, are in charge of monitoring the skies. They have no actionable capabilities, for now. In 2015, Deputy Defense Secretary Robert Work recognized the growing threat to the country’s assets in orbit. He said that the US had to become “ready to do space operations in a conflict that extends into space.” The aggressor force was born.

Captain Christopher Barnes is the chief of training for 26th SAS. He told Seeker, “We study threats to the space realm, either coming from space or based on land. If we can’t directly replicate them with hardware, then we figure out if there’s a software solution or some way we can train people to the point where they can fight through them, if they have to, in a conflict.”

One tactic they’re trained in is “brute force jamming.” Here, satellite networks send signals that make transmitted messages garbled to those who may be listening in. SAS also runs simulations on how to respond to land-based and space-based threats. Right now, their weapons systems are in the conceptual stage. Plans are being made to allow for defensive and even offensive capabilities.

These include utilizing the US Navy’s Laser Weapons System (LAWs). One is already aboard the USS Ponce, stationed in the Persian Gulf. LAWs can shoot down projectiles, light aircraft, and drones, as well as jam enemy communications and monitoring systems.

Another possible candidate is the X-37b—a secretive space drone. Some military watchers consider it capable of espionage, and it’s possibly equipped with defensive or even offensive capabilities. In addition to these efforts, the US is also collaborating with allies, through the Multinational Space Collaboration effort, to build up mutual defense systems.

To learn more about the US Air Force’s Space Command, click here:

Our current form of education is almost 200 years old. What should schools of the future look like?
▸
6 min
—
with
Salman Khan
Up Next
High Culture

Can You Fix a Broken Heart by Writing about It?

Break-ups can be bad for your health. But new research shows that writing about your separation can improve cardiac health—as long as you write in a certain way.