The United States has become polarized by political factions unable or unwilling to find middle ground. Perhaps no greater proof of this is the House of Representatives. Historically, members of the congressional body have agreed with one another on a spectrum of issues, represented in the graphic below by the proximity of nodes and their connection to one another. Ideological division, however, emerged in the 1980s and has only sharpened over time.

How did this happen? Philosophers Brandon Warmke of Bowling Green University and Justin Tose of University of Michigan argue in a thought-provoking piece for Aeon that moral grandstanding is the cause, which they assert is a consistently destructive act. (The Aeon post is based on their extended treatise on the subject.)

Moral grandstanders, they say, “want others to regard them as being morally respectable, or even morally remarkable, and the contributions they make to public moral discourse are intended to satisfy that desire. To grandstand, then, is to use moral talk for self-promotion.”

Certainly some moral principles are absolute, and to compromise on such a principle is itself immoral. Understanding how moral decision making enters the arena of public discourse can help us discern the concerned citizen from the blowhard, a task that is now up to anyone and everyone with a social media feed.

Warmke and Tose are most concerned with something they call “ramping up,” offering this exchange among three fictional politicians staking out increasingly extreme positions regarding a colleague:

Ann: ‘The Senator’s behaviour was wrong. She should be publicly censured.’

Biff: ‘If we cared about justice, we should seek her removal from office. We cannot tolerate that sort of behaviour, and I will not stand for it.’

Cal: ‘As someone who has long fought for social justice, I’m sympathetic to these suggestions, but I want to suggest that we should pursue criminal charges – the world is watching!’

While it’s true that things are getting more and more argumentative as the above conversation progresses, an astute observer of politics may have another, very different view of the discussion: That none of the politicians’ statements are sincere, but merely public cover for tactical positions they’ve already taken regarding the Senator’s fate. And one might also note that there could hardly be a more superior ramping-up position than denying the value of the entire exchange.

Something is lacking in the authors’ final analysis of moral grandstanding: the critical line between sincere expression of moral rightness versus statements of belief designed to make their speaker look good. The former can provide valuable guiding information when solutions are being sought. The latter, which the authors suggest is more common, is akin to sharing content one hasn’t even read to promote a particular personal image to friends or others.

The worth of moral pronunciations obviously has a great to do with intent. Unfortunately, it’s not always easy to ascertain the motives of the speaker. We play interesting games with our self-images, often judging ourselves too unforgivingly, and yet, when it comes to being a moral person or not, research suggests we’re inclined to give ourselves a pass.

An October 2016 study published in SAGE attempted to test a premise: “Most people strongly believe they are just, virtuous, and moral; yet regard the average person as distinctly less so.” Using Amazon’s Mechanical Turk platform, researchers asked 270 participants to rate the applicability of 30 personality traits to themselves and then to the average person, and also asked them to assess the desirability of each trait. 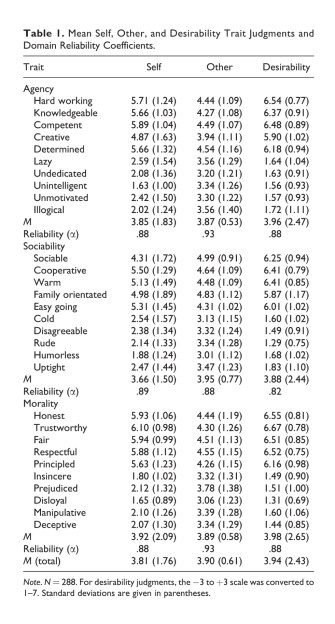 The study concluded that “virtually all individuals irrationally inflated their moral qualities, and the absolute and relative magnitude of this irrationality was greater than that in the other domains of positive self-evaluation.”

Another study looked at “self-enhancement,” defined as “a class of psycho- logical phenomena that involve taking a tendentiously positive view of oneself.” The study identifies an ego-full of ways in which we tend to assume ourselves better than others — as drivers, for example — and concludes that “self-enhancement, like eating, is a fundamental part of human nature.” While the study doesn’t list a belief in one’s moral superiority to be among these effects, it fits right in. 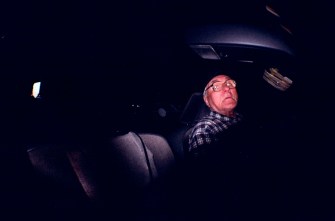 First, the say, Ramping up contributes to group polarisation, where individuals come to hold more extreme views after deliberating with others, rather than moving toward a moderate consensus. This is clearly true in recent presidential politics — in addition to an increasingly bitter philosophical separation between the two parties, such divides occurred within parties, especially the Democrats.

Second, the authors says that moral grandstanding has the eventual effect of causing no one to take moral concerns seriously, writing, “They become cynical about the moral claims they hear in public discourse because they suspect that the speaker is simply trying to show that his heart is in the right place, rather than trying to help others figure out what we should do or believe.”

Certainly those who aren’t completely comfortable with a position they’ve taken would prefer everyone else to just shut up about morality. 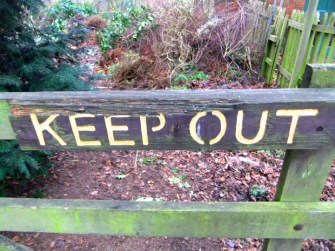 The authors do caution against judging others who use moral superiority to burnish their images since that, in itself, is asserting one’s own moral superiority. Instead, they suggest we each focus on our own behavior and intention, always a good strategy.

But what, then, are we supposed to do, as one commenter, Sasha M, responded on Aeon: “What’s the alternative? Hide or deny one’s moral convictions?” Sometimes something is just wrong, and remaining silent allows it to pass, in essence normalizing it.

All we’re left with is to consider whether we’re ourselves are bringing up rightness or wrongness to help a conversation — in-person or online — or just to sound somehow better than the other person, trying to win a dispute by speaking as the superior person. Still, we can’t just be silent, because, as Aeon commenter Andrew Robinson notes, other research shows that “moral choices are the only thing that defines who we are.”

Related
How to live after your soulmate has died
Astronomer Michelle Thaller explains the healing power of physics after losing her husband.
▸
7 min
—
with
Michelle Thaller
The Future
Space travel will radically change human psychology and spirituality
We are traveling in a realm that once exclusively belonged to the gods. Space travel will force humanity to rethink everything.
13.8
What kind of intelligence is artificial intelligence?
The initial goal of AI was to create machines that think like humans. But that is not what happened at all.
The Present
What’s effective altruism? A philosopher explains
Some effective altruists “earn to give” — they make as much money as they can and then donate most of it to charities.
Sponsored
How to avoid family fights about money
No family is immune to money conflicts, no matter how much they love each other. Here’s what to look out for.
Up Next
Surprising Science
This New Religion From a Silicon Valley Pioneer Worships AI as an Emerging Godhead
A noted Silicon Valley engineer and robotics researcher creates a church worshipping Artificial Intelligence.