“Civilized governments don’t say ‘go and make it on your own, and if you can’t, then bad luck,'” says United Nations envoy Philip Alston. Alston is a New York University law and human rights professor who’s been sent on a mission to study the terrible outbreak of extreme poverty in an unexpected location: The United States. 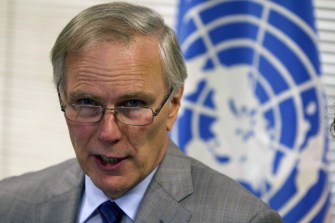 Alston tells Quartz, “some might ask why a UN Special Rapporteur on extreme poverty and human rights would visit a country as rich as the United States. But despite great wealth in the US, there also exists great poverty and inequality.” And, he says, speaking to WKMS, “The United States has been very keen for me and others to investigate human rights issues in other countries, which I have done. Now, it’s the turn to look at what’s going on in the U.S.”

Poverty is the root of what Alston will be documenting, but its effects drive home the brutal realties increasingly faced by many Americans in 2017. Alston’s especially concerned with the human-rights implications as an representative of the UN Human Rights Office of the High Commissioner.

With the massive redistribution of wealth upward in the U.S., the country seems at times determined to hurtle towards third-world status, as its rich get ever richer and life for everyone else gets harder. The last time such wealth inequity was seen in the States was just before the Great Depression. 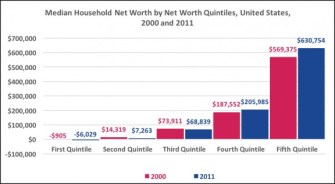 Much of the 20th century was about balancing things out to a safer level, but the lessons of the Depression appear to have been forgotten in the last 25 years, when only the richest American families added any worth.

How has this happened? A case could be made that the wealthy have taken over control of the nation, realizing Theodore Roosevelt’s warning, “…ruin in its worst form is inevitable if our national life brings us nothing better than swollen fortunes for the few and the triumph in both politics and business of a sordid and selfish materialism.” The tax overhaul currently lurching through Congress along strictly partisan lines is stark, stunning evidence of just such a class stratification that expects the majority of citizens do without necessities — including civil rights, sanitation (which includes clean water), food, health care, education, and any chance at all of upward mobility — to benefit those least in need. The claim that this is to create jobs, after decades of experiment and study have disproved “trickle-down economics,” is to engage in the most cynical form of window-dressing.

Alston will be exploring areas of poverty throughout the U.S. including the Ohio Valley, where Jack Frech, who led the Athens County welfare department, says, “In my 40 years, I have never seen a time when families are suffering as much as they are today.” He adds, “we now have millions of people with no cash income whatsoever.” 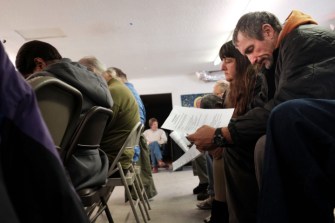 A visit to Charleston, West Virginia is also part of his mission. Local ACLU director Joseph Cohen reports that the “Charleston Police Department recently estimated that there are 1,000 homeless people in Charleston, which is a city of less than 50,000 people.” That’s one out of 50 people, “an unbelievably high proportion of our population that is without the basic necessities of life.” West Virginia’s Margaret Chapman Pomponio points out that the area is short on OB-GYNs, and that means women have to travel long distances for reproductive support, which is more than an annoyance, “It is not just money lost, but it actually perpetuates an unequal system where the well-heeled are granted access to better health care.”

Alston’s mission is to:

He’s concerned about how ineffective, and in danger of getting far worse, the U.S. welfare system is, saying to WKMS, “What I’m seeing so far is that those who are dependent on welfare benefits are enjoying those benefits at an extraordinarily low level. They are really living on the margins, if not below. And if there were really major cuts, then I think it would require a whole rethinking of the entire system because it wouldn’t survive.” 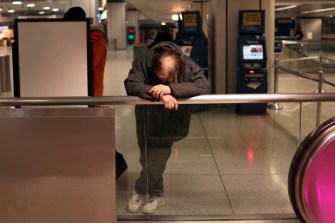 Alston also plans visits to California, Alabama, Georgia, and Puerto Rice before he concludes his mission in Washington, D.C. It’s an appropriate terminus, given the extreme poverty in a city of well-heeled politicians and lobbyists, and the fact that the growth of poverty in the U.S. has been, and is ever moreso, a political choice. As Alston tells WKMS, “Politicians who say, ‘there’s nothing I can do about that’ are simply wrong.”

“The idea of human rights is that people have basic dignity and that it’s the role of the government — yes, the government! — to ensure that no one falls below the decent level.”

Jack Frech likes the idea of an international body getting involved in the problem, saying, “Having somebody from outside this country come and take an objective look at how we treat poor people, you know, maybe that will help wake people up in this country to moving in a different direction.”

Related
The Present
The Taoist philosophy behind Alibaba, China’s e-commerce giant
Alibaba has played a key role in China’s meteoric economic rise.
The Well
Can we condition ourselves to be heroes?
Neuroscientist Robert Sapolsky on the science of temptation, and the limitations of your brain’s frontal cortex.
▸
6 min
—
with
Robert M Sapolsky
Thinking
3 brain games to practice deductive, inductive, and abductive reasoning
Take a closer look at the different types of reasoning you use every day.
Starts With A Bang
The galaxy cluster that broke modified gravity
19 years ago, the Bullet Cluster provided an empirical proof for dark matter. Even today, modified gravity still can’t explain it.
Neuropsych
Psychology studies that go viral are likelier to be bogus
A new 20-year analysis of over 14,000 psychology studies finds that a study’s media coverage is negatively linked to its replicability.
Up Next
Politics & Current Affairs
If Babies Were Randomly Allocated to Families Would Racism End?
Imagine a world in which all the babies born each day were randomly redistributed among the biological parents. The infant assigned to any given set of parents could be white, […]