A new book from the former editor of El Mundo describes a culture of corruption in Spain's press. In exchange for favorable coverage of politicians and corporations, bribes.

People carrying placards against Popular Party during a demonstration against corruption.

Spain has had to face numerous challenges in recent years. It has just emerged from a major corruption scandal, the transition of the government to a new political party, and the rise of far-right parties as well. Now, David Jiménez, the former editor of El Mundo, has accused the newspaper of accepting bribes and favors in exchange for favorable coverage of corporations and government officials in his latest book, El Director (The Editor).

Until recently, Spain was ruled by the conservative People's Party (PP), which was consumed by corruption scandals. Between 2015 and 2016, for instance, 1,378 government officials were put on trial for corruption charges. This is part of the reason why the PP lost control of the government to the Spanish Socialist Worker's Party (PSOE) in 2018, but even the PSOE has had their share of scandals.

Consequently, Spaniards see corruption as the second-greatest challenge facing the country, aside from unemployment. Indeed, that this nation-wide corruption has spread to the press, which frames public narratives, is more than disconcerting.

Jiménez's book dives into what it's like to live and work under this regime of corruption. As the editor-in-chief of El Mundo, Jiménez often found himself navigating between his journalistic duties and the pressures of the media executives who had contributed to forming what are known as "the Accords." The following are excerpts from an English translation of El Director:

"The 'Accords,' as the pacts negotiated by the press with large corporations were known, had saved the traditional daily papers during the Great Recession. These were a system of favors in which, in return for the papers receiving more advertising money than they deserved in terms of circulation or market impact numbers, they offered friendly coverage, whitewashed the images of the heads of the big corporations, and exempted those firms and figures from bad news."

Under the Accords, favorable coverage could result in financial rewards, but they could also take the form of less boldly corrupt compensation:

"Free meals in the best restaurants, cars lent out for indefinite periods, and bank loans at interest rates unimaginable to other mortals were the order of the day. A former board member of Banco Popular told me that the company's policy was to 'keep the financial reporters happy' with mortgages at below-market rates to assure friendly coverage. The firm later went belly-up, despite having maintained an image as the best-managed bank in the country for decades."

It's not the first time that El Mundo has come under fire. After the Madrid train bombings that killed 191 commuters in March of 2004, El Mundo reported that the separatist group ETA was responsible for the bombings. The ETA is a violent leftist group with the goal of gaining independence for Basque Country, which covers part of northern Spain and southern France. The narrative that the ETA was responsible for the attack was favored by the PP and El Mundo.

However, considerable evidence exists that jihadists were responsible for the attack instead. The ETA denied involvement, while al Qaeda took responsibility for it, and Spain's official inquiry into the subject attributed the attacks to an al Qaeda-aligned terrorist cell. Despite the evidence, however, El Mundo persisted in laying blame to the ETA long after the evidence began working against them. This spin on coverage has sown conspiracy theories and doubts about the bombings, as a consequence.

As both the ETA and the PSOE are to the political left of the PP, this was a useful narrative, especially since an election was scheduled three days after the attack. The coordination between El Mundo and the PP presented in El Director paints their mutual agreement on the narrative of the Madrid attacks in a suspicious light.

However, the Spanish press now exists under a different political landscape. The PP's prime minister was ousted in a no-confidence vote following a massive corruption scandal that has been described as Spain's Watergate, leading to the rise of the PSOE, currently Spain's ruling party. However, the far-right Vox party has also been gaining power. It is unclear whether newspapers such as El Mundo will be free from corruption under the PSOE, or even whether the PSOE will retain power long enough for this question to matter. 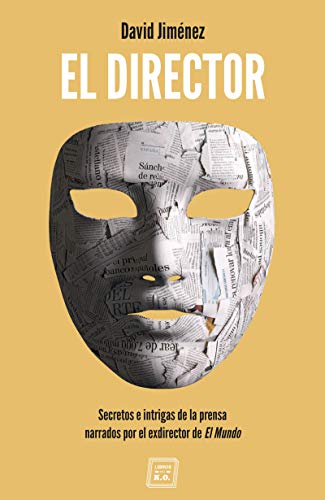