Ever since we fell through the looking glass, things have just gotten weirder and weirder. It was a slow fall, really, gaining momentum over the last decade or two, beginning with “intelligent design” (read: creationism) appearing in public school curricula. And by the time climate change became obvious to the scientific community, it was just too much, and the very idea of science itself came tumbling down. With America now under the control of a party for whom “alternate facts” bear the same level of validity as factual facts, the official stance of the U.S. government regarding the collapse of our environment is to do…nothing. For those whose believe in understanding and knowledge, it’s a nightmare that won’t stop. And now, some scientists are selflessly putting their personal interests aside to run for office, in the hopes to restore evidence-based reasoning — AKA, sanity — to public policy.

At the center of this new political movement is 314 Action, a non-profit founded primarily by scientists. Why 314? Why, it’s pi.

Like Pi, science is all around us. Too often, legislators choose to ignore science in favor of convenient beliefs or intuition. We are committed to electing more leaders who will use their training as STEM professionals to influence policy-making. Evidence-based reasoning should be the foundation of legislation related to issues like climate change, and gun violence.

The organization is involved in promoting a pro-science agenda throughout state and local governments as well as in Washington, D.C. Their action goals:

Though the anti-science forces have been building for some time as noted earlier, shocking moves by the Trump administration — including the muzzling of EPA scientists, the demotion of climate science at NASA, and the rejection of the Paris Climate Accord — have positively galvanized the scientific community. As 314 Action’s director of communicationsTed Bordelon put it toIFL Science!, “The future really hangs in the balance. I know that sounds dramatic, but it’s true. When you have an administration this openly hostile to scientific facts, you need to stand up to it — and who better to stand up to it than scientists?” 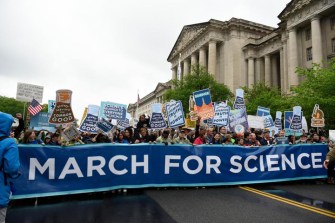 Some of 314 Action’s candidates are aiming for local and state government, which often lead the national conversation, though lately in the wrong direction. The following scientists have announced runs for national office. (We’ve excerpted statements about why they’re running from their websites.) 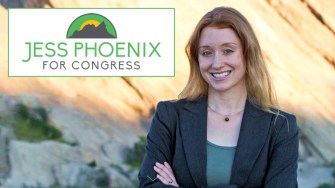 Why she’s running: I was moved to step out of my work boots and into the race for Congress because people like Donald Trump and Steve Knight are threatening that future by destroying some of the most basic things we all agree are important. Education, scientific research, disaster preparedness, critical parts of our communities like roads and bridges, national parks, and wildlife are all under assault. Our economy thrives when we invest in our people and our planet. Trump and Knight both deny the science of climate change, which impacts our economy, health and way of life.  Their attacks on immigrant families, women’s rights and healthcare coverage are offensive and damaging to the most vulnerable people in our society. 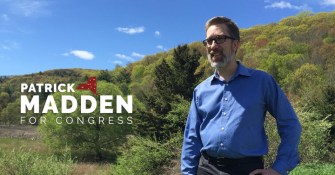 Why he’s running: I’m a computer scientist. Facts are real. The scientific method works. And you don’t have to believe this because you see it on a web page. You have the proof right in front of you, right at this moment. But in Washington, there’s an all out attack on the very idea of facts, and on anyone who tells the truth. Scientists. Journalists. Every honest person is threatened, with the President leading the charge. Prior to the last election, I would have never considered running for public office.  But after the Internet hacking, and the corrosive effects of fake news, it’s clear that traditional politicians are in over their heads. Understanding emerging technologies is key to crafting laws that make sense for the future, and in finding ways to defend the country against new kinds of attacks. 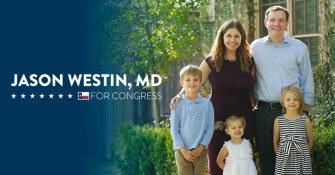 Why he’s running: I’m not a politician, I’m a doctor. I’ve spent the last 15 years tackling life and death situations with my patients. As a doctor, I took an oath: first do no harm. But when career politicians like John Culberson keep trying the same failed partisan prescriptions, our community is worse than if they’d done nothing at all. I’m getting off the sidelines because I know firsthand what’s at risk for folks who will lose their access to health care if President Trump and Congressman Culberson have their way. Their proposed cuts to science and research funding, and their plans to kick millions of Americans off their insurance are dangerous. Our community can’t afford that kind of recklessness.

Even with brave scientists like these — and others committing to service at the state and local level — it’s going to take some time to get the U.S. government out of this anti-fact mindset. Maybe we’ve been spoiled, assuming the acquisition of knowledge was the normal state of things, and now we’ve been disabused of that notion. If we can fix this, may it never happen again.

The researchers and patients are excited to see if color vision will develop over time.
Up Next
Neuropsych

A recent study shows that NBA players performed worse in games where they had spent the previous night staying up late and Tweeting.