One of the final scenes in the HBO film, The Final Year, is on election night. Samantha Powers was hosting what she assumed would be a victory party for Hillary Clinton. A total of 37 female ambassadors had gathered, as well as other important women, such as Madeleine Albright and Gloria Steinem. As the results came through, the gravity weighed down the room. There would be no female president.

There’s never been a female president, and that’s a problem, according to a new study published in Journal of Economic Behavior & Organization. Despite all the rhetoric about Clinton being corrupt, this research of 155 regions in 17 European countries found the opposite to be true: when more women are in government the nation is less corrupt. 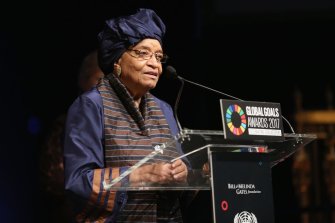 The size of your dreams must always exceed your current capacity to achieve them. If your dreams do not scare you, they are not big enough. — Ellen Johnson Sirleaf, president of Liberia (2006-18)

Conducted by Chandan Kumar Jha, at the Madden School of Business, and Sudipta Sarangi, professor and department head of the Department of Economics at Virginia Tech, the paper focuses on female labor force participation and parliamentary presence. While females have little effect on most economic activities in government, they are certainly less corrupt. This holds true for local as well as national seats. Sarangi notes:

This research underscores the importance of women empowerment, their presence in leadership roles and their representation in government. This is especially important in light of the fact that women remain underrepresented in politics in most countries, including the United States.

The authors attribute this to policy decisions made by women. They note that women tend to focus on laws that favor women, children, and family. While it may seem that the longer women are in power the more corrupt they’ll become, the authors found no evidence of this. They did note that women are not necessarily less corrupt than men in general; the focus of this study is governmental roles and the policy decisions they make. And in that arena the answer is clear. 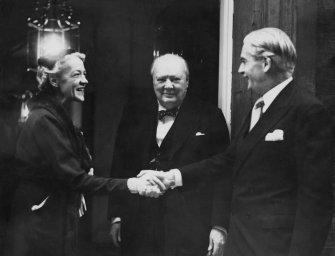 The right way is not always the popular and easy way. Standing for right when it is unpopular is a true test of moral character. — Margaret Chase Smith, Republican Senator from Maine (1949-73)

Interestingly, the authors cite a shortcoming: their data are concerned mostly with the perception of corruption. But they don’t find that to be a problem. In fact, they write, perception and action are closely linked:

While the issue of gender inequality persists across the planet, the authors conclude that “women’s participation in politics should not only be encouraged for the sake of obtaining gender equality but also because it has positive externalities—a negative impact on corruption.” 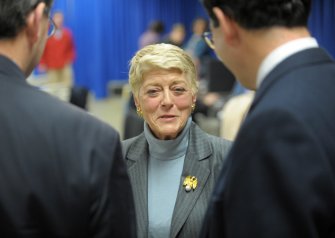 With a record number of women running for election in the U.S. this year—309 in total, breaking the 2012 record of 298—fighting corruption is one of the many issues on people’s minds. Our current Congress is comprised of less than 20 percent of women. With any luck that will change this year.

At the local level, the numbers are even more startling; Emily’s List reports that over 34,000 women have expressed interest in attaining a seat this year. Policies that discriminate based on gender have fired up women in America like never before. Here’s to a less corrupt 2019.

Related
Starts With A Bang
The galaxy cluster that broke modified gravity
19 years ago, the Bullet Cluster provided an empirical proof for dark matter. Even today, modified gravity still can’t explain it.
Neuropsych
Psychology studies that go viral are likelier to be bogus
A new 20-year analysis of over 14,000 psychology studies finds that a study’s media coverage is negatively linked to its replicability.
The Future
How a device transmits radio waves with almost no power
Apart from the energy needed to flip the switch, no other energy is needed to transmit the information.
The Present
Radical idea: Redraw the U.S. map as a nation of city-states
While cities drive national economic growth, their political geography means they cannot effectively deal with inequality, poverty, and other socioeconomic problems.
The Learning Curve
Why do high IQ people stagnate in their careers? Emotional intelligence
Research suggests that emotional intelligence is more vital for success than IQ.
Up Next
Technology & Innovation
Where Amazon, Facebook and Google buy some of their best ideas
The top 10 tech companies spend big bucks acquiring innovative startups and their brilliant technologies.