After his loss in Tuesday night’s debate, the Republican nominee for president is now known as the candidate who goes out of his way to compile resumes on female job candidates and stuff them into binders.

The response from the GIF community has been fast and furious. Here are a few of the best: 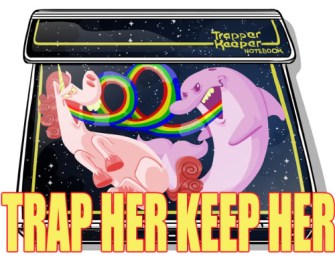 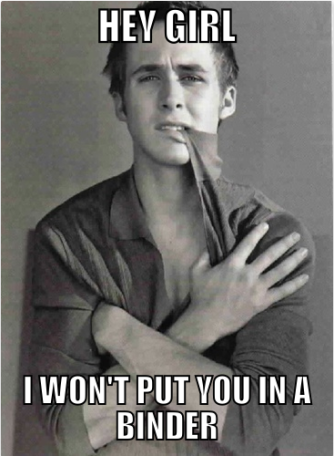 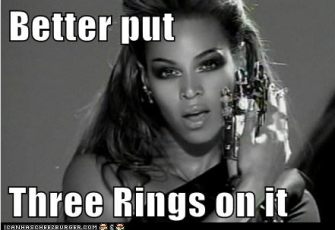 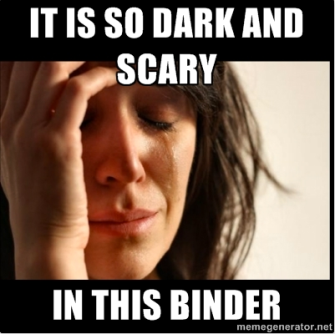 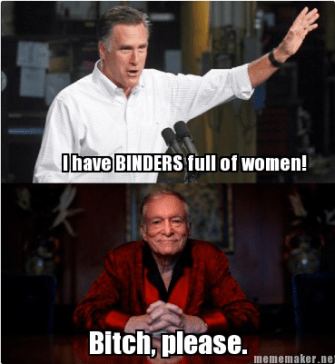 The “binders” line came during Mitt’s rambling, condescending, nonresponsive answer to Candy Crowley’s follow-up to Katherine’s question on whether he supports equal pay for women. In lieu of answering that question, he pandered to women generally. Here is how I tweeted the moment:

And here were two more takes:

In the midst of all this well-deserved fun-making, few seem to have noticed how Mitt’s mad search for lady cabinet members may conflict with one of his campaign’s deeply held principles. My friend and colleague Seth Halvorson noticed this on Facebook last night:

Binders are good to organize information. Hard drives are better. But if you have binders full of women, and say, make a point to note your administrative intervention in hiring practices at the state cabinet level to reflect diversity and the need to create an inclusive workforce that reflects America, be sure to anticipate how your use of binders full of women coheres with your party’s rejection of affirmative action. Because basically, what Romney’s example showed is that affirmative action is a good thing and he did it.

Um, wait a minute. As a supporter of affirmative action, shouldn’t I applaud Romney’s latest policy reversal (as implicit and pandering as it was)? Shouldn’t I embrace the binder meme as an illustration of how affirmative action ought to work: recruiting talented individuals from underrepresented groups in order to enhance the diversity of schools and the workplace, with benefits redounding to civil society and to the fairness of our democratic political system?

Maybe. But given the context of Romney’s remark, I’m not inclined to praise him for his support of equal rights for women in the workplace. First, Mitt’s binder filling doesn’t seem to be a universal principle. He may have recruited some women to be cabinet members as governor of Massachusetts, but he apparently had no need for them at Bain Capital. And second, recruiting women to positions of power is meaningless without a requirement that they be treated as equals once they begin their jobs. Romney has never committed himself to such a policy, and he refused to do so during the debate. A Romney adviser says the candidate opposed the Lily Ledbetter Fair Pay Act in 2009. This means the women in Mitt’s binders may have to make do with earning 72 cents on the dollar.

That’s no way to treat a lady.

Years ago, when I was a young reporter working for a New England newspaper, I was told, more than once, that our city editor had “the personality of a door […]