The FDA plans to start enforcing guidelines that would prevent manufacturers of products like almond and soy milk from using the word ‘milk’ in marketing and labeling.

In a talk with Politico, FDA Commissioner Scott Gottlieb said his agency already has many federal guidelines called ‘standards of identity’ that dictate how various foods and beverages need to be manufactured in order to be marketed under a certain name. The standard of identity for milk, for example, describes milk as “the lacteal secretion, practically free from colostrum, obtained by the complete milking of one or more healthy cows.”

According to Gottlieb, the question is whether the FDA has been enforcing its own guidelines.

“The answer is probably not,” he said. “An almond doesn’t lactate, I will confess.”

The announcement was likely well received by dairy farmers, many of whom have been calling on the FDA to enforce stricter interpretations of its guidelines for years.

In December 2016, 34 members of congress signed a letter to the FDA urging it to take action against the lactose-free ‘milk’ manufacturers, arguing that the use of the word is harmful to the dairy industry and consumers.

“As you know, dairy farmers are facing a serious financial crisis,” the letter reads. “These hard working Americans have experienced deep cuts in income as milk prices have plunged 40 percent since 2014.” 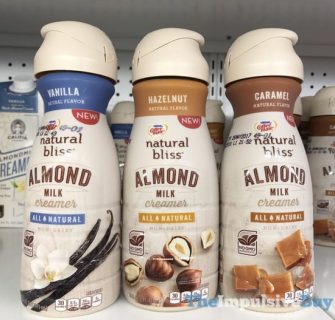 Meanwhile, sales of nondairy milk alternatives, like almond and soy milk, have increased by more than 60 percent over the past five years. These products are staples of the vegan and vegetarian diets, both of which have become increasingly popular.

Dominika Piasecka, spokesperson for The Vegan Society, said the FDA’s decision was ‘unnecessary’.

“There’s no denying that the meat, dairy and egg industries are feeling threatened, and this is a desperate move to try to restrict the marketing of those cruelty-free products,” Piasecka told Newsweek. “Ultimately, regardless of what vegan alternatives to dairy are named, they will continue to enjoy growing popularity as more consumers are moving towards an ethical, sustainable and healthy vegan diet,” she said.

In any case, the nondairy ‘milk’ alternatives will have time to brace for the change.

“This is going to take time,” Gottlieb said, adding that he can’t do it unilaterally and that the agency would seek public comment on the issue. “It’s not going to take two years, but it probably takes something close to a year to get to go through that process.”

For the first time, scientists observe “devouring of planet” by young star

It will take further study to confirm the star’s iron influx came from a planet or two, but the initial theory is quite compelling.