Recent headlines have heralded the arrival of gene-edited piglets free of viruses that could stand in the way of safe transplantation of porcine organs into humans. The fact is that such attempts at xenotransplantation are nothing new, and more significantly, that the researchers’ “success” is questionable, for both technical and ethical reasons.

Drawings of human-animal hybrids, or chimeras, date back to prehistoric times — who can forget the bird-headed man in the French Lascaux cave or the ancient Egyptian deities with human heads on animal bodies such as the Great Sphinx? 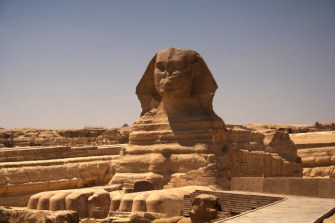 According to the NIH’s A Brief History of Clinical Xenotransplantation, the first attempts to intermingle humans and other species actually began back in the 16th century with xenotransfusions, blood transfusions from animals to humans. By the 19th century, doctors were attempting interspecies skin transplantations using both furless creatures such as frogs — who were sometimes skinned alive during the process — as well as furry creatures such as sheep, rabbits, dogs, cats, rats, chickens, and pigeons. The first pig-to-human corneal transplant was attempted in 1838. None of these early efforts were believed to be very successful, and it would not have occurred to many at the time that these experiments gave no consideration whatsoever to the suffering of the animals involved. (Here’s an even more thorough history of xenotransplantation if you’re interested.)

Some suggest, however, that with a better, simpler — and more ethical — solution already available, this may actually reflect the eagerness of scientists to do science more than it does a genuine desire for an answer to a problem. As bioethicist L. Syd M Johnson tells Big Think, “The shortage of transplantable organs is a very real problem. Other countries have had great success increasing donations by doing simple things like making everyone a donor, unless they explicitly opt-out. Social engineering is a low-tech solution to the organ shortage, and much safer, easier, and cheaper than the high tech genetic engineering being done to possibly make xenotransplantation possible.” 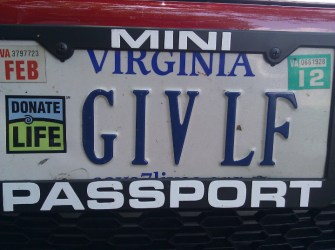 One of the major stumbling blocks in the transplantation of pig organs — which may in other ways be human-compatible — are PERVs, an (unfortunate) acronym for “porcine endogenous retroviruses.” PERVs are gamma retroviruses, genetic remnants of ancient viral infections, and they’re woven into the pig genome. There are multiple types of PERV, but it’s know that PERV-A and PERV-B, at least, can transfer zoonotic microorganisms — infections — into human cells that have been combined, in vitro, with pig cells.

The team behind the new research, led by geneticist George Church of Harvard — and affiliated with the Broad Institute, one of the patent holders of CRISPR-Cas9 — and colleague Luhan Yang, had demonstrated in 2015 that they could inactivate PERVs at all of their 62 sites in the pig genome in an immortalized cell line, and thus prevent those cells from passing them to human cells. 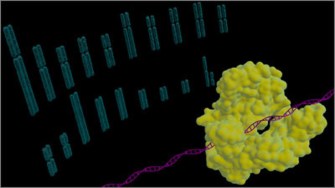 First off, it’s impossible to know if inactivating PERVs is all that needs to be done to make porcine organs safe for humans. Scientists already know that pig genes will need to be modified so they don’t provoke rejection in humans, and they’ll also have to insert other genes to avoid toxic blood interactions. And then there are the things we don’t yet know about.

For one thing, it’s not entirely clear that PERVs are even really the issue. Cardiac transplant surgeon Muhammad Mohiuddin, who’s working with United therapeutics to develop implantable porcine hearts tells Science, “At this moment, I don’t think we are very worried about PERV.” Transplant immunologist David Cooper says, “If this is required, it will add to the time before pigs can be used for transplants in patients in desperate need. And it will add to the cost of providing pigs for the initial clinical trials.”

And then there are the considerable ethical issues, on both the human and animal sides.

Johnson reminds us, “In past experiments with xenotransplantation, the human recipients of animal organs have all died, some from hyperacute rejection, which results in rapid death, and many others more slowly. People waiting for lifesaving organs are vulnerable and desperate — exactly the kinds of people we should be concerned about using as subjects in exceptionally risky experiments.”

Another issue to consider is financial. “What we’re talking about here is growing human-compatible organs in genetically modified pigs. Those organs are not going to be free” says Johnson. “There will be patents. The organs will be commercially grown in for-profit businesses. There are already economic issues related to access to organ transplantation. What happens to patients who can’t pay the price? What effect might commercially grown organs have on organ donation? Will potential organ donors be dis-incentivized to donate?”

As far as the animals go, the same long-term concerns hold true. The study itself is also a textbook case of what this research is like for the animals involved. The piglets were carried by 17 sows, into each of whom were implanted 200-300 cloned embryos. There were initially 37 PERV-inactive piglets, of which “15 piglets remain alive, and the oldest healthy animals are 4-month old.” First off, this means 22 piglets died, with only 15 surviving, a less-than-half success rate for the few embryos that resulted in pregnancy. Of the 15 survivors, 4 of the healthiest are said to be 4 months old, but what about the other 11? What condition are they in?

Johnson points out, “Cloning is an expensive and inefficient method of reproduction, with a high failure rate, and it’s very costly in terms of animal welfare. Before we get to the point where we can use pigs as living organ farms, many, many animals will be sacrificed – not just pigs, but also the animals first used to test the transplants. Traditionally, the initial experimental organ recipients have been nonhuman primates.” 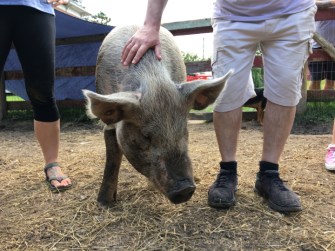 Are pigs sentient? This one jumped off a truck en route to a slaughterhouse. (ZOË JOHNSON-BERMAN)

When one balances how little effort has been expended encouraging organ donation and how much money, effort, and likely animal suffering has been invested in scientific research, the Church team’s announcement of their PERV-inactive piglets seems like considerably less than the joyous news it’s often breathlessly characterized as being. And when one then considers just how much remains unknown about the dangers of xenotransplantation, the new study is perhaps as much a warning as it is a game-changing breakthrough.

How to meditate when you’re bad at it

In his new book, Why Buddhism is True, Robert Wright admits he’s bad at meditation—and that’s part of his success.