Ten people were arrested in the suburbs of New York, Boston, and northern Virginia last week, accused of being part of an elaborate Russian spy ring. According to the

, the group’s work has all

meticulously constructed cover stories.” The Associated Press reports today that it’s likely now that the spies will be released in an exchange to free American spies held in Russia,

While the 10 caught spies haven’t become household names yet, there have been quite a few notorious Russian spies and espionage rings caught over the last century in the U.S. and Britain.  Here are our top five: 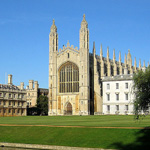 1. The Cambridge Five –  In 1934, three Cambridge undergraduates, seduced by the the proletarian idealism of communism, were recruited by Soviet intelligence (possibly via philosopher and Cambridge professor Ludwig Wittgenstein). They, in turn, convinced two or more of their peers to join them in infiltrating British government and intelligence agencies before, during, and after the Second World War.  Most successful among them was Kim Philby, described by his Soviet handler as “the greatest spy of the century” whose position within MI6 compromised the identity of nearly every British spy working in the Soviet Union. Philby, along with most of his cohorts, defected to the Soviet Union before he could be apprehended. 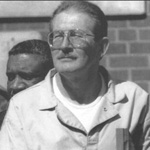 – Of all the moles to have infiltrated the C.I.A., Aldrich Ames’s work was the most devastating. Over the course of 9 years, Ames revealed the identity of every single U.S. agent in the Soviet Union, leading to the deaths of 10 U.S. assets. In doing so he became the highest-paid spy in U.S. history, receiving over $4.6 million. His motivation seems to have been purely financial, as he had grown accustomed to living well beyond his means (thanks in part to a demanding mistress). He is now serving a life sentence in prison. 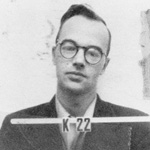 3. Klaus Fuchs – Fuchs is known as worst atomic spy in U.S. history. A German-born British physicist, Fuchs played an instrumental role in the Manhattan Project. Within months of joining in the work, he began passing those nuclear secrets to a Soviet handler code-named Raymond. A devoted communist, his motivation was to further the people’s revolution, and he relied on what he called a “controlled schizophrenia,” which enabled him to betray those closest to him. Fuchs was captured in Britain in 1950, and his statements helped to implicate Julius Rosenberg in a greater post-war espionage ring. After 9 years in a British prison, Fuchs was released to East Germany, where he lived a free man until his death in 1988. 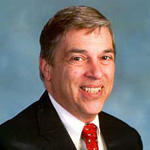 4. Robert Hanssen – A former FBI agent who spied for the Soviets starting in 1979, Hanssen divulged state secrets in exchange for cash and diamonds for the next 22 years. When he was captured in 2001, the Department of Justice called his treason “potentially the worst intelligence disaster in the history of the U.S.” On the surface, Hanssen was conservative and devoutly Catholic, but when he was caught it was revealed that he frequented strip clubs and videotaped sex with his wife to share with friends. He is currently serving a life sentence without parole. Aldrich Ames and Hanssen were active spies for much of the same time, and Ames’s

arrest in 1994 helped lead to authorities to Hanssen. 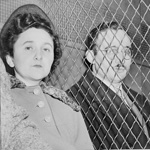 5. Julius and Ethel Rosenberg – The Rosenbergs were the first American citizens to be executed for espionage. There is no doubt that Julius was a spy, but the choice to execute this Jewish couple is still thought controversial: had it not been for McCarthy-era anti-Communist hysteria, they would most likely not have received the death penalty. Accused of passing atomic information to the Soviets, the Rosenbergs were tried in the months following the detonation of the first Soviet atomic bomb, Senator McCarthy’s claim that Soviets had infiltrated the government, and the onset of the Korean war.

How Would Some South Africans Respond to Holland Winning the World Cup?

There is plenty to be said for the strong Dutch team at the World Cup in South Africa. With players like Arjen Robben and Wesley Sneijder, they’re among the tournament’s […]