Here’s a claim that seems rock solid in the “post-truth” era: People are conceptualizing reality in wildly different ways, especially since the election of President Donald Trump.

Part of the blame can be placed on “filter bubbles,” which form when website algorithms analyze a person’s searches and personal information to deliver them news stories on which they’re likely to click—stories that affirm their existing beliefs. The result is a personalized media landscape that’s ideologically homogenous.

“(Technologies such as social media) lets you go off with like-minded people, so you’re not mixing and sharing and understanding other points of view,” Bill Gates said to Quartz in 2017. “It’s super important. It’s turned out to be more of a problem than I, or many others, would have expected.”

Facebook CEO Mark Zuckerberg echoed this sentiment, calling filter bubbles one of the company’s two “most discussed concerns” of 2016, in addition to inaccurate news stories. 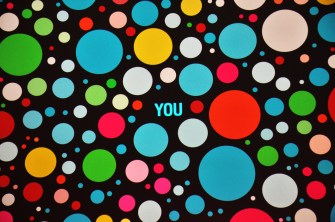 As it becomes clearer how filter bubbles are coloring our interpretations of people, events and ideas, an obvious question arises for America’s first “Twitter President”: What does Trump’s filter bubble look like?

@trumps_feed, a Twitter account created by the Washington Post, provides a glimpse. The account retweets all the tweets sent out by people whom Trump follows, effectively replicating what he sees when he uses the app. See for yourself below:

As of August 2017, these are the accounts which Trump follows on Twitter:

Trump's feed leans to the right, considering he follows a total of seven Twitter accounts associated with Fox News and no accounts from more moderate or left-leaning outlets. But it's worth noting that the @trumps_feed account doesn't show what Trump would see if he switched to Twitter's "mentions" tab, a separate feed that would likely expose the president to news stories from a variety of outlets.

One constant across both of Trump's feeds is what's being talked about: himself. This word cloud, created by the Washington Post and based on tweets sent out from the accounts on Trump's feed this month, provides some idea.

To be sure, it's impossible to know exactly what news stories Trump's consuming. But he does provide clues through his criticisms of left-leaning media outlets and his talking points, some of which include language that mirrors commentary from Fox News.

There are no quick solutions to the problems posed by filter bubbles, partly because of how the brain works. People like to have their ideas validated. That's why the power of confirmation bias—the tendency to listen to evidence that supports a belief and ignore that which doesn't—is so strong.

Still, some in media and tech are looking at ways to improve the ways people consume news. In February 2017, Mark Zuckerberg wrote a 6,000-word “Building Global Community” manifesto in which he addressed the problem of filter bubbles:

Compared with getting our news from the same two or three TV networks or reading the same newspapers with their consistent editorial views, our networks on Facebook show us more diverse content.

But our goal must be to help people see a more complete picture, not just alternate perspectives. We must be careful how we do this. Research shows that some of the most obvious ideas, like showing people an article from the opposite perspective, actually deepen polarization by framing other perspectives as foreign. A more effective approach is to show a range of perspectives, let people see where their views are on a spectrum and come to a conclusion on what they think is right. Over time, our community will identify which sources provide a complete range of perspectives so that content will naturally surface more.

Another interesting perspective comes from Eli Pariser, who popularized the term filter bubbles in 2011 and serves as the chief executive of Upworthy. Pariser created the collaborative document Design Solutions for Fake News that outlines some major problems facing media, and specific ways to improve them.

How to change tech and media to avoid the formation of filter bubbles is a complex problem, but avoiding them on an individual level is relatively simple: seek out information from alternative points of view, and rely less upon news stories that are automatically fed or suggested to you.

Both social media companies plan to implement special protocols on Tuesday as election results begin rolling in.
The Present

The disappearance of Saudi journalist Jamal Khashoggi has caused international controversy.
The Present

West delivered an impassioned speech on American industry and transport, even pitching a high-tech plane to Apple.
▸
with
Stephen Johnson
The Present

Haley, who’s at times been both a supporter and critic of the president, reportedly “shocked” White House officials by announcing the end of her two-year tenure as a U.N. ambassador.
The Present

3 Successful Examples of Diversity Training in the Workplace

Diversity and inclusion are incredibly important topics for modern organizations of any size. Diversity training is a core part of ensuring that new employees feel welcome in the workplace—providing a […]