Nearly 4 out of 10 American jobs may be replaced through automation by the early 2030s, according to a new report by Price Waterhouse Cooper (PwC). In the report, the United States was viewed as the country most likely to lost jobs through automation–ahead of the UK, Germany, and Japan. This is probably not what the current administration had in mind with an “America First” policy.

Why is America Most Susceptible to Automation?

While predictions regarding automation’s impact on the workplace of the future should always be taken with a grain of salt (given the difficulty of predicting the future, along with the major fluctuations of predictions), the PwC report points to two main reasons why the United States may be most susceptible to automation:

1. The types of industries: certain industries are much more susceptible to automation than others. Stated simply, the more automatable a process is the more likely it would be displaced through automation. Industries that require critical thinking and a personal touch, such as Education, are less like to be automated than industries like Manufacturing and Transportation. 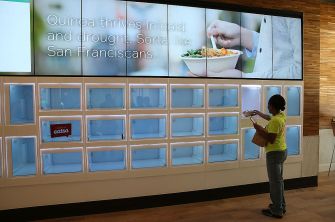 2. Dynamics within each industry: although automation impacts both high-skilled and lower-skilled positions, the jobs that require greater education and specialization may be less prone towards automation. In comparison to the UK, the authors of the PwC report pointed out the routine nature of many American industries. The more routine a position, the more automatable it is.

What is the United States Doing to Prepare for this Disruption?

Given the predictions our America’s susceptibility of losing jobs through automation and AI, coupled with the significant amount of anxiety that Americans feel towards losing their job through automation and AI, one would assume the issue is top-of-mind for the Administration. The recent comments by Treasury Secretary Mnuchin seem to show otherwise.

When asked about the threat of AI on jobs at a recent Axios event, Mnuchin stated that “It’s not even on our radar screen…50-100 years” away. The Treasuring Secretary continued that he was not worried at all about the prospect of robots displacing workers in the near future, and, in fact, was quite optimistic. 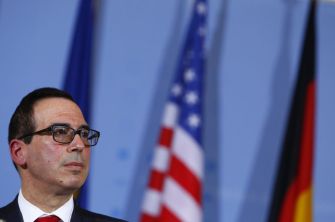 When you have reports like the one from PwC forecasting that 38% of Americans jobs could be automated by the early 2030s, you would hope that would trigger some sense of concern and desire for planning. This doesn’t appear to be the case. As the New York Times recently reported, President Trump has yet to name his top advisers for science and technology. At a time where AI and automation are the sources of such debate and potential concern, the government appears to be lessening the role of scientists and researchers.

“The American workforce lags behind other countries in some ways,” says futurist Amy Webb. Webb is the founder and CEO of the Future Today Institute, one of the world’s foremost strategy and forecasting firms regarding emerging science and technology. She recently released The Signals Are Talking: Why Today’s Fringe Is Tomorrow’s Mainstream, a book focused on better understanding what the future most likely holds–and what we should be doing in the present to prepare for that likely scenario. 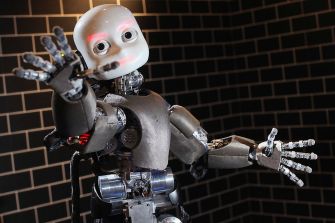 “The current administration has demonstrated that it lacks a basic understanding of what automation actually means from a technical standpoint. As a result, they suffer from the paradox of the present: they outright fear or reject technology that they don’t already understand. Trump’s cabinet has a hard time seeing the future because collectively, they lack direct exposure to the enormously complicated AI ecosystem, and because they haven’t taken the time to learn about this technology.” -Amy Webb, Founder & CEO of the Future Today Institute

What Should America be Doing?

According to a recent survey by SelectHub, 41% of Americans fear getting replaced by AI. But as we have learned from past disruptions, emerging technology tends to open up new careers that don’t exist presently. How the United States plans for these disruptive forces can have a major impact on whether we are capturing its benefits.

“The current administration should be working furiously to build initiatives for education, training and workforce redevelopment—and it should also be studying how automation will create new fields and jobs,” Webb says. “It’s doing neither, which is putting America behind other developed countries.”

We can massively disagree about what impact AI and automation will have on the workplace. But what should all be able to agree that it will impact our future workplace, and to not to plan for the future is making us vulnerable to being blindsided.

The ‘Internet of Things’ Will Take Nudge Theory Too Far

The 24/7 nudge economy is emerging. Once-quiet appliances that waited for you to push their buttons are now pushing yours.