Should Presidential Elections Be Decided By a Popular Vote? 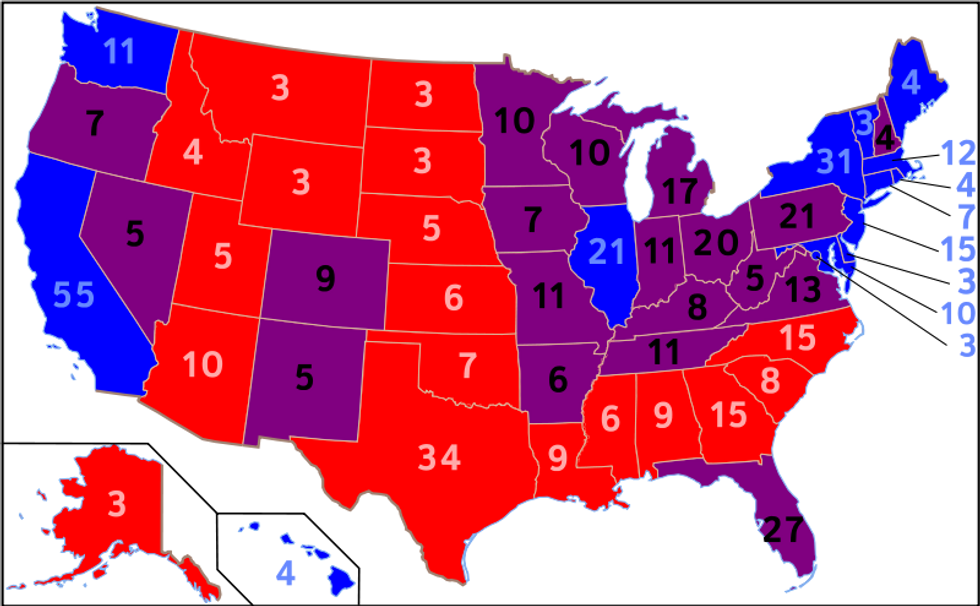 In the disputed presidential election in 2000, it was hard to say just who won the vote in the electoral college. But it was clear Al Gore won the national popular vote by a comfortable margin of more than 500,000 votes. Under our current system of electing presidents, of course, that doesn’t matter at all.

There is a movement to change the system so that it would matter. The 2000 election was at least the third time in our nation’s history we’ve elected a president who lost the popular vote—both Rutherford B. Hayes and Benjamin Harrison were elected in spite of losing the popular vote—and in this era of close national elections, it would be surprising if it didn’t happen again soon. In fact, it almost did happen again in 2004, when George Bush could easily have lost in spite of having won a majority of the vote if Ohio had swung to John Kerry.

It’s not simply that giving the presidency to the candidate who receives fewer votes seems undemocratic and unfair. Under the current system, candidates have little incentive to campaign anywhere but in swing states. The electoral votes in the states that are the reddest or the bluest—that consistently vote either Republican or Democrat—are for all intents and purposes a foregone conclusion. A study by FairVote found that in 2004 candidates devoted three-quarters of their campaign resources during the peak season to just 5 states, but didn’t even visit or buy television advertising in 18 states. Most states—along with the issues important to their voters—were effectively ignored in the election. Their voters knew it too, and were less likely to bother voting.

In June, the New York state senate passed, with a large majority of both parties, a bill pledging to give all of New York’s electoral votes to the winner of the national popular vote, provided that a group of states with a majority of electoral votes pledge to do the same. If similar legislation were to pass in enough states, then whoever wins the popular vote will be guaranteed to win the vote in the electoral college. So far five states—Maryland, New Jersey, Illinois, Hawaii, and Washington—accounting for 61 of the necessary 270 electoral votes needed to trigger the bill, have similar laws on the books.

Some feel that such a plan would violate the federalist spirit—if not the letter—of the Constitution. But as Hendrik Hertzberg points out, the current system, in which it's really the states that cast the votes for President, is not so much the product of any grand political design as it is a sordid compromise that allowed slave states to cast votes on behave of black slaves without letting them vote themselves. And if this plan would further reduce the role states play in the presidential process—and would certainly face legal challenges—it nevertheless seems perfectly compatible with the Constitution, which allows states to choose electors however they like.

The bill was able to garner bipartisan support in New York because it’s not clear that either of the main political parties would stand to benefit from having presidents elected by a national popular vote. Small states might have less influence in a popular vote system, since they have more electoral votes per person than large ones. But with fewer total electoral votes they’re just not that tempting political prizes as it is. The main losers in a national popular vote system would be the handful of states that have outsize influence in the presidential election process. The winners would be those of us who live in states like New York and Texas, who right now have to watch presidential elections for the sidelines.