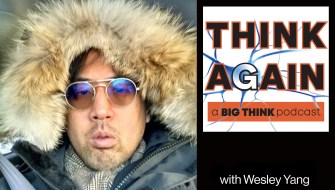 Such and such “doesn’t suffer fools gladly”. That phrase has always bugged me a bit. It’s like someone has just squeezed a pillow infused with an admiration-scented vapor that then hangs in the air for just a second, leaving you to wonder: Who is this remarkable personage? And who are these fools, so unworthy of his regard that he doesn’t even have to suffer them? Well maybe he suffers them. But not gladly. And yeah, it’s usually a “he”.

I don’t suffer that phrase gladly. But it’s trying to get at something. It’s asserting that the world is divided between affable idiots and those whose intellectual rigor leaves no time for idle chit chat. Or that the shared social—and now social media—space is mediocre, coercive, and corrupting. That clear thinking is independent and often lonely. When you put it that way, it’s harder to argue with.

My guest today doesn’t suffer fools gladly. His pen is sharp and uncompromising, even when he turns it on himself. Wesley Yang writes essays mostly about outsiders and outliers. Some try to fit in. Some try not to. Some succeed. Some fail by succeeding. His new book of essays, which contains some of the best writing I’ve ever read, is called THE SOULS OF YELLOW FOLK. It was just justly named one of NY Times 100 notable books of the year. And I’m so glad it’s brought him to Think Again.

There’s an extra source of massive “stuff” in our Universe beyond what gravitation and normal matter can explain. Could light be the answer?
Up Next
Starts With A Bang

Ask Ethan: Are The Smallest Particles Of All Truly Fundamental?

Going to smaller and smaller distance scales reveals more fundamental views of nature, which means if we can understand and describe the smallest scales, we can build our way to […]