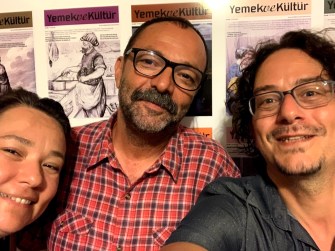 Musa, Jason, and Demet at the offices of Yemek ve Kultur (Food and Culture) Magazine

There’s a pattern that happens with any new thing. First it’s scary, then you settle in to a rhythm, then you hit your stride, then you get too attached to things being the way they are. For a while there I thought I could only record an episode of this show sitting in a particular chair facing a particular direction. When that kind of thing happens, it’s time to shake things up. So today’s show was recorded 5000 miles away from my comfy New York studio, in my wife’s hometown of Istanbul, Turkey. We took a ferry from the European to the Asian side of the city, to the neighborhood of Kadikoy. There we met Chef Musa Dağdeviren—a one of a kind of food ethnographer who’s trying to preserve techniques and recipes from Turkey’s vast and diverse culinary history before they disappear forever. We ate at his restaurant Ciya Sofrasi and talked to him afterward in the offices of Yemek Ve Kultur (food and culture), the magazine he’s been publishing for the past 15 years. Musa is a man on an ambitious labor of love—a mission his mom gave him as a small child to investigate, understand, and pass on this knowledge. He’s totally unlike anyone I’ve ever met, and I’m happy to share this very different episode with you.

THE TURKISH COOKBOOK — Musa’s vast compendium for an English speaking audience. Comprehensive as it is, it contains less than half of the 1500+ recipes he’s collected in his travels. More to come! 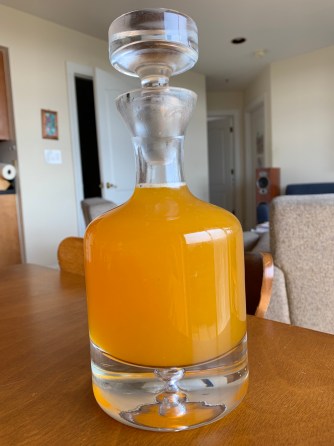 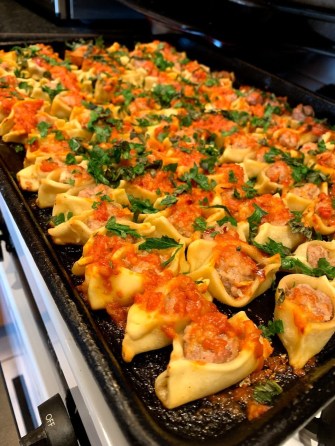 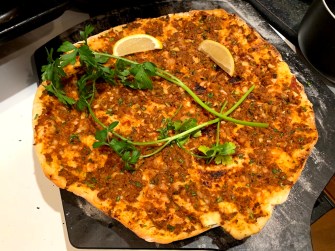 A Carrington-magnitude event would kill millions, and cause trillions of dollars in damage. Sadly, it isn’t even the worst-case scenario.
Up Next
The Present

Politically incorrect speakers seem less calculated and more “real,” according to the authors of a new Berkeley study.