A piece of legislation to address the problem is getting widespread support. Yet, it’s stalled. 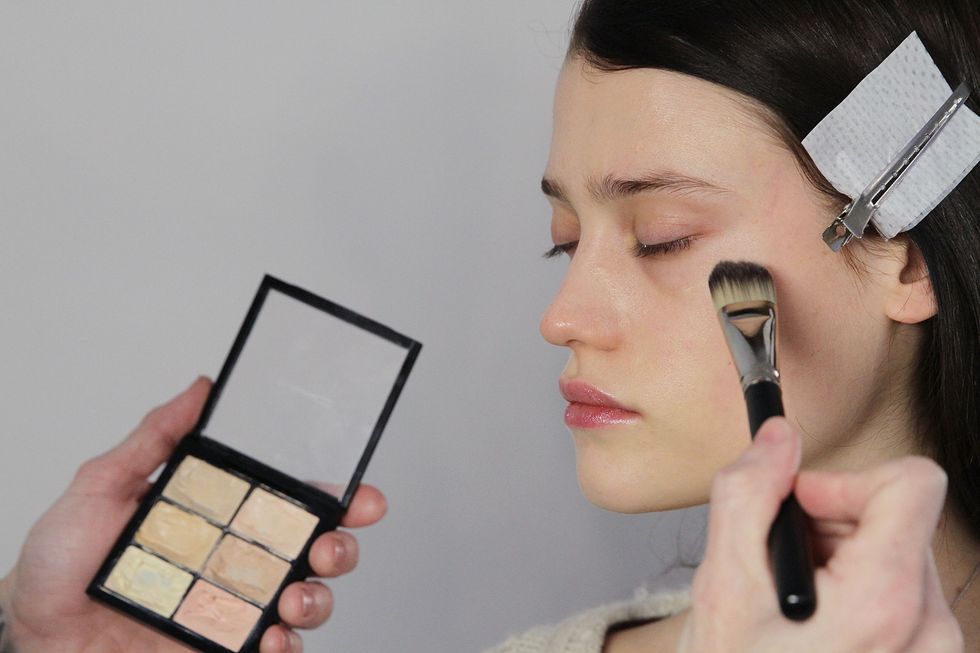 The average person uses about nine personal care products per day and never thinks twice about them. Many use more. These are your shampoo, conditioner, deodorant, lotions, creams, cologne or perfume, and cosmetics. Let’s just say you use nine products. That equals 129 unique chemicals you’re exposed to daily. Yet, few of their ingredients are proven safe for human health.

It’s gotten so bad, scientists are now starting to talk about our “chemical body burden.” This is the amount of chemical buildup in human systems, which could increase the chances of cancer or fertility problems. Toxins in the environment, say smog, you can’t do very much about, except move. What products you choose to put in your bathroom is another matter. You might be shocked to find out there’s little oversight as to what chemicals can be included in personal care products.

According to the Environmental Working Group (EWG), federal law regulating such products hasn’t changed much since 1938. The FDA doesn’t test the ingredients of these products for efficacy or safety. Only colored additives require the agency’s approval. The agency can’t issue recalls on cosmetics or hygiene products either.

The average woman uses 12 such products daily, exposing her to 168 unique chemicals per day. According to the EWG, one of every 13 women are exposed to a known or suspected carcinogen, every day, while one out of every 23 men are. Taken together, that’s 12.2 million adults. What’s even more concerning is that manufacturers aren’t required by law to put all of their ingredients on the label.

Those who use more cosmetics than average are likely to increase their exposure to carcinogens. Getty Images.

Another problem is how these chemicals may be affecting our reproductive systems. Human fertility has declined significantly over the last two decades. Sperm counts in particular have taken a nosedive. Exposure to endocrine disruptors in hygiene products is one theory. These are chemicals that mimic sex hormones, throwing off our body’s equilibrium. Parabens and phthalates are two of the most commonly mentioned.

In a recent study published in JAMA Internal Medicine, researchers combed through every adverse effect from a personal care product reported to the FDA between 2004 and 2016. These complaints came through the FDA’s Center for Food Safety and Applied Nutrition’s Adverse Event Reporting System (CFSAN). What they found was that in 2015-2016 period, reports of adverse effects increased significantly. While the average is 396 annually, in that year 1,591 were reported.

One particular product, WEN by Jaz Dean cleansing conditioners, received a record 127 complaints, more than any other hair care product in history. Investigating further, the agency found 21,000 other negative claims targeted at the manufacturer or distributor, rather than the product itself. Some of the reported side effects include itching, rashes, hair loss, hair breakage, and baldness. Yet, despite all this, the conditioner is still on the market, while the FDA is examining “additional consumer reports.”

Fortunately, a piece of legislation looks to address this, the Personal Care Products Safety Act. It’s an amendment to the federal Food, Drug, and Cosmetic Act. Put forth by Senators Dianne Feinstein (D-Calif.), and Susan Collins (R-Maine), the bill has widespread support from legislators, the industry, and even consumer watchdog groups. Over a dozen companies support it including Unilever, L’Oreal, Revlon, and Johnson & Johnson.

And why would these companies so readily sign on to a bill that’ll likely increase their financial and regulatory burden? The answer may lie in the record $110.5 million settlement, paid out recently by Johnson & Johnson. It turns out, baby powder used consistently over years causes ovarian cancer. Or perhaps the reason is that the burden will likely impact small and mid-level competitors more, which could give corporate giants an edge.

Some of the new powers the FDA would have include recalling questionable products, creating and enforcing best practices, enforcing the requirement of special labels on products not suitable for children, inspecting facilities and company records, and enforcing a requirement that companies print all of a product’s ingredients on its label and online.

The FDA would also evaluate at least five ingredients per year. Some of the first chemicals on the list are lead acetate, propyl paraben, methylene glycol/formaldehyde, diazolidinyl urea, and quaternium-15.

The bill was introduced to the floor on of the Senate in 2015. Last September the Committee on Health, Education, Labor, and Pensions held a hearing. Then, last May, the bill was read twice and referred back to the same committee. Controversy’s surrounding in the White House and differences between the legislative and executive branches, have caused Congress to move at a sloth-like pace this year, part of a trend taking hold in recent years. Despite widespread support, the bill doesn’t seem likely to cross the president’s desk anytime soon.

For a list of products and ingredients to avoid, try here.

If you want to know what chemicals are in your personal care products, go here.

Finally, to find out more about the chemicals inside our bodies, click here: