Will we be building a better world or a more homogeneous one? 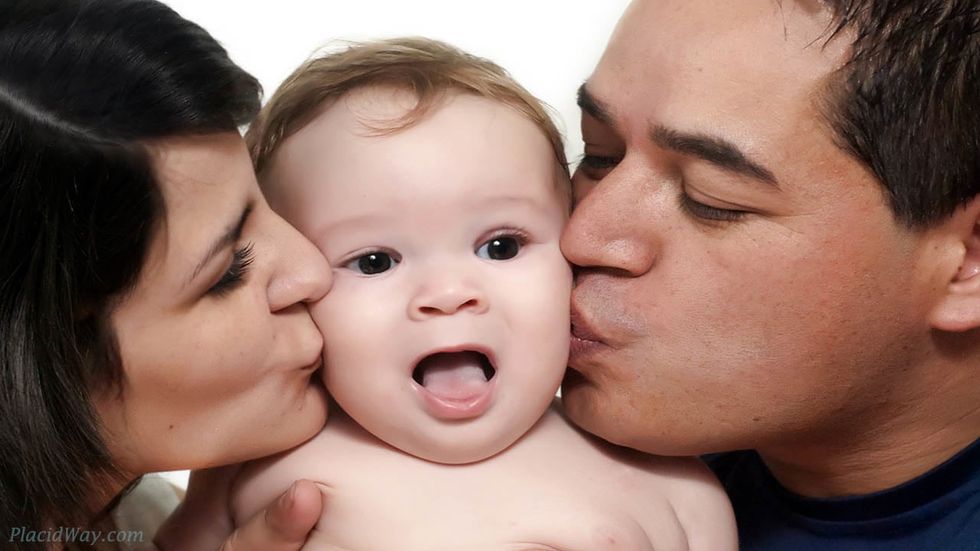 Parents with their baby.

The 1932 dystopian masterpiece Brave New World opens with a tour of the Central London Hatchery and Conditioning Centre, where genetically engineered humans are bred in five distinct categories, and brainwashed into accepting their fate, pigeonholed for the rest of their lives, in a caste system made possible by reproductive and genetic science.

Lay on top of this the succulent morsel of possibility, or perhaps the bait toward chaos. Such advances hold much promise. Imagine a world with fewer diseases. Not only could hereditary diseases be eliminated, but those genes which make conditions like Alzheimer’s, heart disease, diabetes, and cancer more likely could be erased as well. Our future world could be a place where people are more capable, healthier, better looking, and less prone to disease.

But in this same world, if we move too close to homogeny, we may eliminate the complex processes and random happenstances which produce a Mozart, a Da Vinci, or an Einstein, those outliers who change things for the better. So what is this technology, and how are we navigate the ethical and legal morass these capabilities create?

Henry T. Greely is both brave and informed enough to tackle this subject in a new book with a modest title, The End of Sex and the Future of Human Reproduction. As a professor of genetics, and the chair of the biomedical ethics committee at Stanford, Greely is an expert on such technologies, along with the ethical and legal challenges they pose. He argues that in as little as two to four decades, couples in developed countries will stop have sex for reproductive purposes and turn to science instead.

In vitro fertilization. Soon fertility science will be operating at a whole new level.

Greely contends that the process made to supplant natural conception will be free of charge—though that remains to be seen. Certain revolutionary techniques including stem cell research and genetics allow this to be possible. These and other new technologies and methods are poised to dramatically improve preimplantation genetic diagnosis (PGD), in vitro fertilization (IVF), and many more procedures. Really, this is about taking existing technology and scaling up.

We already use preimplantation genetic diagnosis (PGD) to detect a few disease-causing genes. Thousands of embryos undergo the procedure each year. Yet, it is expensive and cumbersome. But Greely sees a day where we will be able to sequence all of the 6.4 billion base pair genome of an embryo, quickly and inexpensively, what he calls “Easy PGD.”

Imagine a couple wanting to have a baby. They see the fertility specialist at a clinic, provide genetic material such as sperm or skin cells, and return sometime later. “The DNA of the resulting embryos will then be sequenced and carefully analyzed before decisions are made about which embryo or embryos to transfer to a womb for possible development,” Greely writes. “Prospective parents will be told as much as they wish to know about the genetic makeup of dozens of embryos, and they will pick one or two for implantation, gestation, and birth.” Besides the advantages of eliminating certain diseases, “It will be safe, lawful, and free.”

Greely describes the process like this, “Parents will get the embryos grouped by categories. One category will be very severe, untreatable, nasty diseases. This will affect one to two per cent of embryos. A second category would contain other diseases. The third will be a cosmetic category, including the person’s body shape, eye and hair color, whether the hair goes white early. We don’t know much about this yet, but we will.”

Behavioral characteristics come last. It won’t be possible to say, “This child is in the top one per cent of intelligence.” Yet, Greely believes it will be possible to say, “This child has a 60 per cent chance of being in the top half” of their graduating class. The cost savings on the healthcare system due to the decreased number of patients with hereditary diseases would be enormous. Some of these savings could be siphoned to widespread reproductive medicine, making the whole thing cost-effective and accessible.

Because of this, Greely predicts that those who make babies the old fashioned way, particularly in countries with socialized medicine may become stigmatized, since they would drive up the cost of healthcare. In a sense, it would also lead to more equality, as same sex couples could create a child that is genetically their own. It might also lead to some horrific results. “What if a woman decided to make eggs from herself and sperm from herself, and then transfer them to her own uterus?" posited Greely. Though it is unlikely, it could occur.

In vitro fertilization, along with “Easy PGD,” may replace sex as our method of reproduction.

Of course, people will still have sex for enjoyment, to grow closer to their partner, and for the health benefits. But Greely foresees the day when science makes sex for reproduction obsolete. And what about the moral and ethical quandaries? Greely in addition to being a scientist is a law expert. He says sometimes lawyers lay out the facts for the client and let them decide. He sees this book as that selfsame gesture. “I have some views about ways we might want to regulate Easy PGD, but they are tentative, based on glimpses and guesses of the future...”

This ability to steer human reproduction is becoming ever more possible. As this technology starts coming online, the future Huxley predicted comes ever closer to the realm of possibility. Of course, just like any new technology, it all depends on how it is being used. How can we develop the ethical and legal superstructure to ensure a better, more disease-free world, without being ensnared in a homogeneous or dystopian one? The truth is, no one really knows.