What you need to know about human organ trafficking

Not all organs are from reputable sources. There is a worldwide market, and many are obtained in some pretty shady ways. 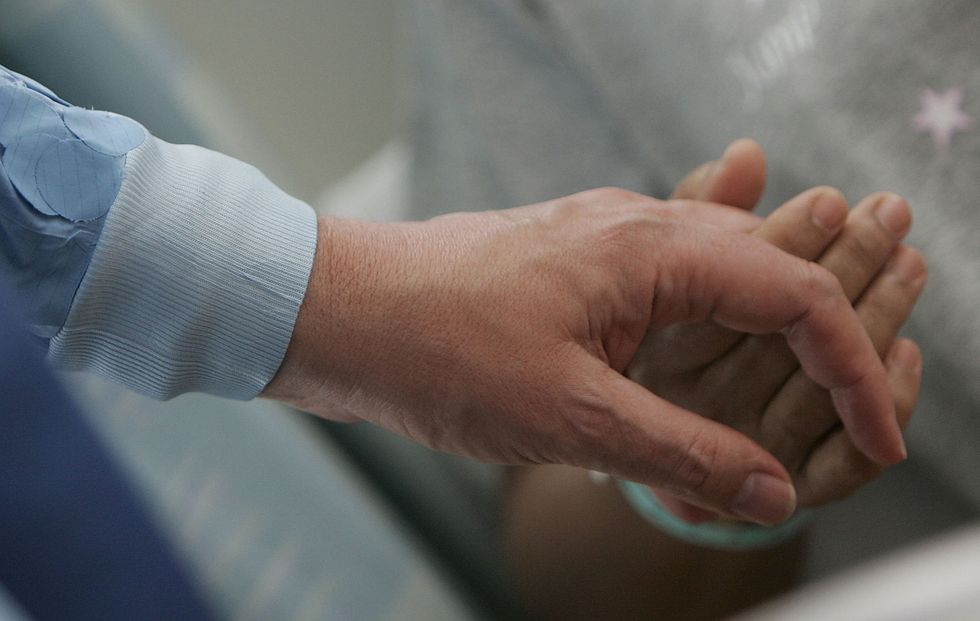 There's that urban legend. You go to dinner with a good looking stranger, go back to their hotel room or yours, have a drink, and pass out. The next thing you know, you are in the bathtub, naked, covered in ice, with a poorly stitched side, and a phone nearby with a note attached: Seek emergency medical care right away. According to medical anthropologist Nancy Scherper-Hughes, the truth is different, but is just as sinister and macabre, and tells us something about the state of global affairs today.

Scherper-Hughes is professor of medical anthropology at University of California Berkeley and co-founder and Director of Organs Watch, a medical human rights project. She is also an advisor to the World Health Organization (WHO) on issues related to global transplantation and has worked on the problem of human organ and tissue trafficking for a full decade. Yes, the illegal organ trade is real, and it may be happening at a hospital near you. Encapsulated within is a travesty of justice, an argument over global equality, and the dark, secretive underbelly of medical science, which few of us have dared to peak at. Today, Scherper-Hughes is the director of Organ's Watch, a nonprofit that keeps track of global organ trafficking. She is also the chair of Berkeley's doctoral program in medical anthropology.

The truth is, organ trafficking is a reality in many parts of the world. Documented cases have shown up in Indonesia, China, India, South Africa, Brazil, and many other countries. The reason? The demand for organ transplants, especially kidney transplants, is just so high. 123,000 men, women, and children are on the organ donor's list right now. An average of 25 will die each day. As a result, there is a huge scramble to find organs, legitimate or otherwise.

11,000 human organs were obtained on the black market in 2010, according to the WHO. That organization states that an organ is sold every hour, each day, every day of the year. Scheper-Hughes calls the demand for human body parts—organs and tissues—“insatiable." According to her, it's easier to trade in human body parts once they have been dehumanized through the processes of organ and tissue harvesting.

This high demand for kidney transplants has set up a depressing yet all too familiar dynamic: a trail of organ harvesting flowing from poor to rich in the United States, and global South to global North. The poorest slums of the world supply kidneys, for instance, to donors in the U.S., Europe, UK, Israel, and Canada. The UN is even looking into reports that ISIS, the wealthiest terrorist group ever, may be in the business of selling its victim's organs. UN special envoy Nickolay Mladenov said that the matter is being investigated. Meanwhile, Scherper-Hughes says organ trafficking in wartime, particularly in dirty wars or those with undisciplined armies, is not uncommon.

Her life reads like that of a secret agent's. The anthropologist has posed as a medical doctor in countries all over the world in order to investigate organ trafficking. She says, some of the U.S.'s topmost medical facilities have been caught with illegally trafficked organs. Scherper-Hughes has tracked organs to hospitals and medical centers in New York, Los Angeles, and Philadelphia, among other places. At one point, she found herself across the table from a group of organ transplant surgeons at a top Philadelphia hospital. The 60 year-old showed these physicians a sixty page report of interviews from a labyrinthine trail of buyers, sellers, and middlemen, stretching across the world, showing just where the kidneys these doctors were implanting came from. The WHO estimates that one-fifth of all transplanted kidneys, or 70,000 of them, are trafficked each year.

Organized crime syndicates work behind the scenes. Their methods are varied. Sometimes they trick the person into giving up the organ. For instance, there are cases where the so-called patient is treated for a sickness they don't have, and the traffickers make off with the organ. Or they force the person into giving it. But oftentimes, it is a cash payout that draws people out. There are cases where the person decides to sell their organ, say a kidney or a section of liver, but gets cheated, ending up with a much lower amount than what they were promised beforehand.

From there, the kidney, or whatever it is, goes to organ brokers, who can get $150,000 per transplant or more. $200,000 is not uncommon. Meanwhile, the donor usually only gets around $5,000. These brokers cross international lines to find “broker-friendly" hospitals in the U.S. and other developed nations. Two surgeons in the room with Scherper-Hughes in Philadelphia were implicated. The meeting ended poorly. The medical anthropologist was tossed out. The follow-up internal investigation turned up nothing. Scherper-Hughes believes many doctors are either involved, ignore where the organ came from, don't ask questions, or are in denial. Let's look at a few documented cases of organ trafficking.

Chinese hospitals are of particular concern. In China in 2006, a hospital run by the state communist party was exposed for trafficking the organs of prisoners of conscience, i.e. forced organ harvesting. 10,000 transplantable organs are sold out of China each year, a market worth $1 billion, despite the fact that few donors are on official lists. This has become the subject of a documentary: “Human Harvest: China's Organ Trafficking." International investigators like David Matas and David Kilgour cite evidence that tens of thousands have been killed in China by Chinese officials to support illegal organ trafficking. The Chinese communist party has denied all allegations of transplant operations, claiming that neither transplant centers nor or an organ harvesting program exists.

Al Jazeera, in February of this year, helped break up a three person trafficking ring in Indonesia. Here villagers in West Java, around 30 individuals, had sold their kidneys to the tune of $5,000 apiece. Other stories include a child in China who had his eyes cut out, possibly for the corneas, an African girl who was kidnapped and rescued in the UK before her organs could be harvested, and in America, the dizzying case of Kendrick Johnson. His death was deemed a freak accident in the school gym — they said the boy suffocated in a rolled up gym mat. Loved ones remained skeptical, however. After a protracted fight, his parents finally got a court order. They had the body exhumed and independently autopsied. During the autopsy, the medical examiner discovered something terrifying. The Georgia teen was found to have had all his organs removed and replaced with newspaper.

Although organ donation is regulated in the U.S., there are ways to beat the system via illegal trade. Corruptible funeral home directors forge death certificates and consent forms before the human remains are disposed of. In the developing world, people are kidnapped and used for their organs. Children sold into sexual slavery sometimes have their organs sold. And there are those in slums who give up their tissues, a piece of their liver, or their kidney, just to get their hands on a few hundred American dollars.

While Asia is certainly an area of concern, Scheper-Hughes has seen advertisements requesting organs in newspapers in Brazil, Moldova, and parts of Africa. She has also witnessed middlemen trawling the streets for donors in some countries holding wads of $100 bills. In China, one ad stated a kidney would get you $4,000 and a new iPad. The illegal kidney trade in Pakistan, driven by poverty conditions, yields a price of $1,000. Organ transplant tourism is a growing field, and here black market organs are often supplied.

The UN HUB or Global Initiative to Fight Human Trafficking, has listed the organ trade as one of their top priorities. Someday 3D printed organs using stem cells will make donation obsolete. But human organ trafficking will continue to be a serious, global problem as long as global inequality remains unchanged, desperate people of affluence and those just as desperate financially tight — tight regulations or not — believe there are huge profits to be had. The urban legend is scary, if not a bit melodramatic. The reality, however, as it often is, is in some sense even more horrifying.

To find out more about illegal organ trafficking in China click here: