What Brain Death Is and Why It Matters

Technology has helped us prolong life indefinitely. But that brings with it a lot of ethical questions, and questionable practices when it comes to brain death. 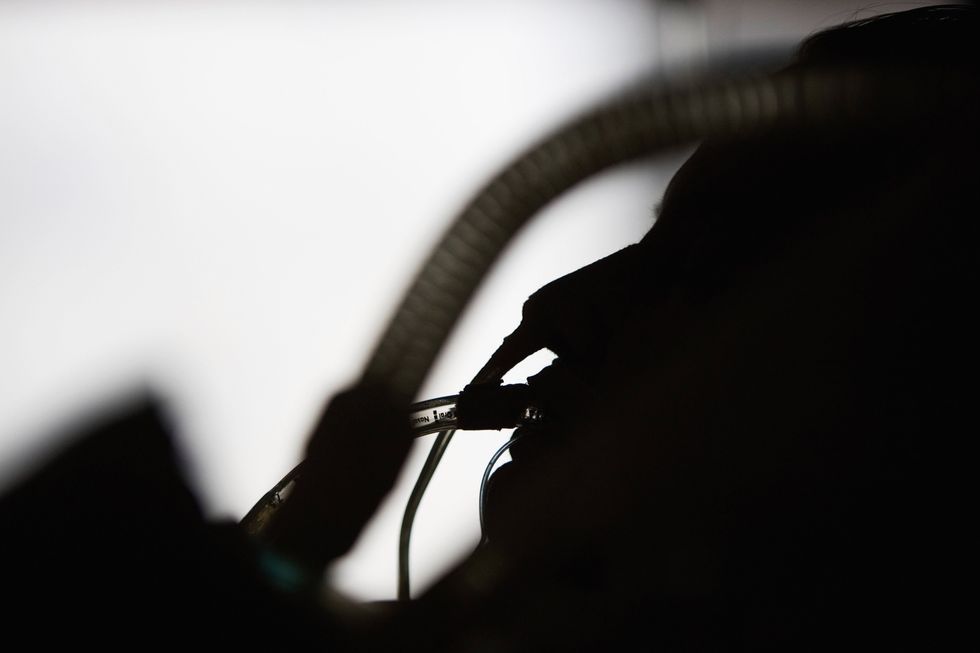 Technology brings with it new understandings about nature and possibilities never before imagined, along with complications and an ethical path much thornier, and harder to discern. Scientists and policymakers have long bemoaned the lag between runaway new technologies and the moral, legal, and procedural issues needed to wrangle them in. In many ways, medical science has changed how we define the most pivotal moments in life, particularly its bookends.

Those on either side of the abortion debate still argue over when conception begins. Meanwhile, on the other end, technology has allowed us to prolong life far past what we would consider a natural end, making what death is, and what it should be, extremely difficult for some to decipher, particularly when it means letting go of someone in their family. The Terry Shiavo case was an example of this. It also brings up the question of what is a dignified death, as typified by California’s new Right to Die law.

The very concept of death has been shaken up by life support technology. The heart may beat on for weeks in a living cadaver. The skin may feel warm to the touch. But without activity inside the brain, the person is dead without question. Still, with these signs, it’s hard for a family to let go. Once the brain stem is gone, they are no longer with us.

Here is where the controversy comes in. There are cases where medical professionals say a person is brain dead, while the family fights to keep their loved one on life support. For instance, the 2013 case of Jahi McMath. The thirteen year-old Oakland, Calif. native was undergoing routine surgery for sleep apnea. Surgeons were removing her tonsils and some other soft tissue, and elected procedure to help her sleep better. Unfortunately, something terrible happened while she was on the operating table.

McMath was declared brain dead on December 12 of that year. The family fought in court to keep her on the ventilator, and she was moved to another, unnamed medical facility across the country. Despite the lack of activity in her brain, her other life signs registered normal. Another case surrounded Marlese Munoz, a woman 14 week pregnant who on November 26, 2014 suffered a pulmonary embolism. She was soon pronounced brain dead at John Peter Smith Hospital in Fort Worth, Texas. Here, the family insisted she be taken off life support, while the hospital refused, citing a Texas law that states such support cannot be withdrawn from a pregnant patient.

We tend to think of brain death and a coma as the same thing. In medicine, they are worlds apart. Coma is a state of unconsciousness, according to the Mayo Clinic. Generally speaking, a coma doesn’t last more than a few weeks. After that, the person awakens. Best case scenario, they regain full cognitive and physical functioning. Worst case, they remain in a persistent vegetative state. Terry Schiavo was an example of this. Such a person may move their eyes or make sounds. Yet, they cannot understand speech or respond to it. Fortunately, most comatose patients recover with time.

A brain dead person however is technically dead. They will never recover, and once removed from the machines, all bodily functions will eventually cease. The Uniform Determination of Death Act states that the cessation of respiratory or heart functions, or of brain functioning inside the brain stem constitute brain death.

Lower brain functions derive from the top portion of our spinal cord. This is responsible for body function regulations such as breathing, heartbeat, the reflexes, sleep-wake cycles, and body temperature. The Upper Brain is where higher functions take place, such as the five senses. With brain death, neither the upper nor the lower part of the brain functions. But certain body functions, including the heartbeat, may go on. Though these give some families hope, unless it is a case of misdiagnosis, the patient will never recover.

Physicians say it is difficult for many grieving families to understand that a person is dead, even when their heart is still beating. Whereas the heart usually stops at some point within the first 72 hours, in can in some cases continued to beat for a week or more. Without brain function, someone on a ventilator may look like their breathing. But they could never do it on their own.

The American Academy of Neurology updated the guidelines for brain death in 2010. Here, doctors must go through a checklist including 25 separate items before brain death can be declared. All the criteria must be met. However, these definitions vary legally from one state to the next. Even so, no one has ever been declared brain dead and survived.

Brain death was a term first created for the routinization of organ and tissue harvesting. That’s according to Margaret Lock, a medical anthropologist at McGill University in Montreal. In an article called, “Inventing Death and Making it Believable,” she writes that the concept of brain death only exists to give legal parameters in cases where the organs were still viable, yet the patient is longer alive. This designation became protection for medical professionals and organizations to handle such organs without fear of legal reprisal.

Many countries today argue over just what brain death actually means. There is no conception of this in Japanese culture for instance. They do not discriminate between the heart and the mind, which in the West comes from Descartes.  Whereas, in America, it has a hard and detailed definition. Without this designation, organ donation would be hobbled.

That doesn’t stop unscrupulous organ traders and medical centers from harvesting organs even before families are made aware that their loved one is deceased. Since a large number of accidents and incidents of violence happen in the inner cities of America, a disproportionate number of organs come from these places. Many times the families are not made aware, or medical centers don’t do everything they can to make sure families know before their loved ones organs are made into a commodity. Medical technologies have bred so much advancement, and have helped improve human life in tremendous ways. But the ethical lag means that there are a lot of dark corners and niches that cause waste, deceit, denial, and harm. How we move forward in these instances, and what motivations are involved must also be considered.