What is the Ides of March and should we really beware of it?

You’d be surprised how many bad things happened on the exact same day. 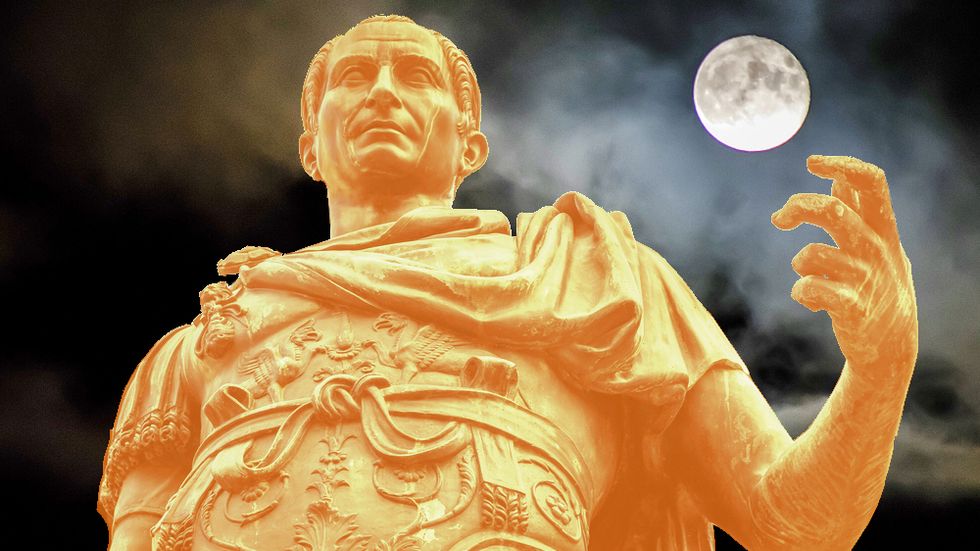 Julius Caesar on the Ides of March.

In the Shakespearean play Julius Caesar, a soothsayer or fortune teller warns the great general to, “Beware the Ides of March.” For the ancients, this was a time when a number of competing spiritual forces were battling it out. The superstitious Romans wouldn’t have taken on new business at this volatile time of year, never mind try to overthrow the Republic. Caesar’s tragic flaw in the Bard’s play is arrogance, if not megalomania. He ignores the clairvoyant’s two warnings and, in doing so, seals his blood-soaked fate.

As a result, the notion that March’s ides have a capricious and insidious nature has been cemented in the Western psyche. Case in point, consider the Ryan Gosling-George Clooney film. In The Ides of March, an idealistic communications operative working on a governor’s presidential bid is offered a desirable position with his opponent’s campaign. At the same time, he falls in love with an intern, who isn’t quite who she appears to be. With a star-studded cast including Philip Seymour Hoffman, Paul Giamatti, and Marissa Tomei, the film portrays what this infamous day stands for, a confluence of combative forces positioning themselves for supremacy.

So what is the Ides of March really and should we beware? And if so, how much? The word “ides” comes from Latin for “in the middle of.” So the ides was the exact middle day of each month. March was the first month of the year in the Roman calendar and as it took our satellite’s phases into account, the ides always fell on a full moon, which gave it even more supernatural clout. Unsurprisingly, this was the deadline in the Roman age for paying off one’s debts and settling affairs.

Symbolically, the weather plays its part. The sheer precariousness, coupled with the cabin fever we all feel after being cooped up all winter, adds to the volatility of this day. Unlike the dude, the weather doesn’t always abide. Mother Nature seems surprisingly irritable in the middle of March, if not outright bipolar. We can enjoy warmth and sunshine one day and fight arctic blasts the next.

Since Julius Caesar’s assassination, the Ides of March have been considered unlucky. But even before then it was thought a precarious day where anything, good or evil, could happen. Credit: Getty Images.

Several primary source documents show that Julius Caesar was indeed assassinated on March 15, 44 BCE. Since, the middle day of that month has always been considered unlucky. This is much like Friday the 13th, which is rumored to have been the day when all of the Knights Templar—a secretive and powerful order of crusading knights, were rounded up and burned at the stake. Some were indeed arrested on Friday Oct. 13, 1307, but they weren’t all executed right then and there.

Not all of the Templars had been apprehended by that date (and some argue several might have escaped). Historians say that Friday the 13th is a modern conception. Previous to the 20th century, 13 was an unlucky number and Friday an unlucky day, but the two weren’t married until the novel, Friday, the Thirteenth, was published in 1907. Since then, it’s changed our culture in many ways. Today, some hospitals don’t have any rooms numbered 13 on any floor. Many buildings lack a 14th floor as well.

We’ve also gotten two nearly impossible terms to pronounce terms, Paraskavedekatriaphobia and friggatriskaidekaphobia, each meaning an unnatural fear of Friday, the 13th. Triskaidekaphobia is fear of the number 13 in general. A rumor states that since the 13th apostle betrayed Jesus, this left a stain on the number, causing it to become unlucky. There’s no historical record of this, however.

Many great historical figures feared the number 13 including Napoleon, Herbert Hoover, and FDR. Roosevelt refused to travel on the 13th of any month and wouldn’t abide 13 guests for dinner. Besides politics and architecture, it’s impacted some country’s economies as well. For instance, in Paris, those who find they have 13 in their party can hire a quatorzieme, or a 14th guest.  Some say the Ides of March have had a similar effect on and culture our history.

Consider that on March 15, 1889, what’s known as the Samoan cyclone wiped out six warships, taking the lives of 200 sailors. Three of the ships were from the US, the other three Germany. While it was terribly unfortunate for those servicemen and their families, the upshot was the disaster may have averted war between the two nations, who were each looking to annex the Samoan Islands.

On March 15, 1917, Czar Nicholas II abdicated the throne, ending a royal dynasty that had lasted 304 years, and ushering in the Bolshevik era. The Romanovs would be held captive until July of the following year, when they were put in front of a firing squad and executed. During the Ides of March, 1939, Germany invaded Czechoslovakia, signaling that Hitler’s forces were on the move and growing more aggressive, instilling great anxiety across the world. Lastly, on March 15, 1971, CBS cancelled “The Ed Sullivan Show,” a staple of US television for the baby boomer generation and a program which introduced Americans to, among other cultural icons, Elvis Presley and The Beatles.

Want to know more about the event that started it all? Click here.