This Turns Tragedy into an Opportunity for Personal Growth

75% of all people will live through a traumatic event. 35-37% will experience PTG. 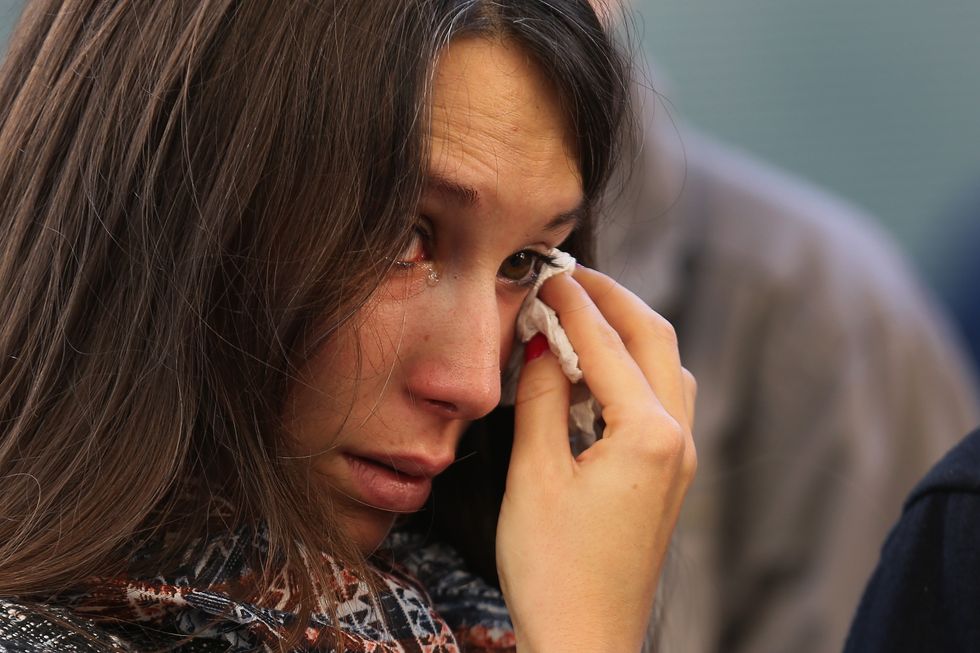 A life-changing trauma can shake you to your very core. The death of a cherished loved one, seeing combat, a bitter divorce, being a hostage, a disfiguring accident, brutal rape, torture, witnessing someone’s murder and more, can leave the victim with deep-seated emotional scars, what today is known as PTSD. How can there possibly be an upside? It’s called post-traumatic growth (PTG), which over time and with the right guidance, can reframe tragedy, transforming it into an opportunity for personal growth and even rebirth.

Usually, this growth takes place in one of five different ways, what psychologists call responses. The first is, the aftermath of such a crisis leads to new opportunities and possibilities that weren’t available before. You launch a support group say, or nonprofit to help other victims like yourself. The second is closer relationships. Sometimes it also makes one more empathetic to the suffering of others. One feels an increased sense of connection and is more motivated to help others through their own troubling time.

A third area of growth is a better understanding of one’s own inner strength. Such an experience can push us past our perceived limits, and also reveal a solid core of strength we never knew we had. The fourth is a greater zest for life, which includes a fresh perspective, and more gratitude for what one has. Finally, the fifth response is a spiritual or religious awakening. Reframing such a tragedy can over time, help fortify one’s own belief system.

Such growth isn’t spontaneous. One has to go through the stages of grief in order to get there. No one is advocating for suffering, either. Yet for many, it’s bound to occur at some point. Knowing how to own it, internalize it, and transform it into growth, is by far the healthiest way to handle it. Undergoing such a transformation isn’t new. Human history is littered with tales of turmoil and collapse. As a result, rebirth is a theme interwoven throughout almost all literary, philosophical, and religious traditions. What’s new is, therapists and counselors helping those who’ve suffered to experience growth.

Post-traumatic growth as theory was developed in the 1990's by psychologists Richard Tedeschi, PhD and Lawrence Calhoun, PhD, at the University of North Carolina. Through the practice, "People develop new understandings of themselves,” Tedeschi said. This includes “the world they live in, how to relate to other people, the kind of future they might have and a better understanding of how to live life." The pair elucidated not only the five positive responses, but also developed an assessment to test for PTG, the Post-Traumatic Growth Inventory (PTGI), first published in the Journal of Traumatic Stress in 1996.

Associate professor of psychology Kanako Taku, PhD, at Oakland University, knows PTG intimately. He lived through the 1995 Kobe earthquake in Japan. Dr. Taku says that we shouldn’t mistake resilience for post-traumatic growth. Resilience is your ability to bounce back. PTG is gaining something from the experience. Dr. Taku warned however that it "takes a lot of time, energy, and struggle" to get there.

Scores actually vary widely from one person to the next. Tedeschi said, "It all depends on the trauma, the circumstances, the timing of the measurement … [and] on how you define growth using the PTGI, looking at total score, means, factors, or individual items.” 75% of the population will experience a trauma at some point in their lifetime. Of those, 35-37% will experience PTG, usually around a year after the event occurred. Women tend to experience PTG more often than men, but the difference is slight.

Researchers have begun questioning the friends and family members of those who claim to experience PTG, to see if the effect is sustained over time. What they’ve found, among those who show legitimate PTG, is that the effects generally increase over time. Researchers must now find out why.

According to Tedeschi, there are three personality traits that make experiencing PTG more likely. These are openness, optimism, and extroversion. One who is open to new experiences and likes to interact with others, is more likely to become active after a trauma, make connections, and find renewal.

One’s age at the time of the tragedy is also an important. Children under age eight aren’t developed enough yet cognitively to attain PTG. Teens and young adults meanwhile, are still finding their identity. As a result, they are the most malleable and so most likely to experience PTG. A 2014 study suggests that there may even be genes which make one more likely to experience post-traumatic growth. But studies are just now beginning to investigate further.

Iraqi child after the battle of Mosul against ISIS. Getty Images.

So how can PTG be induced? According to Dr. Tedeschi, what therapists do is introduce the concept early on in a patient’s care. First the victim has to process the event and work through their grief and pain. Dr. Tedeschi says that therapists are able to help trauma victims get to the point where they can handle everyday things again, such as working or sleeping.

But oftentimes, sufferers of PTSD feel like they need more to keep them going, long-term. So he is devising a program to "develop new principles for living that involve altruistic behavior, having a mission in life and purpose that goes beyond oneself, so that trauma is transformed into something that's useful not only for oneself but for others."