This may be responsible for the high suicide rate among white, American men

Should we create a new interpretation of masculinity or build a gender neutral world? 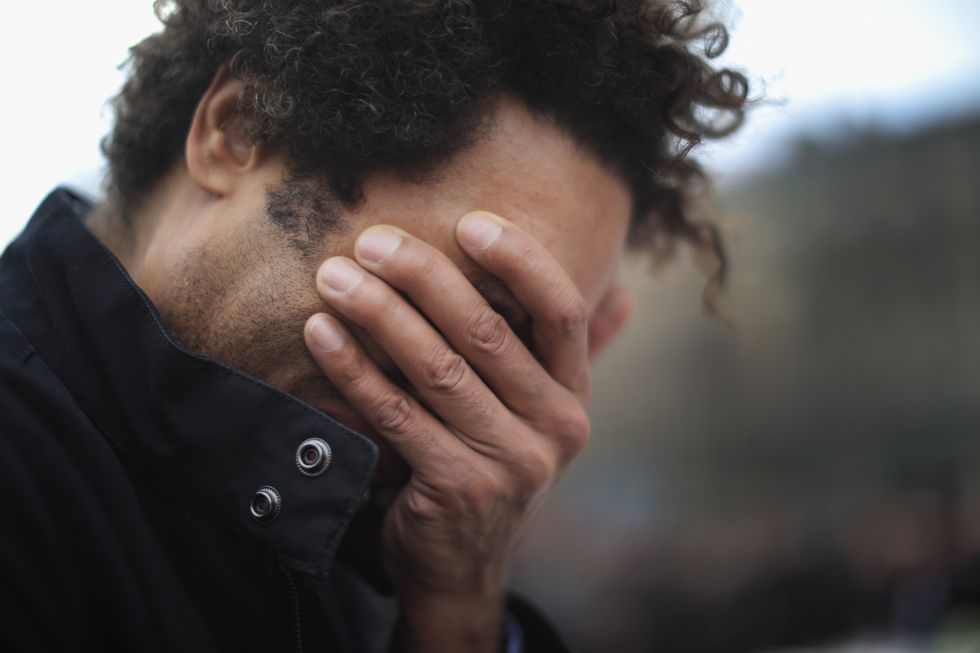 Today, being white and male are the two single greatest risk factors for suicide in the US. That’s according to the authors of: Explaining Suicide: Patterns, Motivations and What Notes Reveal. Psychology professor Cheryl Meyer, is among them. She says “hegemonic masculinity” is what’s killing these men. They try to live up to a social stereotype no one could measure up to. Not only that, their model doesn’t square with today’s world.

In 2015, two Princeton economists found that the death rate among white, middle-aged men, rather than falling, like with most other groups, was instead rising. The mortality rate for working class white men, between the ages of 45 and 54 had been steadily rising since 1999.

According to suicide prevention expert, Dr. Christine Moutier, white, middle-aged men account for 70% of deaths from suicide each year. Nine-tenths of them are from a lower socioeconomic class.

The suicide rate among white, middle-aged men without a college degree has been increasing, a worrisome trend. Getty Images.

These are being called “deaths of despair.” Harvard public policy professor Robert D. Putnam, told the BBC, "This is part of the larger emerging pattern of evidence of the links between poverty, hopelessness and health.” Veterans are often one of the largest segments within this group. According to a 2014 Veterans Affairs (VA) report, 20 commit suicide each day. 65% of them are age 50 or older.

A larger segment of this group has chosen the slow suicide route. Many are succumbing to things like alcohol liver disease or a drug overdose. So what’s causing this? White men without a college degree have seen their employment prospects dwindle in the last few decades, mostly due to mechanization.

Their mental health has withered as a result. In terms of economics, globalization and income inequality have worsened the problem as well, though most economists agree mechanization is the biggest cause. However, middle-aged black and Hispanic men at the same education level, have also been impacted by these same economic forces. Yet, the suicide rate among these groups hasn’t risen.

Besides economic woes, some experts point to the heightened divorce rate among men in this age-range. Whether married or single, women tend to open up to friends and family about their troubles and build a strong network of support. Whereas men generally don’t. If they open up at all, it’s usually to their partner. But for the divorced or single, there’s no such outlet.

Hegemonic masculinity, according to Meyer, is the idea that one’s machismo must be broadcast constantly, no matter what he is dealing with or how he feels inside. It’s stoicism taken to the nth degree. Several studies have found that hegemonic masculinity is detrimental to men’s well-being and health outcomes, including Sabo & Gordon, 1995; Courtenay, 2000; and Lee & Owens, 2002.

Psychotherapist Daphne Rose Kingma is the author of the book, The Men We Never Knew. She said, "Because of the way boys are socialized, their ability to deal with emotions has been systematically undermined. Men are taught, point-by-point, not to feel, not to cry, and not to find words to express themselves." Everyone needs to be vulnerable sometimes, and to have someone to confide in and gain support from. Yet, men are taught to feel ashamed or even guilty for doing so.

The customary outlook on masculinity has been shaken to its core by the realities of today’s labor market. Men were traditionally seen as providers. But today, many women earn more than the men in their lives. American women for the first time are more likely to earn a college degree than men. A “feminization” of the labor market has begun as well, offering far more positions where traditional female-oriented skills are valued.

Men are taught from a young age to bottle their feelings inside. Getty Images.

Caucasian men have enjoyed white hegemony in the US. That’s changing. As the “Browning of America” takes shape, whites will become a minority, projected to take place by 2045. Although this may usher in more social equality, the loss of a given-at-birth superiority will chafe a certain segment of the Caucasian community.

Besides the changing status of white men with no college degree, there’s a problem with how we view masculinity in general. It stands in the way of those who are in trouble, getting the help they need and in fact, it isn’t healthy for men or society as a whole, either. In most cases, men are suffering from an eroded sense of self and identity.

They are trying to fit into a role that’s no longer supported by the real world. One way to overcome this, is to update our definition of masculinity for the 21st century. Another would be to build a more gender neutral society, where everyone is looked upon on an individual basis, despite their gender. Regardless of the path we take, men and society as a whole, must become less rigid regarding It's outlook on masculinity and somehow adopt a more pluralistic view.

To learn more about the suicide epidemic and you can do about it, click here: