This ancient thought exercise will have you questioning your identity

How much can something change and still be the same thing? 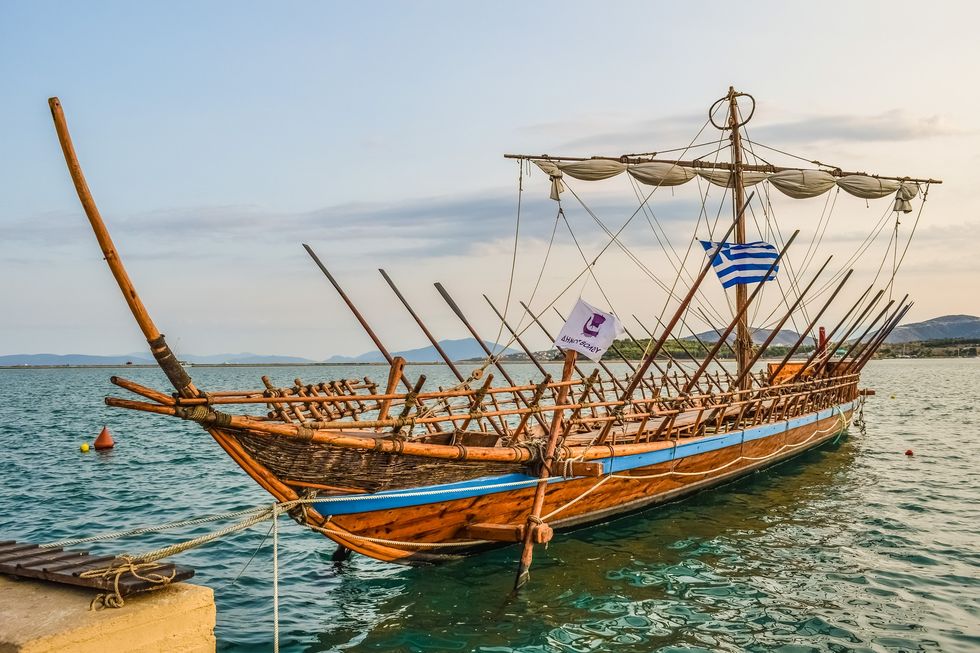 Model of The Argo, from Jason and the Argonauts. Credit: dimitrisvetsikas1969, Pixababy.

It’s a myth that you get a new body every 7-10 years. The reason is, different cells last different lengths of time. Colon cells last only about four days, skin cells two to three weeks, and neurons a lifetime. In that, the body you are in now is not the same as it was last week, last month, or last year, although it feels the same. So are you truly the same person?

It may predate him, but the ancient Greek historian Plutarch was the first to write this intriguing thought exercise down. It’s called the Theseus Paradox or the ship of Theseus. A hero of Greek mythology and the supposed founder of Athens, Theseus is said to have won a number of naval battles and defeated several monsters, including the Minotaur. Plutarch’s recording of the memorial set up to honor this epic founder has had great thinkers scratching their heads for millennia since.

The ship wherein Theseus and the youth of Athens returned had thirty oars, and was preserved by the Athenians down even to the time of Demetrius Phalereus, for they took away the old planks as they decayed, putting in new and stronger timber in their place, insomuch that this ship became a standing example among the philosophers, for the logical question of things that grow; one side holding that the ship remained the same, and the other contending that it was not the same.

The memorial remained floating in Athens harbor for centuries, according to Plutarch. It’s said to have been erected during the lifetime of Demetrius Phalereus, a famous statesman and writer, who was thought to have walked the earth around 350-280 BCE. Over time, the ship’s boards began to rot. Like with the upkeep of any important monument, these were replaced.

At some point, all the boards in the ship must’ve been switched out. So the vital question is, is it still the same ship? If not, at what point does it cease to be the ship of Theseus? Replacing one board may not be such a big a deal. But what about when half of them are no longer original, most of them, or all of them? In a way, human life is like this. Some philosophers say we are our body. But as we grow older, we get wrinkles and gray hair. We develop health problems and modify our diet. We change our look, our clothes, our hairstyle, and more. And then there’s the death and replacement of most of our cells. So our body isn’t a permanent fixture. Others say our mind is what gives us our identity. Yet, our outlook on life changes over time. We may become an addict or get sober, find religion or lose it, just as we maybe become jaded... or embrace an unbridled optimism.

There are those who say our title, occupation, position, and responsibilities lend us identity. And even so, we may have different friends in years to come or a different spouse. Our children will grow up and move away. And our career likely will not stay the same, either. On average, a person changes careers 5-7 times in their lifetime and has 11.7 jobs. That’s impressive, considering how much of our identity is derived from our work and career. We may move to another city or even the other side of the world. So with all of these changes, are we really the same person throughout? If not, which version is the real you? Is there one? There are many ways to answer.

Unlike a statue which is frozen in time, one of the only real constants in human life is change. But if that’s so, then what is our true identity and how may we get to know it? Credit: Getty Images.

Some philosophers say changing one plank alters the ship irrevocably. Others say if at least one original plank is still in the ship, it’s the real deal. Then there are those who posit that the monument remains Theseus’s ship throughout. Try as they might, it’s hard to pin down exactly why a gradual change is okay, while a sudden one feels unacceptable. Consider how shocking it is when someone has an accident, say a head trauma, and they wake up a completely different person. Yet, if they made the same changes gradually over time, we wouldn’t find it particularly jarring. One common answer is known as Spatio-temporal continuity. This says that all objects change continuously as they travel through space-time. As such, they’ll have parts replaced from time to time, may even change form or composition.  Yet, their identity remains. The famous Greek philosopher Heraclitus posited that we don’t step in the same river twice. Everything is constantly changing, though we’re not likely to notice. The equivalent in our species can be summed up very well in a statement by Harvard psychologist Daniel Gilbert. He said, “Human beings are works in progress that mistakenly think they’re finished.”

Many philosophers have put their own spin on the Theseus paradox over the years. 17th century English philosopher, scientist, and historian Thomas Hobbes, for instance, wrote a version where a collector took all the original boards that were replaced and one-by-one, built a second ship of Theseus. So which ship is the actual one, the immaculate memorial in the harbor or the rotting one in the dry dock? There is no right answer. What this paradox reminds us is, although we see identity as a fixed and solid structure, it’s actually thin, malleable, and ever-changing.

To learn more about the Theseus paradox, click here: