This discovery brings into question how much free will there is in deciding to break the law. 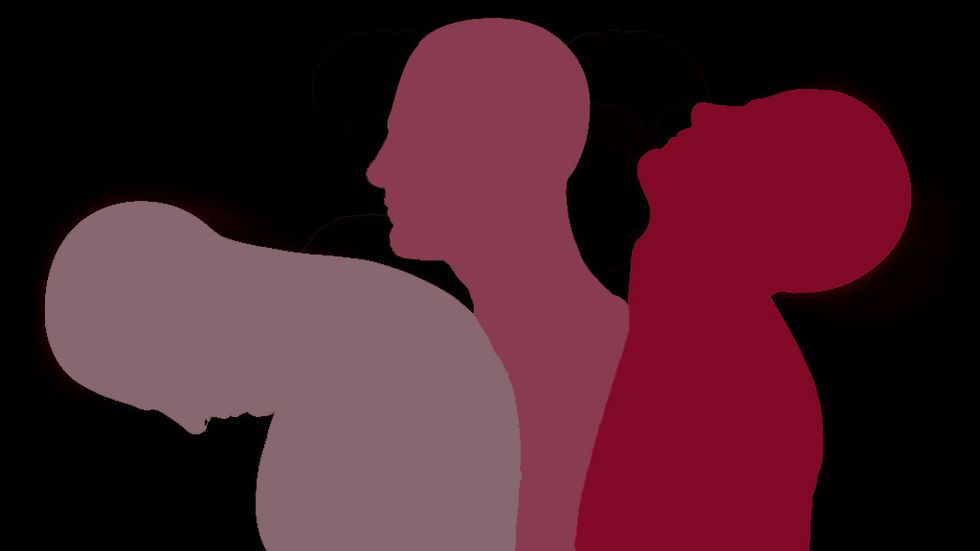 Lesions in the brain can change your risk of criminal behavior, a new study finds.

How much of breaking legal or moral laws has to do with free will and how much with circumstances beyond our control has been fodder for philosophical debate for millennia. Mostly, this surrounded socioeconomic and political factors. The introduction of science ushered in whole other aspects.

Those with certain genetic mutations for instance, specifically the gene variant MAOA, are more likely to commit violent acts, research has shown. Others mutations are associated with mental illness, which may also contribute to violent outbursts. Now, the latest research out of Vanderbilt University finds that brain lesions can increase the risk of a person committing a crime. The findings were published in the Proceedings of the National Academy of Sciences (PNAS).

Neuroscientists have debated whether or not there’s a link between brain injuries and violent acts, beginning with the case of Charles Whitman. In 1966 the former marine sniper took a rifle and climbed an observation tower on the campus of the University of Texas, where he shot 11 passersby below dead, until he was subdued by police (he killed 16 that day total, including his wife and mother).

After his death, an autopsy revealed he had a brain tumor—but it’s been much debated whether the tumor contributed to the incident or not. Other serial killers had suffered brain injuries, either from a fall, accident, or physical abuse, including Edmund Kemper, John Wayne Gacy Jr., Jerry Brudos, Gary Heidnik, and Ed Gein. Now, research by Ryan Darby, MD, assistant professor of Neurology at Vanderbilt University Medical Center (VUMC), is reinvigorating the argument.

It shows compelling evidence that lesions in one particular brain network can increase the risk of criminal behavior, what’s technically known as acquired sociopathy. Darby had read about famous cases, including Whitman’s, which inspired the study.

Investigators have long noticed a link between brain injury and criminal behavior. However, how influential brain injuries are to such behavior has been a matter of much debate. Credit: Getty Images.

This is the first brain-mapping study linking lesions to a higher propensity of criminal acts. A lesion is abnormal brain tissue which can occur as a result of trauma, a tumor, or a stroke. What this study found is that lesions occurring not in one specific area of the brain, but in a number of different places, can contribute to the likelihood of the person committing a crime.

Darby and colleagues conducted MRI and CT scans of convicted criminals. These were murderers, rapists, thieves, con artists, and others. The first group consisted of 17 individuals, and linked criminal behavior with brain lesions. But the second, with 23 volunteers, showed lesions in different areas of the brain. Researchers compared these brain scans to enormous neuroimaging datasets of healthy, law-abiding people. They compared each group’s connectomes, or the neural networks connecting brain regions.

Darby and colleagues discovered that although lesions inhabited different brain areas, they resided within the same neural networks in those who took part in criminal activity. Volunteers with a criminal past had lesions in the moral decision-making network, which means an injury here increases the likelihood of criminal behavior.

This network is involved with morality, value-based decision-making, “theory of mind,” and criminality. Theory of mind is being able to understand someone else’s point of view. There was no lacking in the areas where empathy is created however, which is consistent with this Harvard study, which found that psychopaths and sociopaths do have empathy and can feel regret—just a little differently than most people do.

Lesions associated with criminal behavior. These are the lesions from the initial 17 criminal patients, as compared to the brain atlas. Credit: the Proceedings of the National Academy of Sciences.

The approach is relatively new and was used in the past to study why patients with certain psychological disorders suffered from delusions or hallucinations. In those studies, neuroscientists hunted down the brain networks the lesions resided in, causing these symptoms. But this is the first time it’s been used to try and understand criminal behavior from a neurological standpoint. Darby and colleagues caution that the fatalists haven’t won the debate on criminality, at least not from this study's results alone.

The researchers attribute only 9% of violence or crime to traumatic brain injury. While 14% is associated with frontal lobe injury. In fact, one 2014 study found that only 20% of the 249 mass murder cases that year could be attributed to a head injury.

There are other factors experts say that influence people to behave in a dangerous or immoral way. Likely, a number of genetic, biological, social, and psychological factors work in concert for such antisocial behavior to occur.

To hear more about the free will vs. destiny debate from a neurological standpoint, click here: