The Story of How the Americas Were Peopled Is Radically Changing

Researchers believe they have enough evidence to support the “kelp highway hypothesis.” 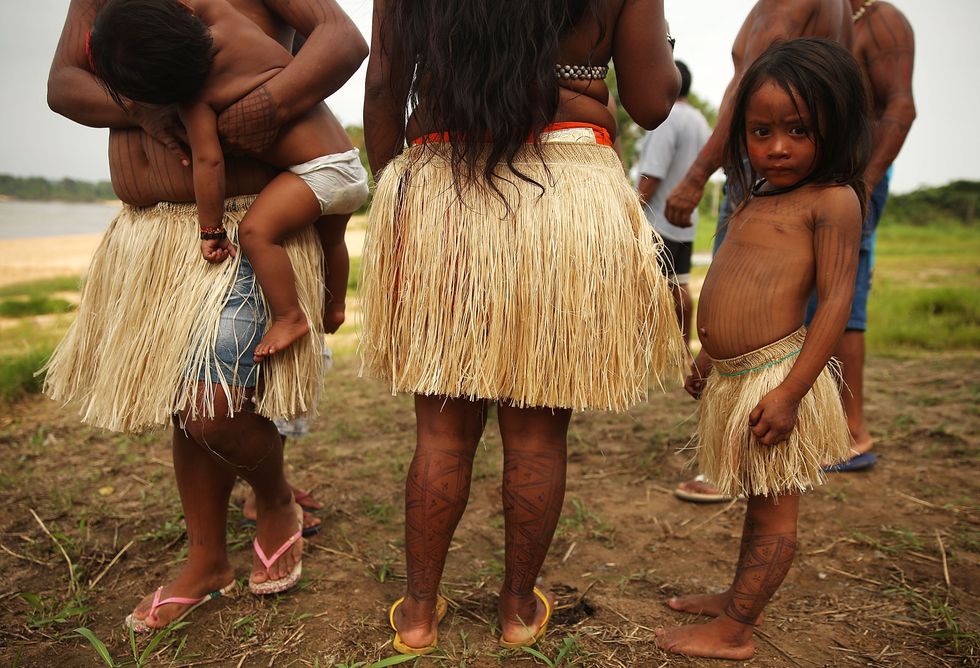 The Clovis people 13,500 years ago meandered across the Beringia—the Bering Strait land-bridge, connecting Siberia to Alaska. It was clean, wasn’t covered in ice, and would have had game to sustain them on their journey. It happened. This isn’t disputed. Clovis artifacts were found throughout North America in the 20th century, mostly mastodon or mammoth kill sites with butchered bones and flint tools, and sometimes even human remains.

These mysterious people who spread quickly throughout the continent get their name from the first discovered site in Clovis, New Mexico which was excavated in 1932. More recent genetic testing has found a link between the Clovis people, modern Native Americans, and Siberian populations. Though they conquered much territory, were they really the first people in the Western hemisphere? The “Clovis-first” theory was the prevailing one for much of the 20th century.

In the 1980s and 90s however, some evidence popped up that cast doubt on it. Jon Erlandson, Ph.D, an anthropologist from the University of Oregon, told Inverse this is “one of the last frontiers for archeology.” Evidence of colonization during the late Pleistocene, of several islands off of the coast of eastern Asia, including the Bismarck Archipelago and the Ryukyu Islands, made archeologists wonder if such a seafaring people might not make it to the Americas.

On another front, fossils dating back earlier than 13,500 years ago started popping up in the Americas. For example, petrified human feces were found in Oregon in 2008. They’re 14,000 years old. While stone tools, also 14,000 years old, were unearthed in Texas in 2011. Further, a couple of butchered mastodons which predate the arrival of the Clovis people, were also discovered in recent years.

As a result, many experts are pivoting away from the Clovis first theory, and toward the “kelp highway hypothesis.” The latter says that the first people took a water route, following what is known as the Pacific Rim coastal corridor, from northeast Asia to the West Cost of America, somewhere between 20,000 and 15,000 years ago.

In this study, a collaborative effort by a number of American archeologists provides supporting evidence to this theory. The team was led by Torben Rick of the US National Museum of Natural History.

“Understanding when, how, and who colonized the Americas remains one of the most challenging and enduring questions in archaeology,” Rick told Seeker. The two prevailing questions are who were the first arrivals to the Americas and how did they get there?

Findings over the last two decades or have so far left archeologists, paleontologists, and geologists with more questions than answers. But these researchers are now getting a clearer picture of exactly how the Americas were peopled. Their findings were published in the journal Science.

In this view, somewhere around 17,000 years ago, people from somewhere in northern Asia sailed up the coast and followed the Beringia to the West Coast of North America. Though the Beringia was blocked by a glacier at the time, the sea route was free and clear.

Moreover, there were plenty of resources in the form of kelp forests on the West Coast, which would've provided fish, shellfish, sea birds, marine mammals, seaweed, and other sources of food and materials. Taking a sea-based route and sticking to the coast would increase their chances of survival.

The study was also fashioned to refute a competing theory. 130,000 year old juvenile mastodon carcass was found in Southern California last April. Researchers claim an early hominid or human must have butchered it. This research disputes that claim.

Rising sea levels have put many of the places these early seafarers would've landed at underwater, making locating fossils, tools, and kill sites more difficult. Shoreline areas where they might have landed or traversed are to be explored, above and below water, particularly caves and other locations that may not have changed much.

Who these people were, where they originated from, and what they were like are still utter mysteries. As the authors write in their paper, “The small sample of pre-Clovis sites has yet to produce a coherent technological signature.” We just don’t have enough data to establish where they might have come from and why they left.

To learn more about the kelp highway hypothesis, click here: