The shape of your face may predict your sex drive

The findings have implications for both men and women. 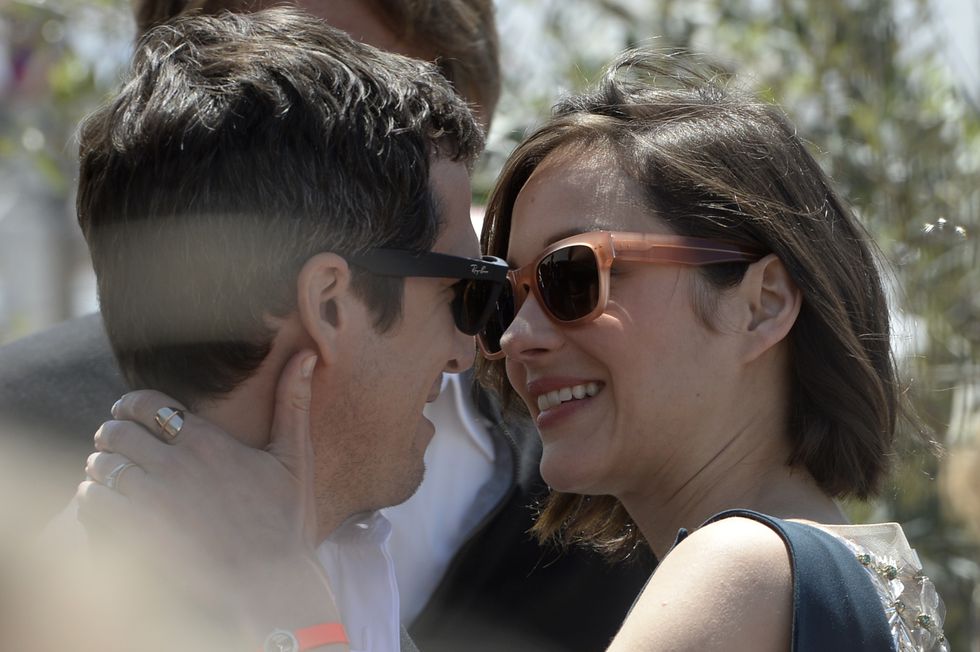 Phrenology is dead and for good reason. This was a Victorian pseudoscience which claimed that one could tell personality traits and intellectual capacity from the size and shape of one's skull. It was used alongside eugenics to justify colonialism and slavery, to separate humans into superior and inferior races, and it's been wholly discredited. However, today through dynamic research in the fields of genetics, biology, and psychology, we're learning that certain aspects of the body do in fact tell us something about ourselves, mostly tendencies and behavioral traits.

For instance, last October researchers in the UK found that those who had a longer ring finger than pointer finger tended to be more promiscuous, while those with a longer pointer than ring finger tended to be more monogamous. A longer ring finger indicated receiving more testosterone at a critical point of development inside the womb. The results of this study are in dispute, however. Critics argue that researchers looked at finger length in one study sample and sexual behavior in another, and falsely compared the two.

One particularly interesting area of study is facial morphology, or how the size and shape of the face may related to certain behaviors, attitudes, and personality traits. A recent Canadian study has astonishing results. It finds that those with a wide face are more likely to have a strong sex drive and may even be more likely to cheat on their partner. The results were published in the journal Archives of Sexual Behavior.

Phrenology has been debunked. But science is finding that other parts of the body may say something about our outlook and behavior. Getty Images.

Most of these kinds of studies have looked at male subjects. What researchers primarily focus on is facial width-to-height ratio (FWHR). This is the width of the face divided by the height of the upper face. The upper face is considered the distance between the brow and the upper lip.

Previous studies found that men with a squarer face tend to be more aggressive, more likely to engage in unethical behavior, tend to have more short-term sex partners, and are even more likely to have psychopathic traits, than those who had longer, thinner faces.

One study found pro hockey players with higher testosterone levels received more penalties. In this most recent one, testosterone may have played a role once again. But instead of in the womb, researcher believe this is the result of jolts of the sex hormone during puberty and other, pivotal developmental periods. It's also thought that testosterone helps us to formulate what desires and sexual attitudes we hold as adults.

Researchers at Nipissing University, Simon Fraser University, the University of Ottawa, and the Northern Ontario School of Medicine, all in Canada, conducted the study. It was led by Steven Arnocky. He's associate professor of psychology at Nipissing. So how is this sex hormone associated with our face? “It is suspected that testosterone helps shape cranio-facial structure," Arnocky said. And testosterone in turn is where the sex drive emanates from.

Arnocky and his team conducted two different studies on the subject. In the first, 148 heterosexual undergraduates, both male and female, participated. The gender breakdown was 48% male, 52% female. They were all Caucasian and each was in a romantic relationship at the time of the study.

Researchers measured their faces from photographs. They also had independent assessors evaluate participants' facial dimensions. In addition, each student filled out a questionnaire about their sex life and sex drive. What they found was a high width-to-height ratio equated with a high sex drive in both sexes.

The second study was modeled after the first. It took part in a different Canadian city, however. This time, 314 undergraduates took part. They answered a questionnaire which included questions about sexual orientation, how likely they might consider taking part in infidelity, and sociosexual questions. Authors defined sociosexual as, "a trait-based orientation toward sexuality that ranges between restricted and unrestricted."

Those who are restricted sociosexually may view intercourse outside the confines of a monogamous relationship as wrong or unseemly. The unrestricted however don't have a problem with casual sex or sex outside of monogamy. Men with a high FWHR tended to be more unrestricted sociosexually. They were also more willing to answer positively to questions which "anticipated infidelity." This wasn't the case with women.

So it seems women with wide, square faces are more likely to have a stronger sex drive. Men too, but they're also more likely to take part in casual sex and infidelity. In fact, another previous study also found a correlation in men between a higher FWHR and a likeliness to cheat. So could face shape become a predictor to one's outlook on sexuality? Yes, according to Arnocky. And that goes for both sexes. "Together, these findings suggest that facial characteristics might convey important information about human sexual motivations" he said.

Men with a square face shape may be more apt toward infidelity. But there are a lot of other factors at play. Getty Images.

This is the first study to link facial shape with sexual attitudes and behaviors, according to researchers. Still, it had its limitations. It only looked at college-age, straight, Caucasians for one. Do the same results carry over into other races, age brackets, and sexual orientations? Further studies will likely find out. Though they believe an injection of testosterone at proper times may cause a high FWHR, there's no biological evidence to confirm this, as this study was wholly observational.

And of course, there are many mitigating factors, like culture, religious belief, and so on, which come into play in how people view sex. How these modifiers further influence a person's behavior and sexual attitudes will be the subject of future research. We may even be able to tease out what evolutionary pressures were placed on our ancestors and how that influenced mating patterns within our species.

To learn more about the science behind our sex drive, click here: