The UK sees Sealand as nothing more than a platform in its waters. The Bates Family disagrees. 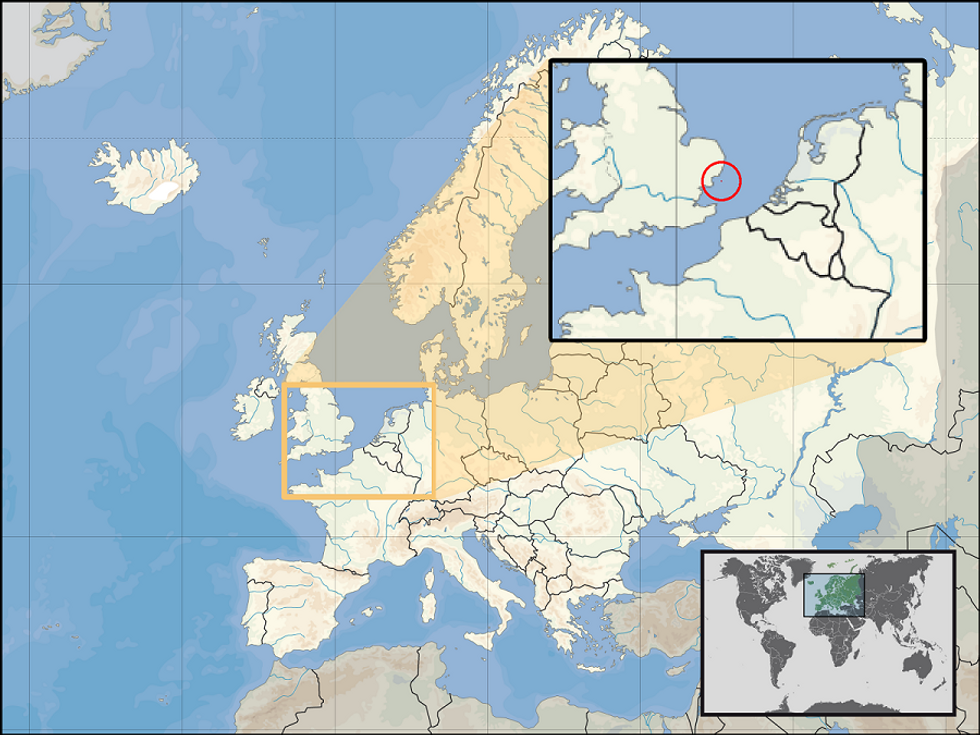 The location of the Principality of Sealand. By David Liuzzo, CC BY-SA 4.0, Wikipedia Commons.

It’s safe to say that a lot of people around the world are fed up with their governments and how they run things. But what can you do about it? Immigrate to another country perhaps, get political, develop a civic organization, or start an armed rebellion. They each have advantages and drawbacks. Certainly, you never know how things are going to play out. One option few but the most intrepid souls attempt is to start their own micro-nation.

Some of these are only online whereas others claim actual, physical territory. Dozens of micro-nations exist today with many run by eccentric couples or families who have donned themselves kings and queens, princes and princesses, emperors and presidents. Sometimes they dress in impressive regalia, make their own laws, and even flags and anthems. There are those who have a utopian bend, while others are tempted merely by opportunity. Even so, few of these do-it-yourself micro-states are recognized by the UN or even other governments.

Though small, some are larger than Vatican City, technically considered the world’s smallest country. In micro-nation terms, the smallest and perhaps most well-known is the Principality of Sealand. This was originally a platform built on the fortress island of Roughs Tower, located in the North Sea off the coast of Suffolk, England.

Sealand consists of two concrete pillars which hold up a 5,920 sq. ft. (550-sq. m.) iron platform, about the size of a tennis court. It was built during World War II along with several others, meant to help defend Britain against a German invasion. But since it was placed out in international waters, after the war, these forts were abandoned. That is, until one was taken over by the UK’s own citizens.

Prince Roy and Princess Joan of the Principality of Sealand.

On Christmas Eve 1966, 46 year-old former army major Paddy Roy Bates and his family infiltrated HM Roughs, as the fort was called. Bates was a pirate radio broadcaster. Such stations were popular among Britain’s residents at the time as they played music the BBC---who had a monopoly on media, refused to air. Meanwhile, the nation’s broadcasters were looking to shut the pirates down. Roy Bates planned to inhabit the platform in order to continue broadcasting out of the reach of British regulators, seven miles from the coast—considered international waters at that time.

Bates employed his wife Joan, daughter Penelope age 16 and son Michael 14, in the takeover. On September 2, 1967 the Bates family declared independence, ejecting other pirate broadcasters from the platform. It was his wife’s birthday, so Roy declared her “Princess Joan” which Sealand’s website says was the “…most romantic present he could think of…” Roy’s radio program however never got restarted.

The British government destroyed the three other fortress platforms one after another within site of the family, allegedly buzzing them with explosive laden helicopters and boats in the process, which the inhabitance of Sealand found threatening. At one point in 1968 when the Royal Navy got close, Bates fired warning shots into the air. On his next visit to the mainland, he was hauled into court.

“This is a swash buckling incident perhaps more akin to the time of Sir Francis Drake,” the judge said. However, since the platform was determined to be in international waters, the judge ruled that UK courts had no jurisdiction. That wouldn’t be the last time the Bates family had to defend their new home.

Mercenaries flew a helicopter into Sealand in 1978. Prince Roy as he was now called, was away at the time, negotiating a luxury casino deal with Dutch and German businessmen. The mercenaries repelled down to the platform and initially took Michael Bates hostage. They ended up with 26 hostages total. Michael told NBC News, "They were basically terrorists who locked me up with no food or water for four days.” These were associates of the very men whom the elder Bates was negotiating with.

Michael was eventually released and dropped off in The Netherlands. He met up with his father in England and a friend who happened to own a helicopter business. They flew back to the platform at night and repelled down using ropes. After firing a warning shot, and the mercenaries gave up. The Sealanders did hold one of the interlopers prisoner until German diplomats intervened. Alexander Achenbach, the head of the mercenaries, still considers himself the Prime Minister of Sealand, in exile.

The Platform. By Ryan Lackey from San Francisco, CA, US (sealand-x) [CC BY 2.0], via Wikimedia Commons

Meanwhile, Michael Bates uses this incident to illustrate Sealand’s status as an independent nation. But Berlin and London see things differently. According to the UK Foreign Office, it’s nothing but a platform. They’ve compared it to an “oil rig.” Their reasoning, it does not hold any land, cannot conduct international relations, and does not contain a regular population.

Meanwhile, the UK has extended its borders out to 12 nautical miles. And the UN’s 1982 Convention on the Law of the Sea includes the platform in the UK’s waters. Bates has said he’d like to place a permanent landmass for the Sealand community to reside upon. But financially that’s not an option, as things stand.

Today, the micro-nation has its own currency—the Sealand Dollar, printed with Princess Joan’s face on the front and a tall ship on the back. It’s worth an American dollar. They have their own soccer team, passports, stamps, and a defense force. Their official language is English and their motto is “E Mare Libertas” (From the Sea, Freedom). Sealand has a national anthem and a flag of red and black with an angled white stripe slashed down the middle. That flag has been atop Everest. They have a hereditary monarchy and even a constitution with seven articles. Despite all this, so far, no countries recognizes this tiny nation.

The Bates family has said it has paid $1.4 million for upkeep over the years. The platform makes its own freshwater from seawater. They also claim it gets 99% of its power from green energy. It holds 30 rooms and used to house around 22 permanent residents, cramped quarters indeed. The rooms are in one of the two windowless pillars. The structure includes a chapel and a small gym.

These days however, usually only one permanent resident inhabits the platform, a maintenance person. Lots of repairs must be done to keep the rusting hulk in order. Meanwhile, Mr. Bates and his sons live in nearby Essex. Sealand’s principal industry, besides fishing, shellfish and lobsters, is running the nation’s online shop.

Here they sell merchandise emblazoned with Sealand’s crest and flag, and even dispense noble titles such as baron or baroness (£29.99 or $34.75) and count or countess (£199.99 or $244.99) of Sealand. There’s even been talk of engaging in tourism. Sealand also an internet data haven. The platform has seen some offers in its time, from developers who wanted to make it a hedonistic retreat, to those wishing to host Wikileaks data servers—both of which were denied. It is also rumored to have once housed The Pirate Bay.

Roy Bates passed away in 2012 at the age of 91 from Alzheimer’s. Princess Joan followed in March of 2016, at age 86. Michael who is now in his 60’s has taken the reins. He says Sealanders have never asked for recognition as a state nor do they need to. All Sealand needs to do is meet the requirements of the Montevideo Convention, which he believes they have. And they did so before the UK extended its nautical range, he contends. Mr. Bates has written a book about his experiences entitled, Holding the Fort. He also has sons which he says are very much involved in the affairs of the micro-nation, so it looks as if Sealand will continue along on its journey, at least in the near-term.