The Endangered Species Act Is on the Chopping Block. Would Privatizing Wildlife Protect Them?

The radical idea has a track record of success in some sense. But there are lot of concerns as well. 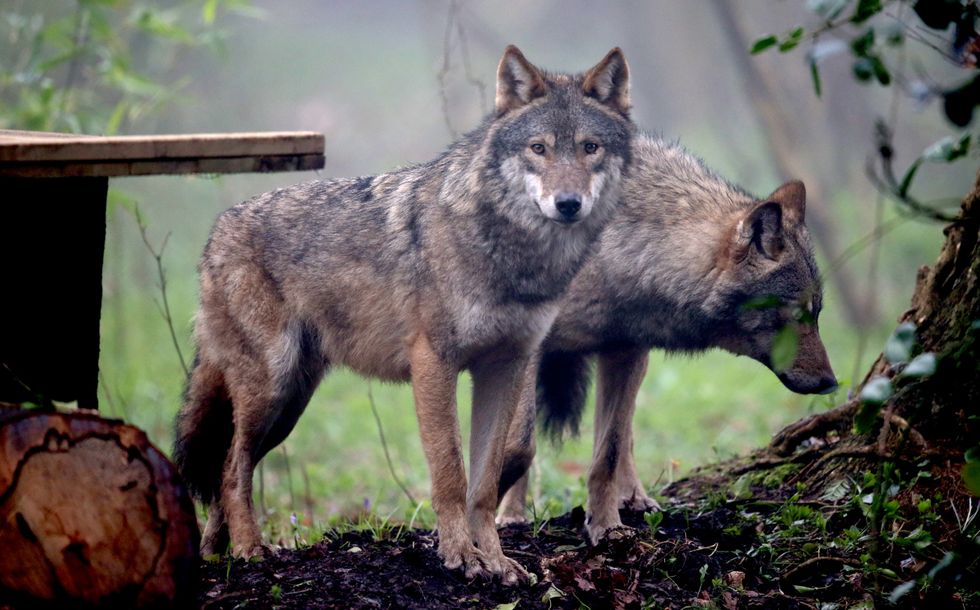 In the US, Republicans have vowed to roll back the Endangered Species Act, saying the law doesn’t protect vulnerable wildlife as intended, but hurts industries such as logging and drilling instead. Meanwhile, due to global warming, we are in the midst of a mass extinction event of unprecedented proportions. Up to two-thirds of all species will vanish utterly by mid-century. Climate change is by far the biggest driver of this trend scientists say, disrupting habitats and winnowing food sources.

The Endangered Species Act has been under assault several times in the last eight years. But in each foray, the White House or Democrats in Congress have intervened, or lawsuits from environmental groups have halted efforts. Now, Republicans say that the law has been hijacked by environmentalists, and so hasn’t been used as intended. Rather than protect species, critics argue the law is used mainly to safeguard land. But supporters say conserving precious habitat is what safeguards vulnerable species.

The law was first enacted in 1973 to save the country’s national symbol from extinction. They’ve come back in record numbers, and in 2007, the bald eagle was removed from the endangered species list. Even so, efforts to conserve other species have run up against difficulty or opposition. Protecting California salmon for instance, has complicated water management in the state. Efforts to preserve the Canadian lynx obstructs logging efforts, and wolf attacks on livestock have put ranchers at odds with conservationists. Possible Republican reforms include limits on lawsuits and a cap on how many species will be offered protection. As a result, conservationists and wildlife advocates are gearing up for a legal battle.

Activists say any species getting in the way of corporate interests may be in Republican’s sites. But some Democrats too see the law as restrictive. Minnesota Congressman Collin Petersen and two others from his party joined 11 colleagues across the aisle, to call for an end on the ban on hunting wolves in Wyoming and the Great Lakes region. President Trump’s position on the matter remains unclear.

Over 1,600 plant and animal species are currently protected under the act. Hundreds more are up for consideration. Republicans and other opponents say few species are ever removed from the list. Even so, hundreds may be reliant on the protections the act provides. Once removed, advocates say they would become vulnerable. This issue is likely to heat up among an already divided populous. And even the most business friendly don’t want to see all of our wildlife disappear.

What can be done to ensure businesses stay profitable and ranchers can protect their livestock, while vulnerable species remain protected? One Australian scientist believes he has the answer. He proposes privatizing wildlife conservation and in doing so, empowering citizens and giving them control over their own fauna.

Wolves have made a comeback in parts of the US, threatening livestock. Yet, they remain on the endangered species list, causing controversy.

Veterinary science adjunct professor George Wilson of Australian National University, put forth a paper that has colleagues and others across the world talking. He wrote that in the late 1960s, countries in Southern Africa such as Namibia, Botswana, Zimbabwe, and South Africa, granted land to people and asked them to tend to the wildlife living on it. These wild animals essentially became their property, but also their responsibility. Wilson in the journal Conservation Letters argues that a similar approach should be taken today. He proposes a trial to take place in southern Africa—one of the hotspots for mass extinctions.

Here, private land owners would take the reins. There’d be an end to all government conservation programs, eco-tourism, and hunting regulations. Those private citizens who “owned” the animals would instead make all the decisions surrounding them. Wilson argues that when everyone owns a bit of something, say wildlife or water resources, no one takes care of it. The government controlling these resources is akin to all of us owning them, at least in a democratic republic. Therefore, citizens don’t have an incentive to watch over such resources and they dwindle. This is known as the tragedy of the commons.

But when one or a few individuals or a community or certain group, is given ownership and responsibility to look after such resources, they are thought to take it more seriously, and help initiate programs and protocols to ensure its protection. Plus, incentives, like in this case earning money from tourism or hunting, will ensure that interest in conservation doesn’t wane.

Some studies have found privatization efforts in Southern Africa have worked. Is it transferable?

Some studies have found that the privatization programs Wilson speaks of were successful. A 2000 study examining ranches in Namibia, Zimbabwe, and South Africa, found that around 20% helped manage wildlife, at least sometimes. Bigger gains were found in Zimbabwe. But these small instances don’t offer enough evidence to establish concrete, reliable trends.

Wilson argues that land owners incentivized by businesses involving wildlife would restock their numbers, monitor their health, and reestablish animal populations. He also claims that southern Africa today has larger numbers of at-risk wildlife than a century ago, while in other parts of the continent, the same such fauna hasn’t fared as well.

Wilson’s idea, first proposed by Lawrence W. Reed in 1988, leaves a lot of questions unanswered. Animals generally roam free for example. Would they be penned in, if they became someone’s property? Would those who had such animals care for them, or would they abuse or neglect them, like what’s been reported about zoos and animal-based theme parks.

In cases in America, it will certainly be difficult for ranchers to support the protection of wolves, regardless of whether or not they are endangered. And what if corporations bought up land in order to acquire mineral wealth in a protected animal’s habitat? Would such a program be a way for the elite to hoard endangered species and do what they will with them? One thing is for certain, something must be done soon if we are to preserve the planet’s wildlife. Some scientists have even question whether or not it’s too late to even attempt to save endangered species at this late date.

To learn more about how wildlife is affected by climate change, click here: