Taking Photos Improves Certain Kinds of Memories and Weakens Others

The results have implications for consumers, educators, and business people. 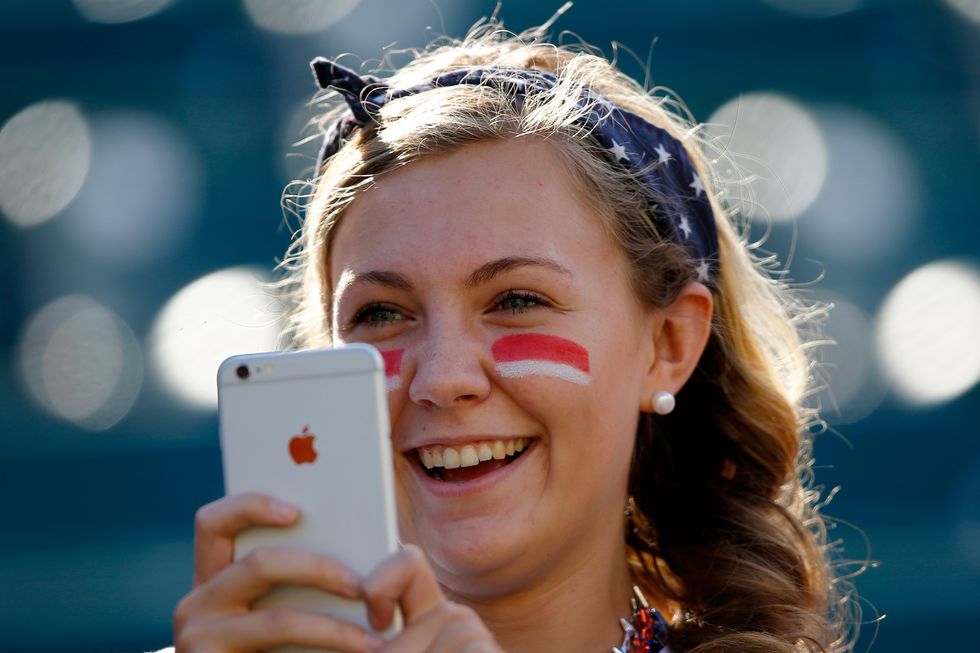 I lived in East Asia from 2009 to 2011. At that time, I visited five countries: China, Japan, South Korea, Vietnam, and Thailand. As you can imagine, I took a ton of photos, the best of which were loaded to my social media pages, so that my friends and family could be a part of it, and see what I was seeing. But I always wondered if all those shots added to my enjoyment and deepened my memories, or by being preoccupied taking them, degraded my appreciation and recollection. A recent study out of The Wharton School of business has the answer.

Professor Alix Barasch went through a similar line of questioning. “I did a Fulbright in Hong Kong and Macau,” she said during a recent phone interview. She wondered how picture taking influenced her experience and memories of it, and decided to investigate. Now an assistant professor of marketing at NYU’s Leonard N. Stern School of Business, she co-authored this study as part of her thesis at the University of Pennsylvania. Prof. Barasch told me she came into her PhD. through photos. As a consumer psychology expert, it’s a topic she’s been studying for the past five or six years.

Barasch started to think about the goals people had when taking pictures. Did they do it mainly to preserve personal memories or rather, to share their experiences with others? Although people feel rather strongly about how photo-taking affects them, she said their results were consistent with studies on visual memory. “Most people think photo-taking is super-distracting, that it always take them out of the moment,” she said.

Is photo-taking distracting or does it help you to remember an experience? Getty Images.

In actuality, taking photos can boost our memory for visual content, she and colleagues found. While taking a mental photo had a similar effect. The downside is that photo-takers remember less non-visual information. It’s a constant rule in biology and perhaps life, when you get an advantage somewhere, you’re taking away from someplace else. There’s an opportunity cost that comes with every characteristic or decision.

Prof. Barasch and colleagues found that you didn’t even need a physical camera or phone. Study participants who took “mental pictures,” remembered just as much as those who actually snapped off a few. And finally, participants who were allowed to take photos during an experiment remembered more of the visual environment, even things they didn’t personally shoot. Their results were published last August in the journal, Psychological Science.

The researchers conducted one field test and three lab experiments. The field test took part at the Penn Museum, specifically in the Etruscan exhibit. The Etruscans were an ancient Italian civilization thought to be the precursor to the Romans.

Taking photos on a trip can help you remember details about it. Getty Images.

297 volunteers took part in this study. Half were undergraduates at the university, the other people from the nearby community. Their median age was 20. They didn’t know anything about the experiment beforehand. Participants were given a short overview upon arrival and an iPod with an audio guide.

Half the group were asked to leave their phones with study authors. They’d get them back at the end. This was so they wouldn’t take photos. But nothing about photo taking was mentioned.

With the other group, they were told to take photos as they normally would. In the end, each participant filled out a survey modeled after those used in traditional memory studies. This was tailored to the artifacts participants had seen.

Some of the questions were visual ones, where they had to recognize some visual aspect. Others were auditory questions from something they had heard in the audio guide. Turns out, photo-takers had increased visual memory.

“The act of taking a photo directs your energy towards visual information in your environment. That’s really important.” After all, everyone nowadays has an easy-to-use camera at their fingertips at all times. And think about all the photos you see in your social media feed every day. What impact is this having?

Will your food taste as good, after you’ve taken a picture of it? Getty Images.

What we do know is you might not want to snap a photo of your food before you eat it, else you’re likely to concentrate more on how it looks than how it tastes. Restaurateurs meanwhile, may want to think twice about allowing photographs inside, even though things like Instagram can help them fill seats. In the long-term, their kitchen-based efforts could be dulled. If you’re at a concert, maybe put your phone away and enjoy the music. But if you’re seeing a sunset or the Grand Canyon, by all means snap away.

312 volunteers took part in the lab studies. This time, the subjects walked through a virtual art gallery and wore headphones, which provided an audio tour. Half of them had a camera button, giving them the ability to take photos or not. Those who did take them had the same results, improved visual memory at the cost of the auditory kind.

In the second lab study, they added a condition. Half of the photo takers (a quarter of volunteers overall) would have their photos erased at the end. The other half could keep them. Yet, they found no difference in what visual content photo-takers who couldn't keep their photos remembered. And in the last leg, the condition changed. Here, half of photo-takers had a camera button, while the other half were told to take “mental photos.” Even those in the latter group showed an advanced visual memories, but a poor auditory recollection of the tour.

“These findings have important implications for consumers, educators, and businesses,” Prof. Barasch said. Educators should think about how they present information and what they want students to walk away with. Businesses can concentrate on the impression they want customers to leave with. And, “Individuals may think twice now before pulling out the camera.” Now that we understand how picture taking affects us, we can better decide whether or not to snap off a photo, by how it’ll impact our experience and memory of it.