Sweating may be why we became the dominant species on Earth

While today profuse sweating is a social embarrassment, in the past it gave us an evolutionary advantage. 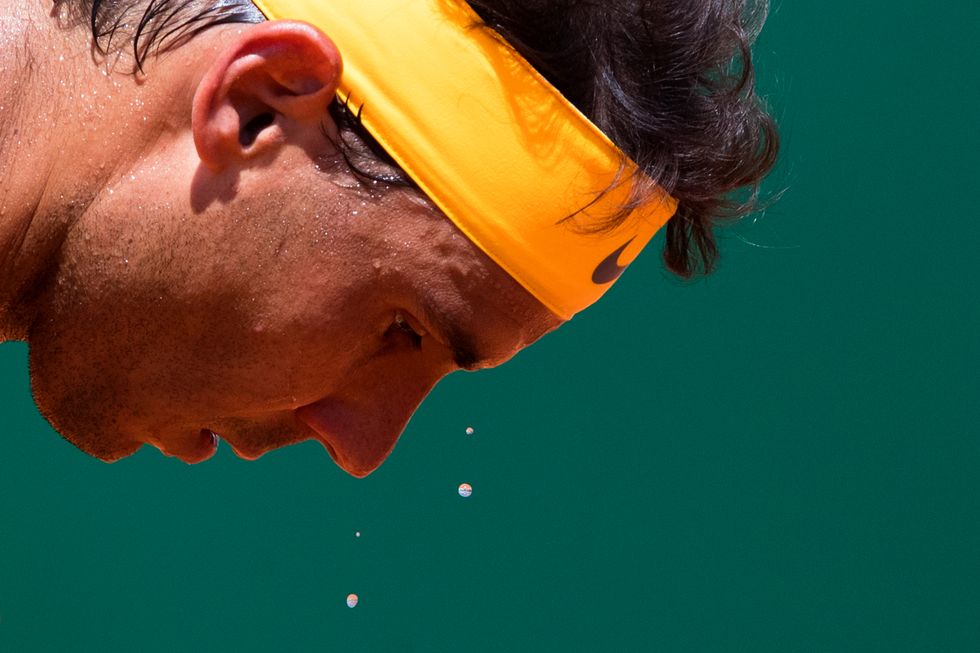 Persistence truly does pay off, even if you have to endure the perspiration that comes with it. This is true right down to the biological and evolutionary level, and is in fact how we got here, as the apex predator of the planet. Millions of years ago, digestion consumed most of the calories we ate. These days, our brain takes 20 times more energy than any other organ in the body. So for our brain to develop, we needed a higher density food. Meat—obtained from hunting and killing other animals—fit the bill.

One theory of human evolution states that our ancestors began eating meat about 2 million years ago, which rapidly expanded the development of their brains. Since meat packed a lot of calories and fat, a meat-based diet allowed the brain to grow larger. But how did early humans get that meat?

One way was eating carcasses, just like pack animals of today still do. The human tapeworm evolved from the kind that infects dogs and hyenas, which means that at some point, we must’ve fed on the same carcasses as them, and came into contact with their saliva. But this wasn’t the only way we obtained meat.

Early humans must’ve taken part in hunting too. Yet, hominins didn’t begin using stones and sticks for hunting until about 200,000 years ago. So between 2.3 million and 200,000 years ago, how did early humans hunt? According to journalist and writer Christopher McDougall, author of the book Born to Run, we ran game animals to death in order to feast upon them.

The ability to run long distances and sweat—so as not to overheat, allowed our ancestors to wear out other animals. Sweating was the key factor. Consider a gazelle running over long distances and being chased by our progenitors. The fact that they can sweat and the gazelle can’t means they can last far longer in the heat of the African Savannah. Game animals like the gazelle over time become overheated and have to stop to catch their breath, allowing early hunters to make short work of them, a strategy we call today persistence hunting. After about five miles or so, a gazelle needs to stop, rest, and breathe, or risk damaging itself, even dying. Such an animal can only fully extend its diaphragm when not running, while walking upright freed our ancestors from such an issue.

Human sweat is actually a very efficient cooling system, arguably the most effective in the animal kingdom.

Research shows that several traits simultaneously evolved around the same time, about 1.89 million years ago. These were walking upright, hairless skin, sweating, and the ability to run great distances. One reason for all of these rapid changes might have been climate change. The Earth warmed over this same period, shifting the habitat from forest to open grassland, and allowing our ancestors to walk upright and even run in open space. It may have also forced them to hunt animals for food.

Sweating, in addition to being a highly advanced cooling system, may have also acted as a defense mechanism. Anyone who’s ever played shirtless tackle football in the summertime knows how hard it is to catch someone who’s slick and sweaty. So the next time you’re sweating bullets in some social situation, take a moment to calmly reflect on the fact that despite the awkwardness of your perspiration, this biological function is the main reason why you’re able to suffer such indignities in the first place.

To learn more about the science behind sweating, watch this: