Should We Reclassify Marijuana as a Hallucinogen?

A lot goes into classifying a drug, not only it’s effects but how it alters the brain. 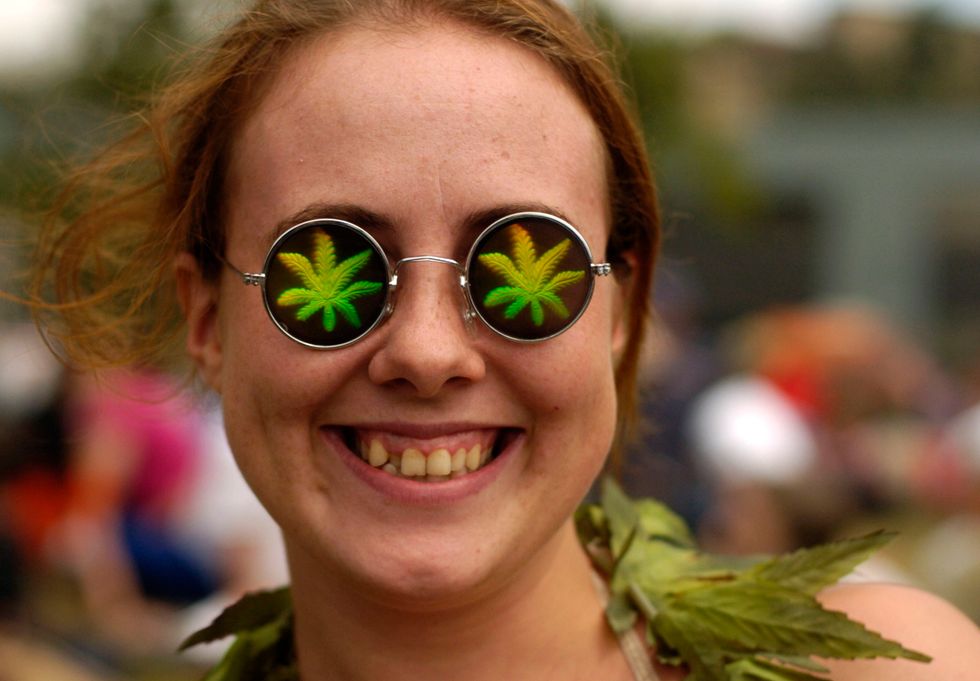 Marijuana has been hard to classify, historically. It doesn’t fall neatly into any of the other categories, be they stimulants, depressants, opioids, or what-have-you. As a result, it’s be dropped into a slot all its own. At a recent psychedelics conference in London, New York psychologist Julie Holland suggested a recategorization for cannabis, as a hallucinogen.

Her reasoning, it can cause "dehabituation," or the ability to see an issue from a completely new perspective. According to Holland, "The thing that I'm interested in with cannabis is how it does this thing where everything old is new again." Such an experience is very therapeutic. Consider being able to suddenly see a traumatic memory differently, and to frame it in a healthier way.

Currently, not much is known about marijuana’s effect on the brain. Some research shows that chronic use can increase the risk of psychosis. Psychosis however, is defined in a very specific way. It’s considered either becoming overly paranoid or experiencing hallucinations.

Marijuana’s inducement of dehabituation may be useful for clinical purposes. Getty Images.

Some research suggests that chronic marijuana use doesn’t cause psychotic disorders, but may be a catalyst to an episode that’s already developing. In other words, it’s those who suffer from mental illness who gravitate toward chronic marijuana use, perhaps to self-soothe. But they’re also barreling toward an episode.

So how would dehabituation work therapeutically? In this case, a therapist would have a patient use marijuana and then take them on a guided trance, in such a way as to install a healthier viewpoint in them. Could such a thing be done?

Some fear marijuana use alongside psychological treatment could trigger a mood disorder such as anxiety or depression. But a well-regarded study recently upended such claims. It may cause problems in the developing brain however, particularly in those between adolescence and age 25. There are conflicting views. If it were cleared, cannabis therapy would have to be performed only on those over a certain age.

Marijuana’s psychoactive ingredient, delta9-tetrahydrocannabinol (THC), can cause “neural noise.” This is experiencing a stream of random, unrelated thoughts, or even a hallucination. The person feels the effect of neurons becoming overactive inside their brain. These electrical disturbances, in marijuana’s case, calm down quickly. Over the course of some minutes, the patient enters an altered state, losing touch with reality and then returns. Most psychedelics meanwhile, last for hours.

Chronic marijuana use may be detrimental to those under age 25. Getty Images.

According to Dr. Holland, "In psychiatry it seems that cannabis is grossly underused and understudied." Most marijuana studies have looked at it as a way of alleviating the side effects of say cancer treatment or severe epileptic disorders, offering pain relief, dampening Parkinson’s, and mitigating the symptoms of other serious illnesses. Few have looked at it for mental health treatment. Some of those studies do show that it may be helpful for treating PTSD, anxiety, or depression.

Meanwhile, a growing body of evidence shows that psychedelics can be useful in overcoming psychological disorders. Research has found that LSD can help addicts and alcoholics overcome addiction. Psilocybin, the active ingredient in “magic mushrooms,” was shown to help cancer patients overcome depression and anxiety. Meanwhile, MDMA has successfully treated PTSD.

As a result of these and other findings, medical research on psychedelics has increased in the last 15 years or so. Even so in the US, marijuana and most hallucinogens are considered schedule 1 narcotics under the federal Controlled Substances Act. Therefore, research on such drugs has been limited. Gaining approval from multiple federal agencies is required, to study either one, which can take years. Even so, interest in using both marijuana and hallucinogens for therapeutic purposes is growing.

Marijuana and psychedelics like LSD and psilocybin, may interact differently within the brain, discouraging reclassification. Studies using the brain scans of patients on psychedelics show that their brains make new connections with disparate parts. Different regions may interact with the visual cortex for example, allowing those on acid to smell colors or visualize music. No such equivalent has been witnessed in marijuana users.

Chronic use of marijuana effects the orbitofrontal cortex, the nucleus accumbens, and the amygdala. The first has to do with decision-making and information processing, while the second and third are both part of the brain’s reward circuit. The amygdala is also the center for our emotions.

Could neural noise and the experience of dehabituation, no matter how brief, lead to marijuana’s reclassification? Probably not. It would be of little value, since they’re both are at the same classification level. Would there be any other advantages in seeing marijuana reclassified?

Not really. What a growing number of researchers, policy makers, and journalists are saying, is that there needs to be a change in the classification of both marijuana and hallucinogens in the US, on the federal level. These drugs aren’t deadly, have no long-lasting side effects, and aren’t physically addictive.

A rescheduling would allow for more research, so we can better understand how they affect human health, and if these drugs can be leveraged effectively for clinical purposes, with minimal side effects. Despite obstacles, Holland and colleagues are working on a study which will assess whether or not marijuana helps reduce PTSD symptoms. Veterans have been claiming it does since the Vietnam War era.

To learn more about the use of psychedelics to treat psychological issues, click here: