Should 18 Year-Old Men Bank Their Sperm?

While some experts say it will help preserve the health of a country’s population, others call it unethical. 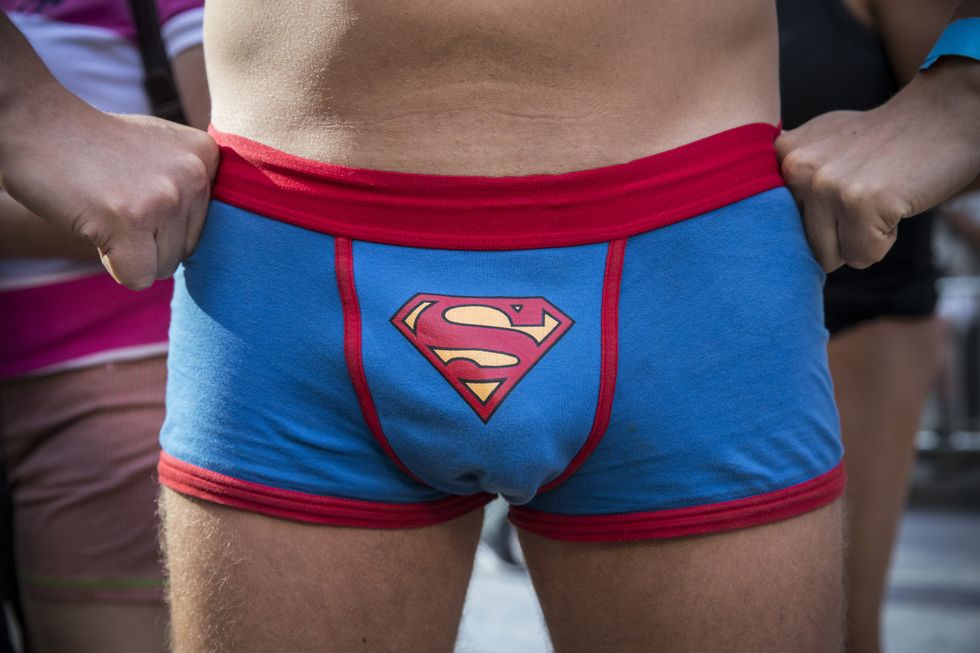 18 is the age of peak fertility for men. But few are ready to start a family at that age.

Many young, career-minded women today, who still want to have a family in the future, are freezing their eggs. Peak fertility for women is between the ages of 23 and 31. After age 35, it begins to decline. But due to the fact that Millennials are delaying children to focus on their career, today many more women are freezing their eggs, in hopes that it will give them the option when they are ready. The American Society for Reproductive Medicine (ARSM) approved the procedure in 2012. Some 5,000 babies have been born from frozen eggs, since.

Freezing one’s eggs is not a guarantee of future fertility. The procedure currently has a two to 12% success rate. That hasn’t stopped companies, like EggBanxx and the Shady Grove Fertility Center, from hosting "egg freezing parties,” where wine is served, mingling occurs, and questions are answered.

This procedure is becoming more and more commonplace for women, despite the expense. So much so that Apple and Facebook recently announced kicking in $10,000 for female employees who wanted to undergo it. Now, a bioethicist in the UK is suggesting that young men bank their sperm in order to ensure a better chance at healthy offspring, should they decide to start a family later in life. Not only that, he proposes that the National Health Service (NHS) pay for it.

Past age 35 sperm degrades. More mutations are present and the chances of disorders increase.

It was once thought that the age of the father was inconsequential. In the last five years, more and more research lends to the idea that men have a biological clock, and that male fertility drops significantly after age 35. Older sperm are more likely to carry mutations. This can lead to miscarriage and a higher chance of the child developing schizophrenia, bipolar disorder, autism, obesity, and more. Yet, the reasons why sperm declines with age are not well known.

Dr. Kevin Smith of Abertay University in Dundee, Scotland believes that someday, young men banking sperm will be considered normal. Though on a personal level, an older father has a small chance of causing complications to his offspring, statistically over an entire population, such as the UK, such issues become more likely, Dr. Smith argues in the Journal of Medical Ethics.

The plan has other criticisms beyond cost. Andrology professor Allan Pacey at the University of Sheffield called the suggestion ridiculous. Among the reasons, sperm doesn’t do well once frozen, which is why sperm banks are in constant need of donors. Another thing is that for each individual, the risks are statistically too small to make much of a difference.

Will humanity begin to rely on IVF for reproduction? If so, what are the repercussions?

Chairman of the British Fertility Society, Professor Adam Balen said the plan gave young men a false sense of security. “Technology does not guarantee a baby,” he said. While embryologist Stephen Harbottle at Cambridge University called the idea, “unnecessary scaremongering.” After all, no specific evidence points to a need for such a program. He also called it ethically and morally unacceptable. Dystopian sci-fi works, such as The Matrix and Brave new World, have long warned that artificial means of human reproduction can be used as a way to exercise control.

These concerns haven’t stemmed an increase in young men banking their sperm, however. In fact, the option is gaining. Scott Brown is the director of communications for the California Cryobank. He told the website Fusion that they’ve seen a slight uptick in younger men banking their sperm. Grace Centola of the New England Cryogenic Center told the Boston Globe that she has seen an increase among men in their 20s and early to mid-30s.

Medical ethicists, reproductive specialists, and others will continue to debate whether young men banking their sperm is a good idea. Meanwhile, a growing number of fertility experts today are calling for people who desire to have a family to consider fertility when planning out their life goals. Others are calling for systemic change in the worksphere and policies pertaining to it, and more resources and programs for family leave and childcare, to support new parents and allow those who want to have a family better support.